Johnny Manziel Helps Raise over $80,000 for Scholarships at Texas A&M

Share All sharing options for: Johnny Manziel Helps Raise over $80,000 for Scholarships at Texas A&M

Johnny gonna Johnny. To help raise money for Texas A&M scholarships, Aggie Heisman winners Johnny Manziel and John David Crow autographed six helmets from Aggieland Outfitters to auction on this summer's Coaches Night tour. In total, the helmets took in $81,600. Aggieland Outfitters will donate an additional $1,000 to the Houston A&M club which raised the most money for a single helmet at $18,000. AO's Director of Marketing and Communications Dallas Shipp noted that Johnny "does a lot of things for Texas A&M, and this is just one example... The national media just doesn't seem to be as interested in these 'off the field activities' that don't involve a negative story line." 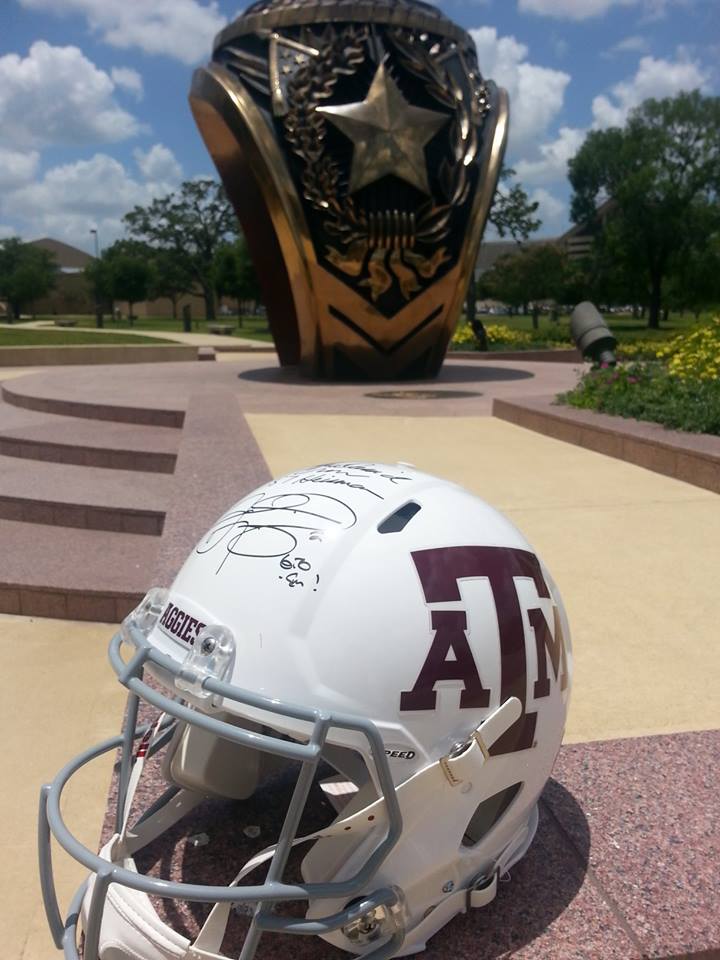 None of the students who will enjoy the scholarship money raised are named Johnny Manziel. At first glance, it appears that Johnny did something selfless and is using his celebrity status to do great things for his community. But someone with hotter sports takes than I might ask why Johnny was signing helmets instead of preparing for Alabama or rescuing more stray animals. If you bother to look, you will notice a pattern of charitable behavior from Johnny Manziel including playing golf to increase awareness for children's cancer and rallying around 5 year-old neuroblastoma patient Charlie Dina. I say instead of throwing a beer at him, you should buy this young man a beer... AFTER HE TURNS 21, YOU MONSTER.

Don't get me started on John David Crow.