Aggie Athletics released the 2013 football media guide this afternoon and it is full of goodies.

Ags, we are getting closer and closer to kicking off the 2013 football season. 38 days, to be exact. An annual ritual is the release of the media guide, packed full of goodies like info on Texas A&M University, the football team, coaches, and detailed bios of your favorite Aggie Football players (Toney Hurd Jr.). Below are some of my favorite excerpts from this year's guide, which can be downloaded here for your viewing pleasure.

First, here are some quick facts on Texas A&M University. Memorize them for quick comebacks with co-workers who support rival schools. If said co-worker is from Texas Tech, don't even bother.

Next, the marketing department informs us of the proper logo usage for Texas A&M. I feel like the look of this section was inspired by your very own Good Bull Hunting crew. 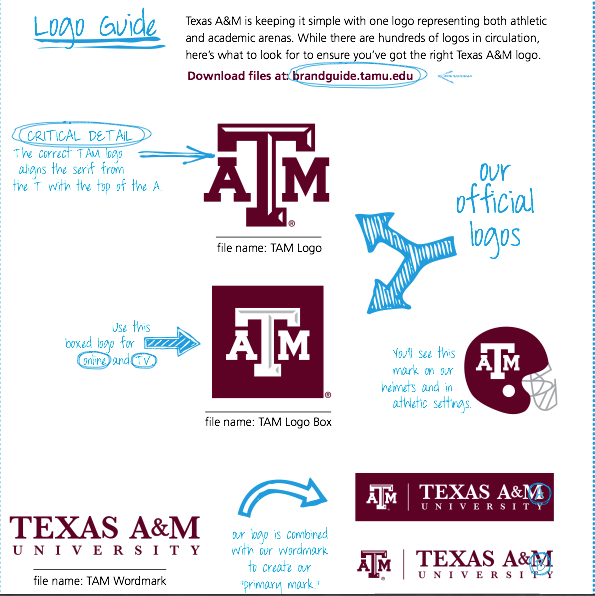 There are also naughty logos out there. Don't use them, or Jason Cook will hunt you down and rip the head off of your Texas A&M Yell Leader Barbie Doll. That means you, TexAgs user Old Main. 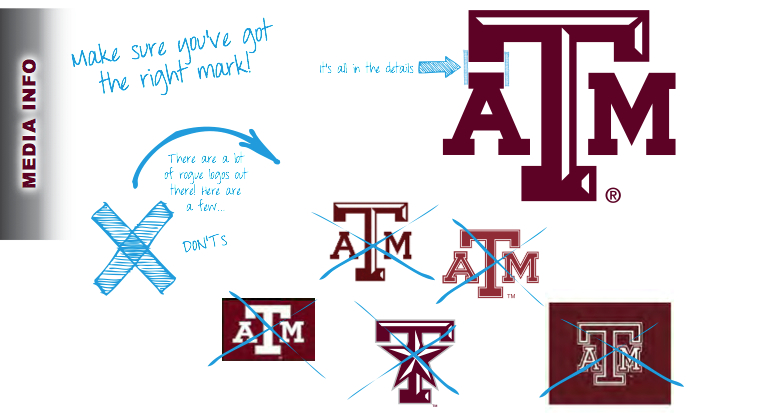 Now let's get down to some football. Here are a few interesting headliners entering the 2013 season. Did you know that 17 players on the two-deep for Texas A&M are either incoming freshman or players who redshirted last season? HOLY INEXPERIENCE BATMAN. 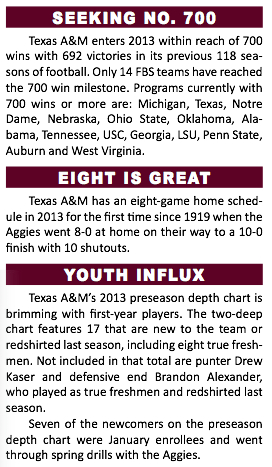 Moving on to streaks entering 2013... I love these. Texas A&M won back-to-back bowl games in consecutive seasons ('11 Texas Bowl, '12 Cotton Bowl) for the first time since 1939 (Championship, BABY) and 1940! That is an incredible, and terrible, factoid.

Finally, we hit the roster portion of the media guide. Here is an official two-deep depth chart entering 2013 Fall Camp. Note that only freshmen who participated in Spring Practice are listed. Everything is clearly subject to change once Fall Camp kicks off. Not listed here is Jake Matthews who will deep snap on PATs and FGs and De'Vante Harris and Sabian Holmes are listed as punt returners for now. The freshmen should have something to say about that. The Williams nightmare duo of Trey and Brandon are listed as KR. This is fairly similar to SpreadsheetAg's depth chart that was released today as well. There are only minor differences and Spreadsheet's is more comprehensive, in my opinion. 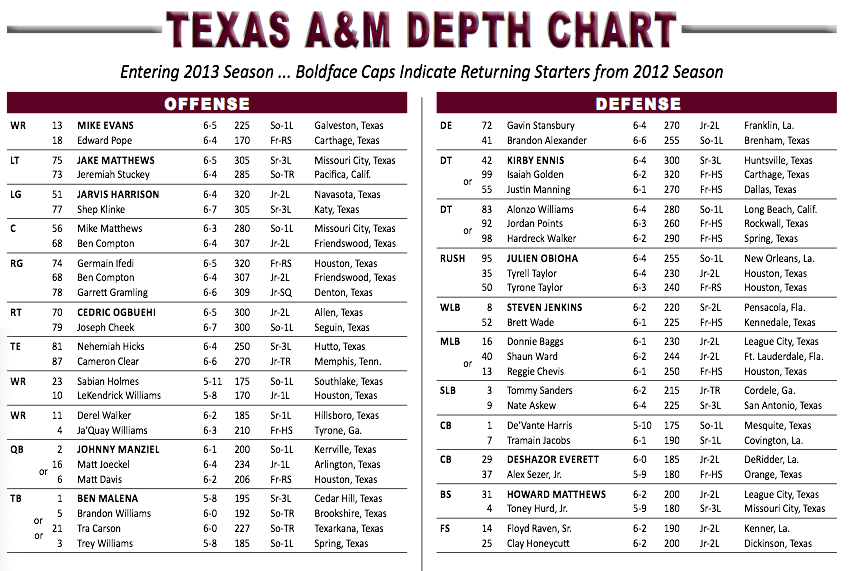 And finally, my favorite part of this year's media guide -- a walk-through of Kevin Sumlin's coaching career. Let's just sit in silence and admire.