Hullabaloo #4: What is your second-favorite college football team?

Continuing our offseason roundtable series, we Aggies discuss our subordinate rooting interests. Leave us a note in the comments section to tell us who else you root for and why.

Share All sharing options for: Hullabaloo #4: What is your second-favorite college football team?

After Texas A&M, who is your second-favorite team in college football and why?

Lucas Jackson, cajun: I am the "Oveja Negra" in my family. The entirety of them are all LSU alumni: Grandfather, Grandmother, Father, Mother, Sister, hell, even my cousin is on the board of the Tiger Foundation, LSU's version of the 12th Man Foundation. At 17, I decided that I would do something different for college.

I was raised on LSU. These were days before ESPN Gameday and the like, so we only got the CBS game of the week. The rest of the time it was listening to radio. I only really remember watching the LSU v Bama games which were always televised. I also caught the bowl games. My first memories are of Eric Martin, Wendell Davis, Dalton Hilliard, and Tommy Hodson and the 1986-88 LSU teams. After that things went to complete shit. Archer's teams went to pieces and then came Curley Hallman and Gerry Dinardo.

I attended boarding school in Chattanooga, TN. (McCallie). I was surrounded by other students from all the SEC states, and bragging rights for LSU were scarce in those days compared to Alabama, Georgia, Tennessee, and Florida. Yet, I clearly recall when LSU upset defending national champion Alabama in 1993. I posted the Monroe News Star Headline and photo to my room door for all to see. (I still have it in my scrapbook).

Part of my reason for wanting to attend A&M was that at the time LSU was terrible at football and A&M was awesome at it. In those days LSU and A&M played every year, usually on labor day weekend and the opening of dove season. I'm a country boy, there are few things I love more than Labor Day weekend, but year after year, A&M would just ruin everyone at the annual dove hunt's day. It sucked.

So, I went to A&M partly because of good football, partly to piss my family off, but mostly because A&M was the best agricultural engineering school in the nation and damn hard to get into out-of-state. As a teenager, I was quite vain.

I graduated from LSU Law recently and enjoyed my time there rooting for the Tigers, but its not the same as it was when I was younger. I really don't care. I bleed maroon only now. I don't root against the Tigers, but now that they are SEC foes, I do want them to lose more games than us.

stringsays, B1G man: I was born in Columbus, Ohio, and since that time I've always been a Buckeye fan... my mom worked there for a short time, and my dad got his MBA from there as well. I suppose you could say that it's in my genes. Even though I went to grad school at a large SEC school, I've found that the only other team I can genuinely ever care for (besides the Aggies) are the Buckeyes. I'm not nearly as emotionally invested in them as I am with A&M (which is a good thing). When Ohio State loses i just kind of shrug my shoulders and say "oh well" and move on... as opposed to curling up in to the fetal position and becoming mute for a few hours after A&M losses. 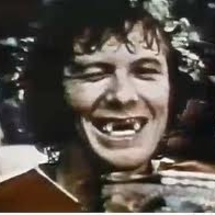 ColoradoAg, golden domer: Surprise, surprise. My other favorite college football team is the Notre Dame Fighting Irish. My mother loves college football and was a student in Notre Dame's second class of girls. She was college pals with Joe Montana and beat into my soft skull as a baby everything Notre Dame. We went to many games over the years. For the 1991 Orange Bowl against Colorado (a team I HATE), we went to a watch party filled with Buff fans. I was 7 years old, wearing my Hutch ND uniform and talking shit (I was mouthy even as a wee lad).

I kicked a wall so hard that I fainted and woke in a bed not knowing what happened.

Anyway, Colorado led late in the game 10-9, and the man himself, Rocket Ismail, was back deep to return a punt. He takes it to the house, I go apeshit, and start talking serious mess to adults only to find... a flag on the play. A clipping call that I still disagree with. I kicked a wall so hard that I fainted and woke in a bed not knowing what happened. My maturity didn't evolve much, but I was fortunate enough to earn my MBA in 2012 at Notre Dame and loved the experience. ND and A&M have more in common than meets the eye, and I love them both. 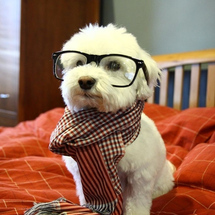 oscarwildecat, commodore: Perhaps it’s the number of family and friends that have attended the school, or maybe just my contrarian nature – or possibly just that kickass ‘Star V’ logo that finally has returned - but Vanderbilt University football has both captured my heart, and crushed it repeatedly as a 2nd rooting interest since my childhood. Let us consider a quick Wikipedia entry:

In my lifetime alone, this is a school that can count Watson Brown, Gary Dinardo, Rod Downhower, Woody Widenhofer, AND Robbie Caldwell as head coaches. Please read that sentence again, and bask in the glory.

My love was probably truly cemented on a rainy November 2000 day, when, dizzy with the quality, quantity, and gregarious nature of a Theta house party the night before, and after stumbling through the gorgeous Nashville campus, I arrived to a half-empty stadium and watched Rex Grossman absolutely destroy a hilariously outmatched Commodore secondary, 43 to 20.

Not one to let the defense hog the spotlight, Vanderbilt starting quarterback Greg Zolman finished 14 of 38 for 139 yards, five manly interceptions, and zero touchdowns. (In an extremely-Vandy postscript, Zolman bounced around the NFL before receiving his MBA, worked for Morgan Stanley and now helps run a prominent hedge fund - and most likely steers Rex Grossman’s financial advisors into repeatedly horrible short positions.)

So for those of you eyeing the James Franklin bandwagon with suspicion, pay no mind to the repeated late-game collapses, the program history, or even Jay Cutler eying you creepily over there in the corner. Focus on Nashville. Focus on the Theta house. Give Bobby Johnson a hug. And enjoy. 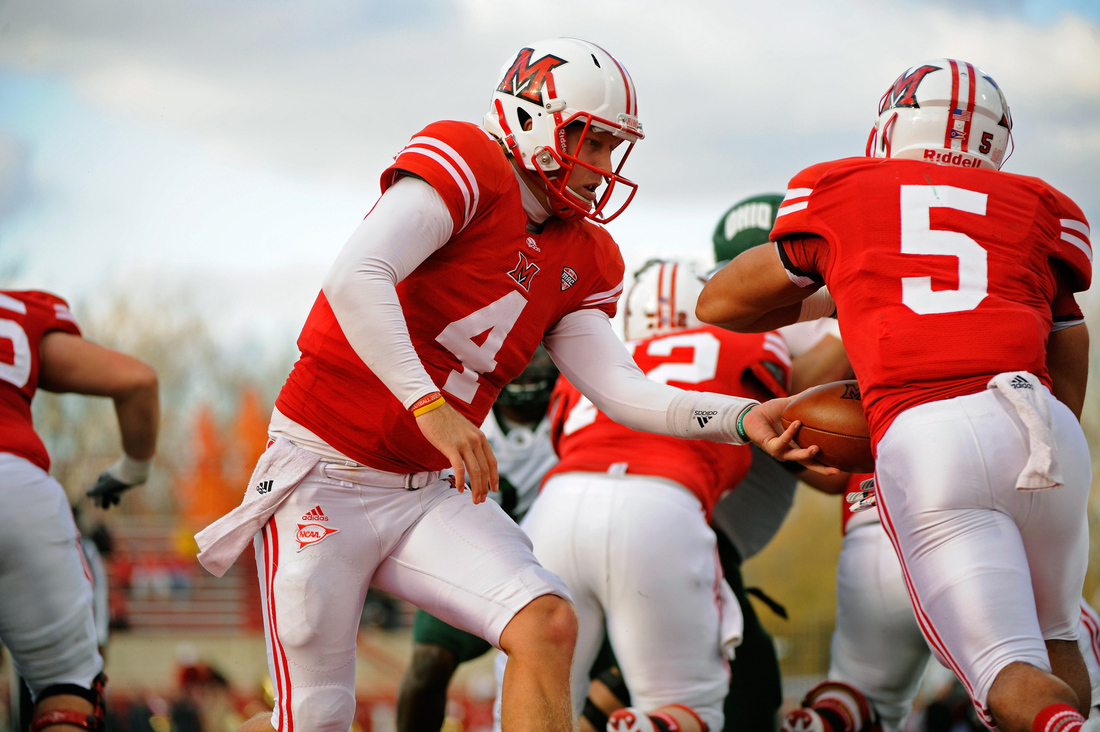 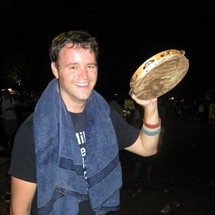 doug.keegan, roethlisberger: Can't say that I've ever had any long term affinity for a team other than the Texas Aggies. Not even as a child. But forced to pick a team, I'll go with Miami of Ohio. Why? The whole "cradle of coaches" mythos? No, the 2003 season, when the Redhawks featured Ben Roethlisberger shredding woefully slow and undersized MAC defenses. That team ran roughshod over Vegas spreads and totals, an ATM-on-turf. So, thank you, Redhawks. You made Fall 2003 a most profitable season. Consider this my valentine.

Dr. Norris Camacho, land thief: My initial answer to this is usually that I don't really have one. My parents both went to Southwest Texas (Texas State) and they were never on TV when I was growing up (this was in the days before the LHN). My grandpa is an Aggie, and they were, so that's who I watched. I am also a regular follower of college football as a whole, so a lot of the teams I like to watch change every few years as players and coaches move on.

However, I've never been able to foster any kind of disdain for Oklahoma even after we moved into their division and started losing to them repeatedly for a decade. I have family who went there also, and my great-grandfather actually played football there after he came back from WWI. As far as I know, he's the only person I'm related to who ever played college football, so I kind of like that. Stoops, despite his recent quirks and hypersensitivity, is a hell of a coach who resurrected a struggling powerhouse. I don't mind hoping they win their conference every year now, as long as we repeat what we did in January whenever we happen to meet in bowl games from here on out.

cuppycup, loyalist: I don't give two shits about any team besides the Aggies. My rooting interests are centered entirely on how other games affect Texas A&M and who is playing the teams I hate. I am trying to fake SEC pride. I grew up as a nomad, wandering from place to place. After attending a great number of pro and collegiate events in many sports and across many cities, I can honestly say that if it isn't maroon and white, I just don't care. Unless we're talking about FCS. 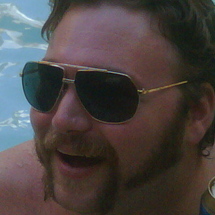 thacktor, cheerleading admirer: In terms of teams to watch due to entertainment value and uniform options, I gotta go with Oregon. They have Nike money, a crazy offense and uniforms designed by what appears to be a chrome enthusiast on an acid bender. What more do you want out of a team? 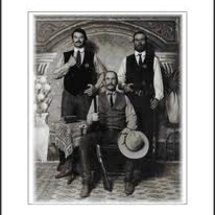