You know, it's too bad that Von Miller never got to attend SEC Media Days. Sure, he's a pro now at answering indescribably inane NFL reporters' questions, but I'd like to think this would be him the first time he took the podium and fielded a scripted newspapermumble about competing with SEC speed: 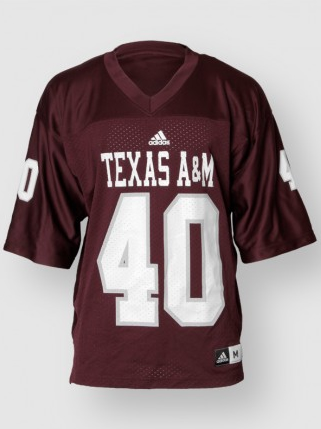 Happy Wednesday, campers. Of course we all know that it's A&M day in Hoover, so here's your schedule for CT:

No word on whether or not Jake will be sporting cowboy boots like Luke last year. I'd personally rather see Toney explain the Sharkin' movement to the uninitiated. But we all know that most questions are going to be about that one other guy with them.

KKeepin' it real. Holly Anderson at Grantland takes a good look at the first year Red Raider coach. How the hell are we supposed to root for Tech to fail abysmally with the old OC at the helm?

Media Day 1 in the books. Spencer Hall gives us the only day 1 recap we really need to read. On South Carolina's coach:

Continued airing of grievances. Mentioned SEC scheduling. Also mentioned that Alabama and Georgia didn't play the top three other schools from their divisions. Mentioned how this might not be the fairest thing. Took out a can of spray paint. Wrote "TOUCHDOWN, SPURRIER" on curtains. Lit curtains on fire. Concluded complaints.

Buckle up, folks. It's gonna be a fun show this morning. 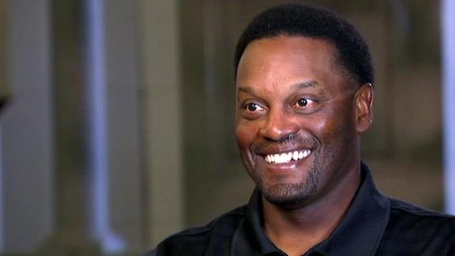