Aggie cornerback and SEC Media Days attendee Toney Hurd Jr. takes his shark persona from the gridiron to the silver screen, and we have the movie posters to prove it.

For Aggie cornerback and SEC Media Days attendee Toney Hurd Jr., sharkin' is a way of life. So when Sharknado became a pop culture phenomenon last week, we knew Toney was destined to get in on the action. We here at Good Bull Hunting proud to present Toney in "The Sharkin' Trilogy."

Movie posters for the first two installments, "Hurd of Sharks," and "Sharkdown Corner," premiered last week. Today, we're unveiling the poster for the epic conclusion to the trilogy, "Farmers Bite."

Episode I: Hurd of Sharks 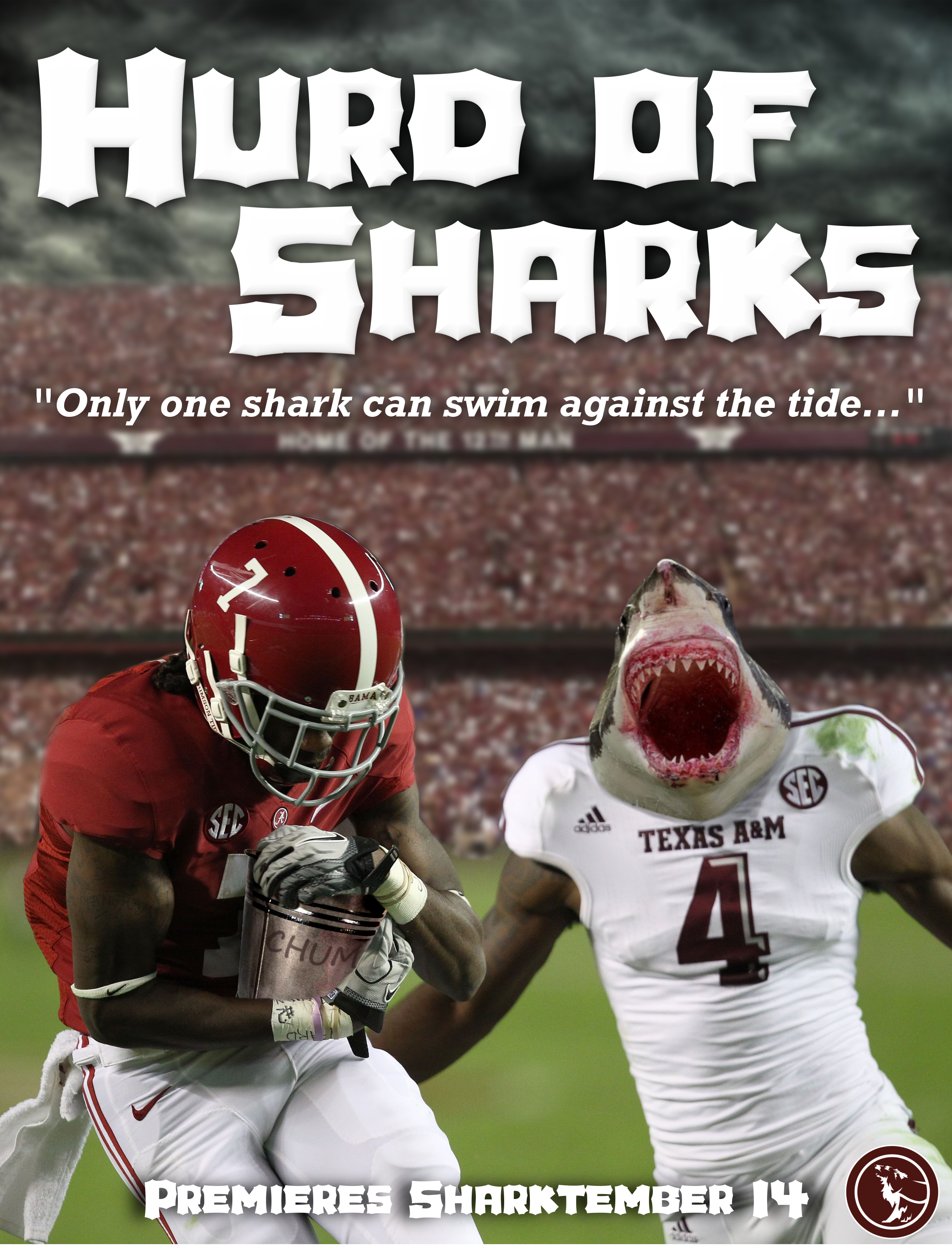 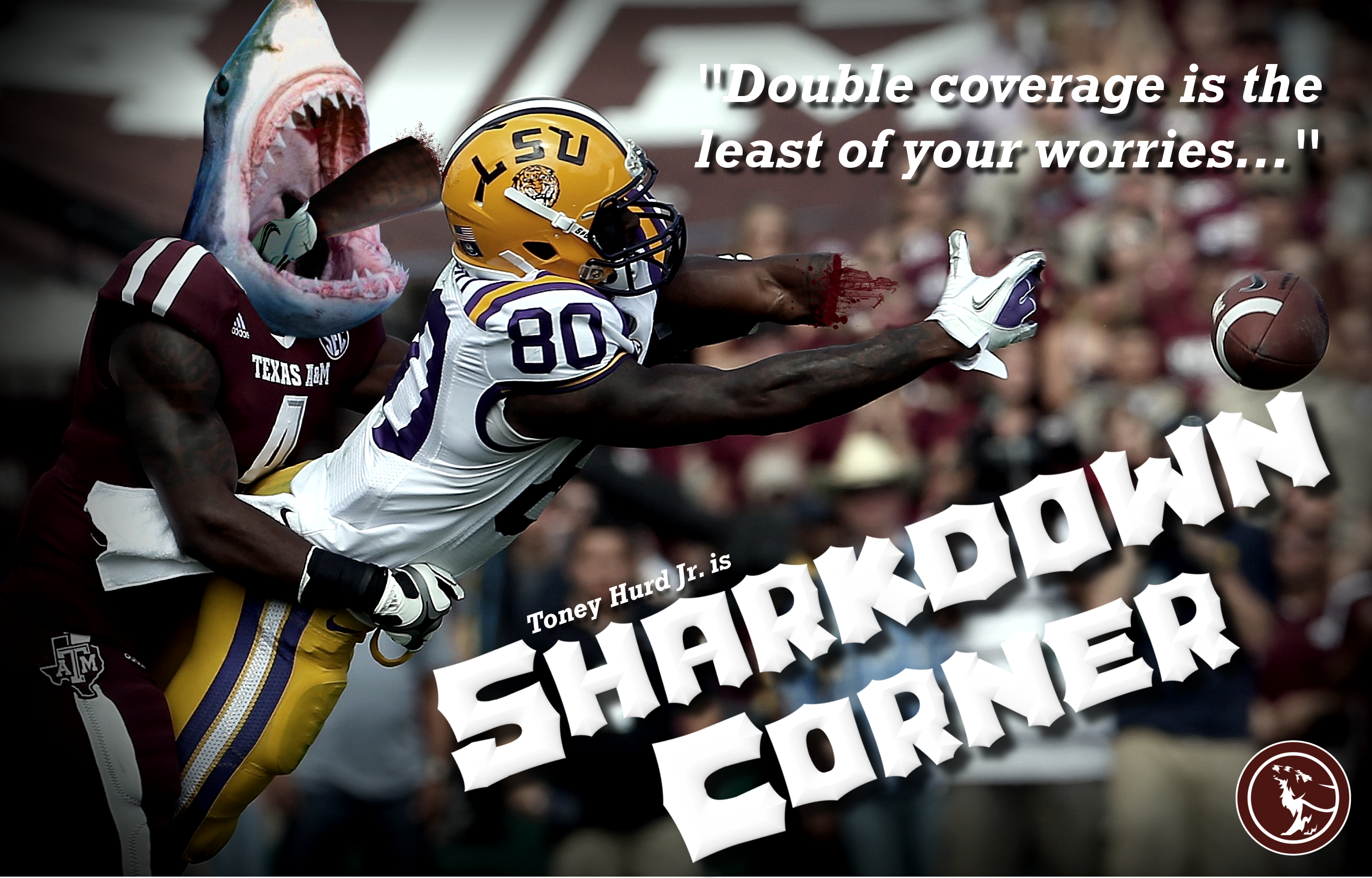 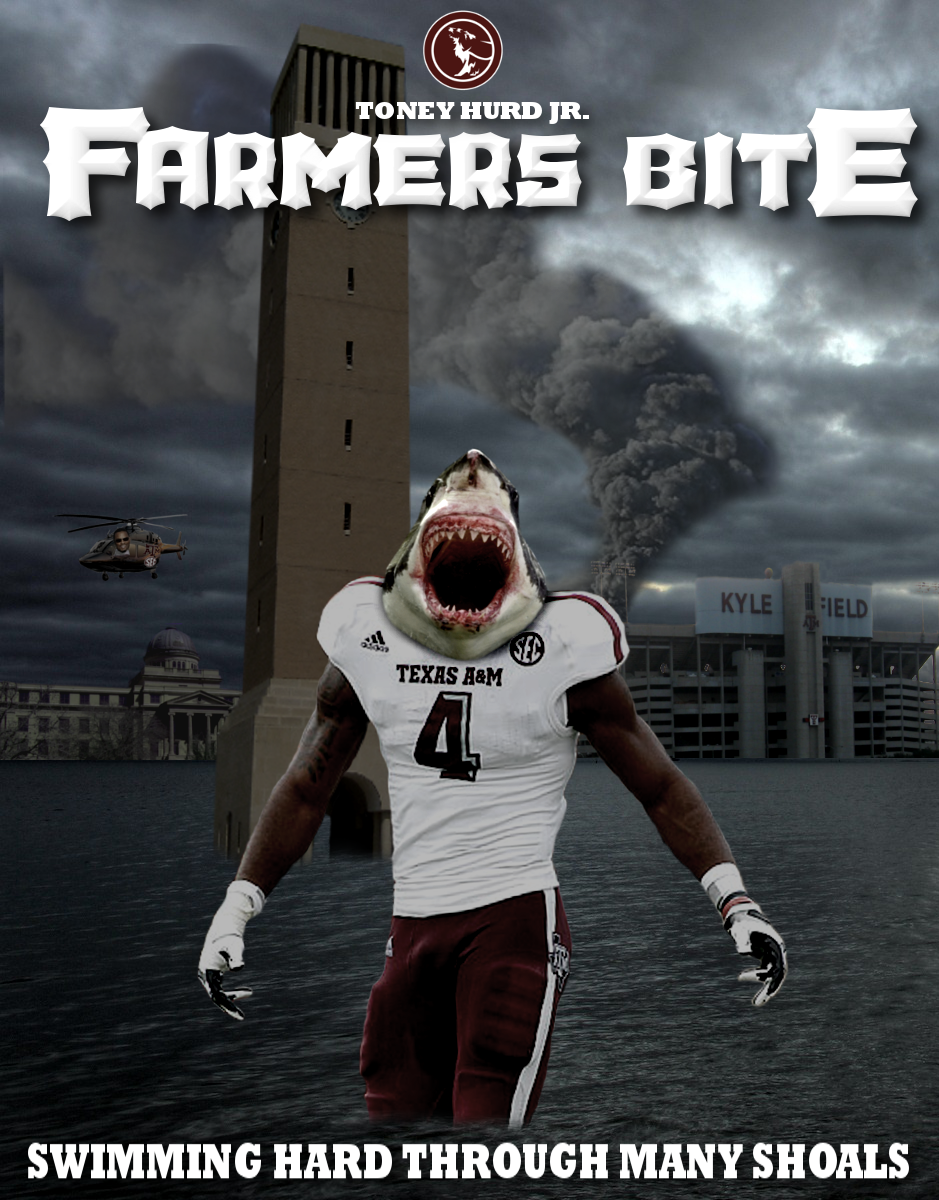