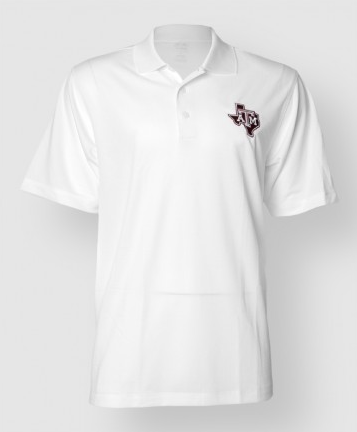 This golf polo features the state of Texas outline logo on the front and the blue and gold SEC logo on the sleeve.

YER WRONG, PAWWWLLL. There is now an AL.com article defending Johnny Manziel. And calling out Mr. Finebaum. We have entered the most hellish zone of the off-season where things begin to seem backwards and the implausible becomes commonplace. If anyone can please translate that second comment into English for me, that would be wonderful.

Podcastin'. Tune in later this morning as the guys preview Tennessee football 2013 and have a chat with this Seattle Seahawks guy about that whole 12th Man discussion. Should be fun. /gets popcorn

A word on Sharknado. thacktor and I will be producing a substantial review in the near future. This will not be easy, as words will probably not be able to do justice to just how predictably horribawesome this flick was. It had pretty much everything, and I mean literally everything that you'd expect and much more. thacktor had this penciled in on his calendar for months, but I'd like to thank friend of GBH slegg 08 for making me aware of this a couple weeks ago.

It's happening. LSUFreek and cuppycup will duel again this year.

Shark Week is great and all, but next week is gonna be Von Miller Week here on GBH. Should be a good one. And thus, your Friday gif:


Include your name, where you're from, phone number (optional), and a description of any images or videos.