The Daily Bull decided to investigate what it takes to become a sports journalist. Here is what we found.

HAVE SOURCES. According to a "source" , Johnny Manziel had a single doubtful thought last fall when he was suspended. However, according to a source reporting to GBH, DMN writer Kate Hairopolous is not actually a city of hair.

MAKE HOT SPROTS TAKES. In his "opinion" column, Sean Lester from The Battalion announces that because of Johnny's recent tweets, he thinks it's time to....

send Johnny Football down the proverbial one-year hallway in the house that is Texas A&M and straight out the front door.

The "columnist" goes on to provide further valuable insights like this one.

His accomplishments are noted but no matter the outcome of the promising 2013 season it is time to watch Manziel ride off into the sunset. Johnny Football wants out and as a selfish observer, I want him out as well. 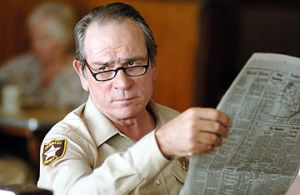 You're an observer? So am I! How marvelous. My observations? There were some obvious unintended effects from A&M terminating its journalism program. They should not have left the young to learn to write via night classes at the Rick Reilly School of Butthurt One Sentence Paragraph Journalism.

On a side note, here is a real article by a decent writer. Aubrey Bloom from GigEm247 provides a little perspective. Honestly, this is the best read I've seen on this "story".

READ TWITTER AND MAKE LISTS. The Houston Chronicle weighs in with Johnny's Top 20 tweets (according to them). No seriously, that's it. That's all it is. No writing, no opinion, no theory needed! Sign up now!

Ok. Journalism class is dismissed. Let's move on to some interesting stuff.

THIS THING EXISTS. Get your own Aggie Yell Leader Barbie/Ken doll HERE. How did this guy not make the cut to be in Small Soldiers? He's the perfect nightmare fuel! Yeah...I'm getting one just to scare people with at parties. He's the new "elf on the shelf". I'll call him the Corps by Door.

THEY FINALLY GOT IT RIGHT! We have emerged victorious in what amounts to one of the more important victorious grass roots campaigns of our time....getting Reveille and the yell leaders into EA Sports NCAA 2014!

Have a good Wednesday, Aggies. Lets keep it together and ready be ready to cast that first stone.