Get Daddy a Beer, Sport

Share All sharing options for: Get Daddy a Beer, Sport

I am not a parent. After reading this article yesterday (I'm gonna buy this book and you should, too) I'm not sure I'm equipped to handle the ultimate responsibility of copying my genetic code and placing it into another human being to pass on. I'm going to leave that opportunity to scientists in the future. If I've accomplished anything of merit, well, combine my DNA with some accomplished woman to make a super accomplished hybrid. Or combine my DNA with another dude. Hell, several people if it works out. I don't care, so long as I don't have to take care of the kid and the result contributes to our habitation of Mars or other planets.

Reading Magary's work made me reflect on my childhood. I didn't ever really rebel or anything, but I did screw up a ton. Still do. Quite often, really. I remember a time when my mom caught me stealing from Michael's around Easter when I was 7 or 8 years-old. We got into the car and the cool little packet of gumball eggs just HAD to slide out of my pocket as I sat down. I'll never forget the look on my mom's face or her reaction to seeing that I had stolen something. She grabbed me by the hand and dragged me up to the manager of the store, demanding that I apologize and return the merchandise. I did. It was embarrassing. That wasn't even the bad part, though. She just suggested that she might tell my dad about this if I ever messed up again. It should say something about the fear of God that I had for my father that this is the first time I've told this story in public. If he reads it, I'm hoping it's the first time he's ever heard of it. Even now (Did I mention I'm in my 30s?) I'm fearful of what his reaction to that will be, and I KNOW he knows about it because that topic had to come up in the past 20 or so years.

I'm almost positive (hopeful?) that my views on having children will change. When I put out the call for questions (It's really begging for prompts, I need a little nudge to write) sometimes I'm asked parenting questions. I'm glad you parents have come to your senses and have sought the advice of a single person who has killed a faux fern before. But...ask an ignorant person and you'll get an ignorant answer. To Chad's Question:

@thacktor Is it OK to have your 4 yo daughter get a beer for you from the fridge?Its OK so long as you don't use the words "fetch" right?

Is it OK? Hell, I thought that was expected! You're not telling her to drink the beer, are you? You're not, I know you. But if you're a father and your child is fetching retrieving delightfully bringing you an adult beverage I think you're required to inform her that this is "daddy juice" or something to that effect. Just make sure that she knows not to drink the stuff.

You have to have some upside in their early years, I'm sure of it. I know the whole "love and affection" bit. Sure. But what's the point if there's not some casual upside in the "I don't have to go to the fridge ever again after this person turns 2 years old" department? I see nothing wrong with this tradeoff, Chad. Nothing. Now, teach your kids how to make sandwiches to your liking and you're in business.

The "fetch" addendum...I don't know, man. It's not like you're throwing beers and having them bring them back to you. "[CHILD'S NAME], please fetch daddy a beer." is much better than [CHILD'S NAME]! [CHIIIIIIIIIIIIILD'S NAME]! SEE THIS BEER? YOU SEE IT? WHO SEES IT? NOOOOOOW GO GET IT! GO GET THE BEER FOR DADDY!" You see the difference here, I'm sure.

Seriously, to all the dads out there: thank you and happy father's day.

You're basically implying that this guy: 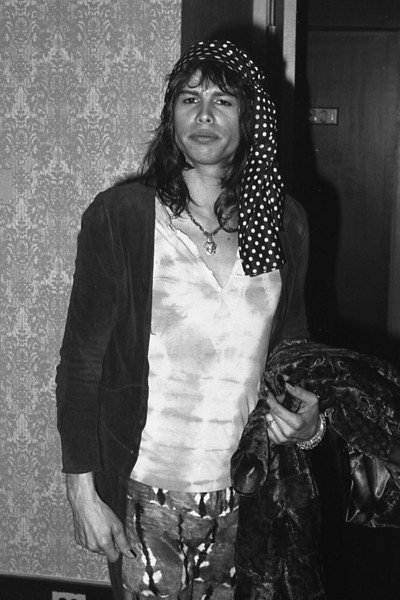 Would be so appalled by this guy: 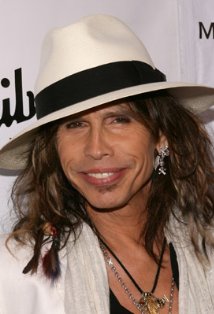 That he'd kick his ass? Maybe if 70s Tyler heard "Eat the Rich" off of "Get a Grip," the album that had the band's nipple prints adorning the CD. Yeah, I am that familiar with "Get a Grip." Knowing that is pretty amazing. In fact, it's crazy. Well, now I'm cryin.

See ya next time.