The Good Doctor left the keys to The Daily Bull on the counter, so I'm taking it for a joyride and engaging in a little shameless self promotion.

SO CLOSE. The Aggie Women's Tennis team came up agonizingly short against Stanford in their national championship match, rallying from a 3-0 deficit before eventually succumbing 4-3. Aggie Athletics has a breakdown here. In their second season under Coach Howard Joffe, A&M has risen from #33, to #17 last year, and now this year's runner up finish. Hats off to Stanford, the #12 seed, for knocking taking out 1, 3, 4, and 5 seeds en route to this year's championship.

HOOVER MAGIC! The 9th seeded A&M Baseball team opened their first SEC tournament with a victory over 8th seeded Florida, thanks to a dominant performance by staff ace and erstwhile mustache aficionado Daniel Mengden and the bat of Hunter Melton. The boys return to action today at 4:30 against #1 ranked Vanderbilt. A win here could possibly lead to an NCAA tourney bid. Break out the rally caps!

AGGIE SOFTBALL TAKES ON OKLAHOMA. The A&M Women's Softball team looks to continue their Big 12 victory lap, taking on the top seeded Oklahoma team in the Norman Super Regional starting today. Oklahoma was runner up last season to Alabama, but their ace was less than sharp against Arkansas in last weekend's regional. Also, the softball team has been gathering good karma, providing aid to the victims of the West, TX and Moore, OK tragedies along the way. Good bull ladies, and good luck!

SHAMELESS SELF PROMOTION! The guys over at The Cincy Jungle reached out and asked me to weigh in on Sean Porter. I provided my best armchair analysis (along with gushing praise of course). I'm no scout, but I know at least as much as this guy who thinks Johnny Manziel is a third rounder because he has "small hands". 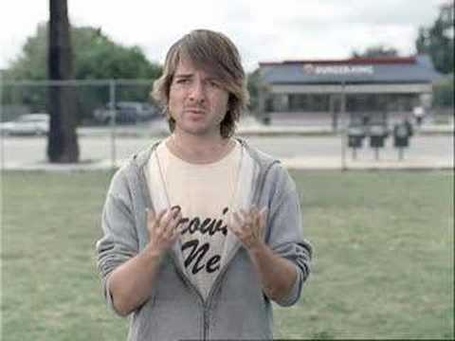 SLIDE SHOW! The Dallas Morning "news" put together a list of six slides of recruiting battles they think will define the A&M/Texas recruiting battle. Of course, they forgot to do any real analysis or spell check it. OrionHJarvis does better work in his sleep.

Enjoy your Wednesday, everyone. Here's a little inspiration to get you through your Hump Day.