How Kevin Sumlin spends his downtime

This time of year is a rare slow period for college coaches. Let's take a look at how Texas A&M coach Kevin Sumlin is passing the time.

Share All sharing options for: How Kevin Sumlin spends his downtime

For most of the year, the life of a college football coach is a never-ending stream of meetings, obligations and demands on your time. Recruiting trips, donor events, practices... it seemingly never ends. However, this time of year is one of the rare downtimes for these fellas. Signing Day has passed, spring football is over and the semester has ended. With a sudden wealth of spare time, Kevin Sumlin hardly knows what to do with himself. But that doesn’t mean he's not staying busy. We checked in with Coach Sumlin to see what he’s been up to during this purgatory of the football calendar.

It’s easy to get lazy this time of year, so Sumlin joined a power walking club with some of the ladies who work in the Bright Building. After all, he’s the King of Swag, not the King of Sag. 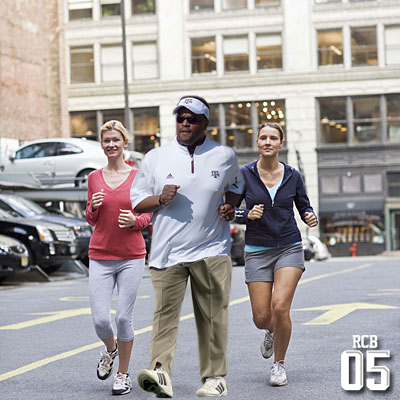 Of course, just as important as fitness is personal hygiene, and Coach Sumlin takes great pride in keeping himself in top form. Unfortunately, he ran out of floss. But when he asked QB Johnny Manziel if he could borrow some, Johnny reached into his pocket and pulled out Katherine Webb’s g-string. Whatever does the job, I guess. 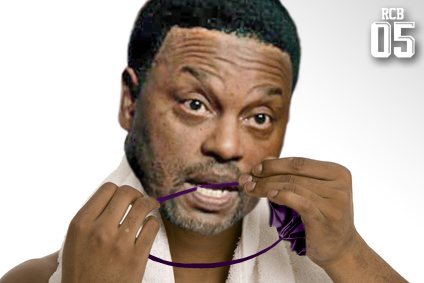 This time of year also gives Sumlin time to catch up on hobbies that he has to put aside once the season got rolling. For instance, last week he finally downloaded Candy Crush…. 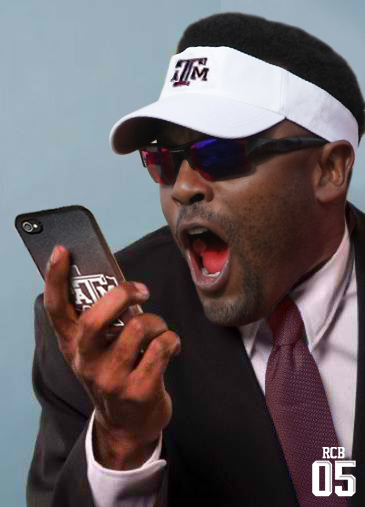 He’s finally catching up on Game of Thrones… 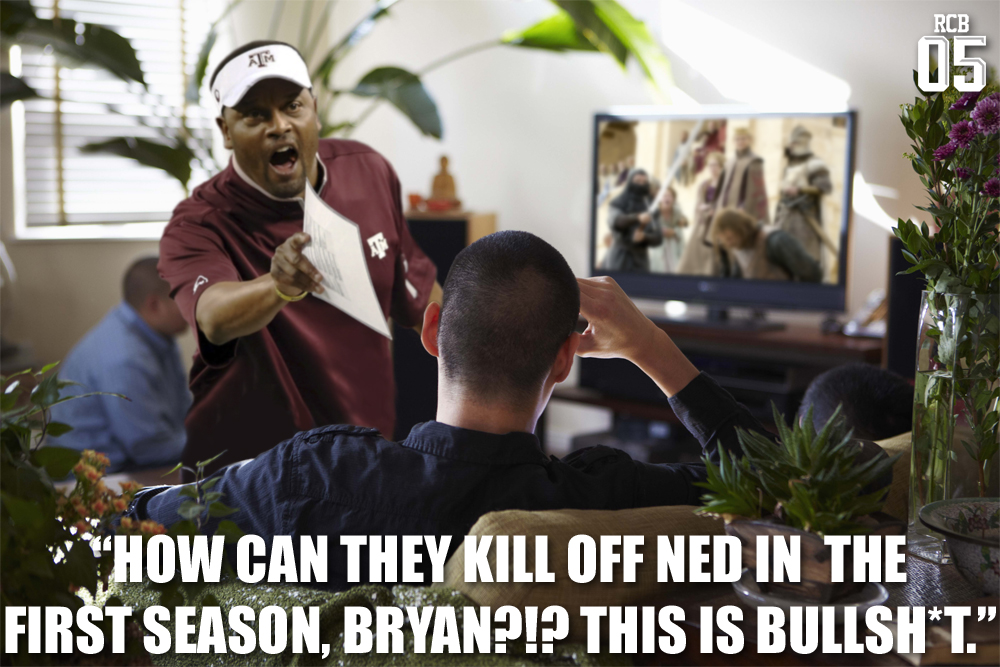 And he went to see Iron Man 3, which inspired him to grow this sweet Tony Stark facial hair. 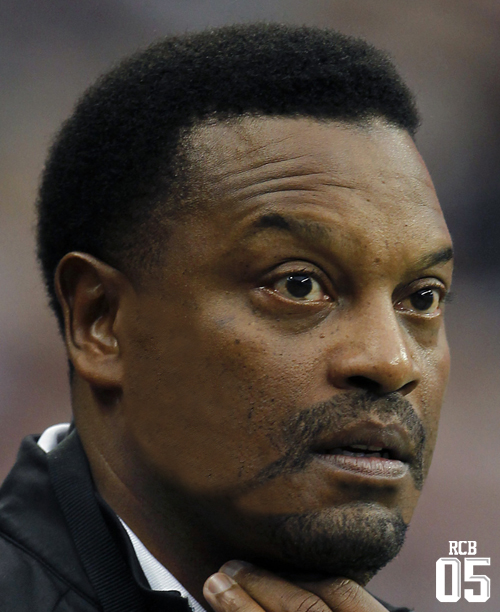 But there are still obligations that Coach Sumlin must keep up with. As most of you know, he’s in the process of building a massive house in College Station, so he has to be around to make sure that goes smoothly. 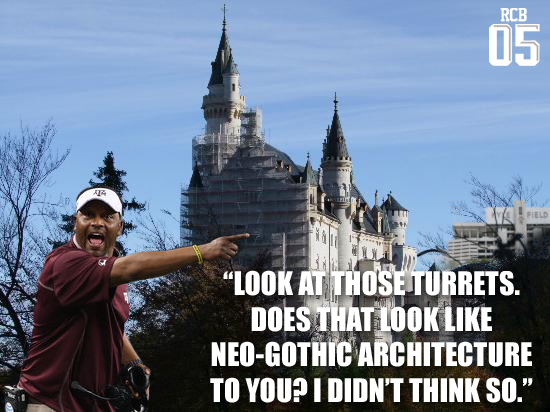 He’s also got to narrow down our uniform options for 2013. 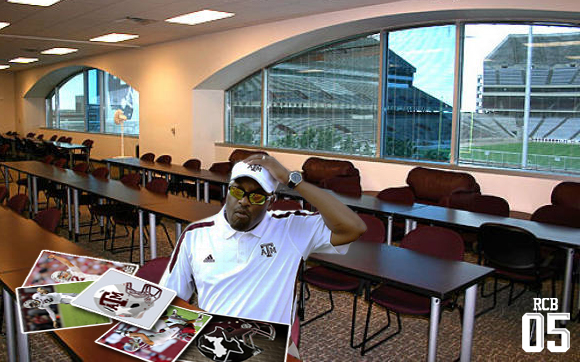 And of course, no day is complete without Sumlin’s daily prank calling of Nick Saban. 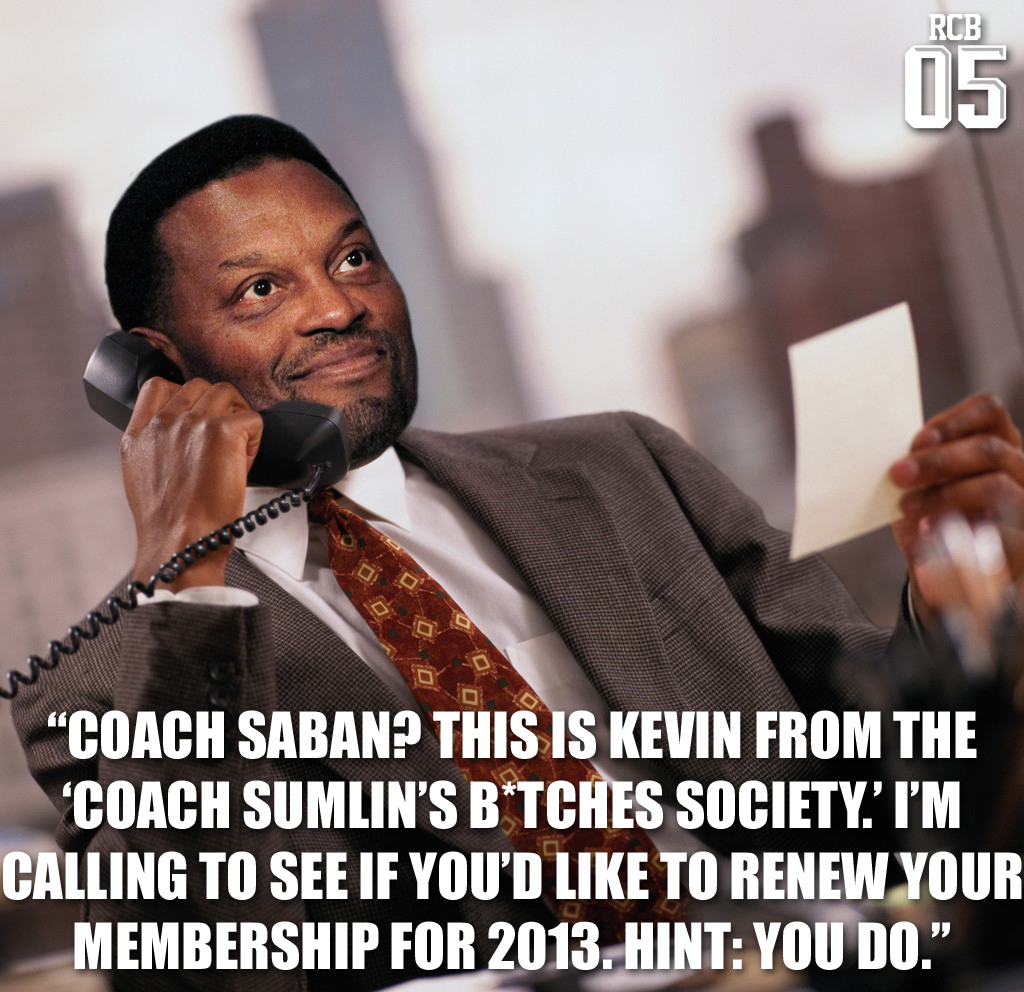