Behind-the-scenes at the Johnny Football photoshoot

World renowned sports photographer (and Aggie) Andrew Hancock invited Good Bull Hunting to help out at his latest photoshoot. Stand by for a future issue of 12th Man Magazine which will feature some of Andrew's incredible work.

Share All sharing options for: Behind-the-scenes at the Johnny Football photoshoot

Andrew Hancock (@HancockPhoto) recently visited Aggieland for a photoshoot with the 12th Man Foundation. The subjects of the shoot were Johnny Manziel, Mike Evans, and Jake Matthews. Lucas Jackson and I were invited to tag along and assist. We are going to feature a more extensive piece that includes an interview with Andrew in the future, but here are a few photos I snapped on my iPhone.

Andy is one of the greatest sports photographers in the world, so the final works will be amazing. His photo of the 12th Man during the 2010 Nebraska game is among the most iconic photos in Aggie history. You can see and buy a print of that photo here. He's also done a lot of great work for Sports Illustrated including this Honey Badger cover photo.

Make sure your 12th Man Foundation membership is up-to-date because you won't want to miss 12th Man Magazine when Andy's photos are run. 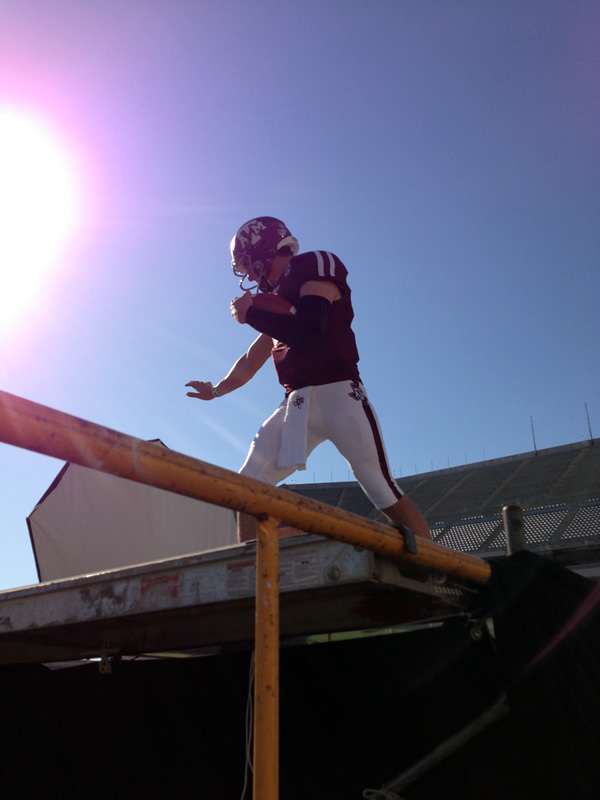 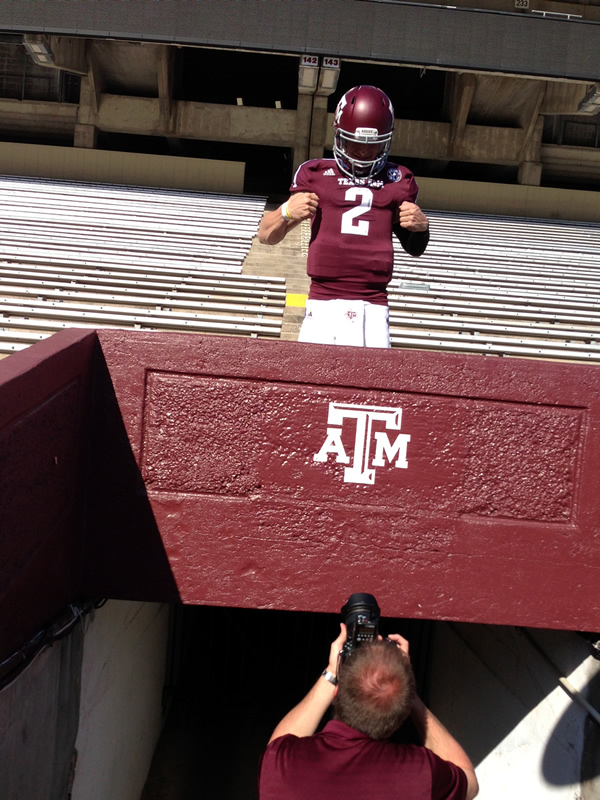 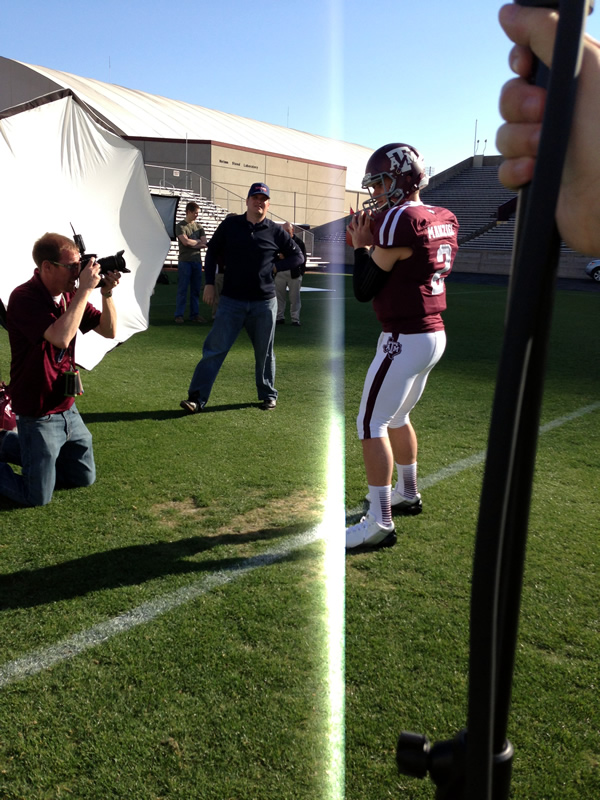 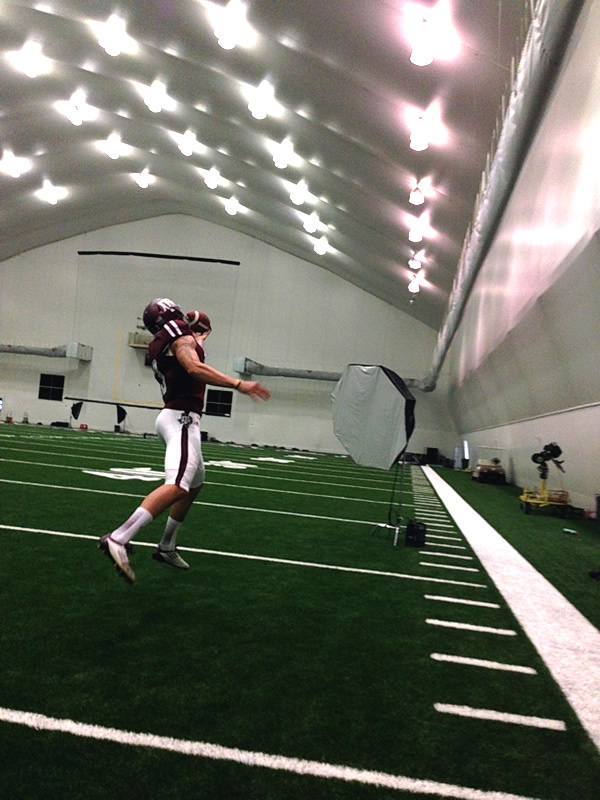 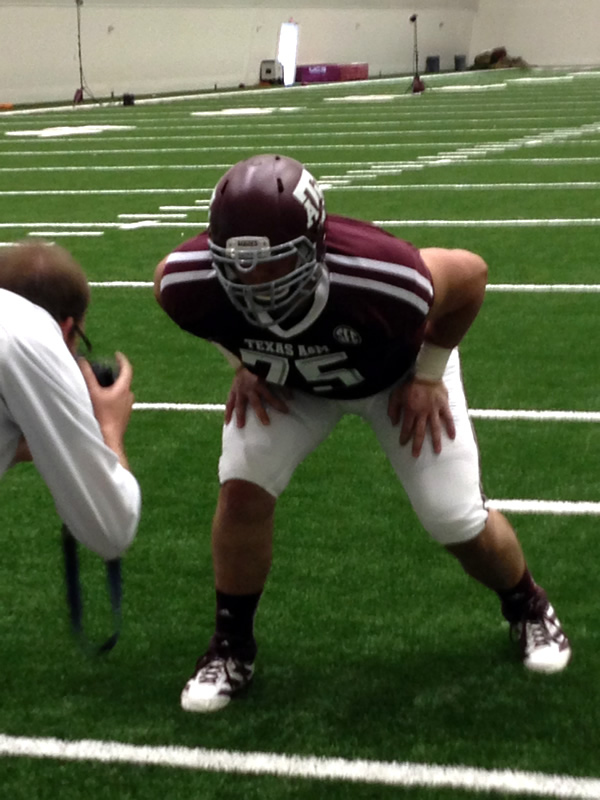