Happy Wednesday, all.
Congrats, Kelsey. Kelsey Bone was selected fifth overall in the WNBA Draft, the highest draft pick in A&M WBB history.
Ouch. The baseball team put a new twist on their recent penchant for easily winning the mid-week games while coming up excruciatingly short on the weekends in conference play by losing to SHSU last night in extra innings. We'll try to find Jason Zimmermann for you for a recap.
MOAR VOTING. The Westgate Region of the Aggie Mt. Rushmore bracket is up and running, and yes there are plenty of difficult decisions like Dr. Robert Gates vs. Branndon Stewart. But the #4 vs. #13 matchup is a dandy.
Johnny Surreal. Bruce Feldman visits with Manziel about the whirlwind he's been on since winning the Heisman without going "OMG TWITTER" even once.
RIP, Pat. One of the most iconic voices in football passed away yesterday. Before becoming an NFL legend, Summerall was a three-way player at Arkansas in 1949-1951. 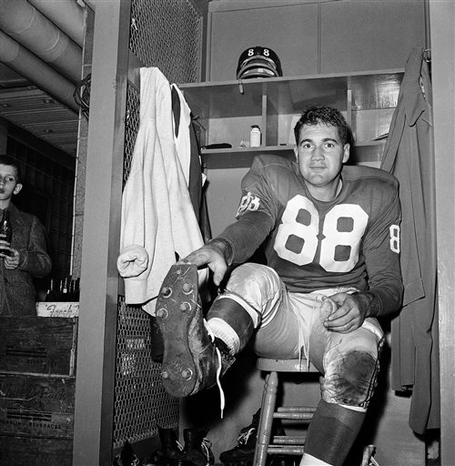