The Aggies will look to pull off the upset in their final non-conference series of 2013, as they travel to Fullerton to square off with a highly-ranked Titans team.

The Aggies knocked off the Panthers from Prairie View A&M by an 8-2 score on Tuesday. Let's be honest with each other here - Prairie View is not a good baseball team, so I won't waste much of my time or yours on this one. Aggie Athletics wrote up a nice recap if you're dying to read more about the win. The big takeaways from this one: Grayson Long had yet another strong start on the mound, Mitchell Nau blasted his first HR of the season and Jonathan Moroney continued to hit extremely well going 3-4 with a double, 2 runs and an RBI.

BOOM. Done. Let's move on to a huge weekend series. 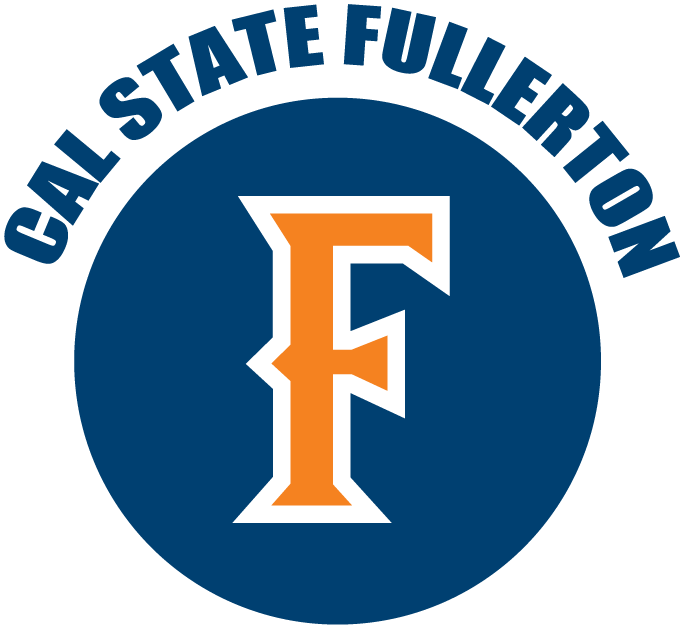 Live Video may be available via Big West TV. Stay tuned for updates on that front.

Eshelman is a true freshman from Carlsbad, CA who has earned the Friday night starter role in his first year on campus, and he has gotten off to a spectacular start to his first season as a Titan. Eshelman has given up just 2 earned runs in 20 2/3 innings of work, has not walked a single batter, and has only hit 1 batter. Opponents are hitting a meager .151 against Eshelman so far this season, and he has wins over USC, TCU and Oregon. Eshelman comes into this weekend on the heels of his best performance as a starter last weekend against the Ducks, in which he threw a complete game and allowed just 2 earned runs on 4 hits to go along with 6 strikeouts. Thomas has good taste in MLB Ballparks, listing PNC Park in Pittsburgh as his favorite (it's my personal favorite as well), although I'm not sure I'd go with pasta as my favorite food.

Martin, meanwhile, will look to bounce back after a bad 5-run 5th inning against Houston saw his ERA jump from 1.98 to 5.09. KMart had allowed 2 earned runs through the first 4 innings, but the Aggies still held a 4-2 lead going to the 5th before the wheels came off against the Cougars. Kyle had also not walked a batter until last Friday, when he walked 2 Cougars in his 4 innings of work. I fully expect KMart to get back on the right track, although Cal State Fullerton certainly poses a challenge offensively.

Garza is another talented true freshman starter for Fullerton, and he has also started strong in 2013 for the Titans. Garza was a Max Preps and Baseball America All-American in his senior year of high school at Bonita HS in La Verna, CA, and he was also a 26th round draft pick by Cleveland in the 2012 MLB Draft before arriving at Fullerton. Justin has earned victories against Nebraska, TCU and Oregon and is coming off an 8-inning performance against the Ducks in which he allowed 2 runs on 6 hits with a walk and 4 strikeouts. Garza is listed at 5'11 and just 160lbs, but he has shown good stuff on the mound including a fastball up to 96mph. Justin is a fan of The Sandlot and his favorite player is Mike Trout, so I really can't give him much of a hard time there.

Mengden has been the most consistent starter so far for the Aggies in 2013, earning wins in all 3 starts and featuring an ERA just above 2. Mengden helped A&M pick up on of their bigger wins so far this season last weekend against Rice, going 8 innings and allowing 3 runs on just 4 hits while striking out 8. Daniel did walk 4 batters and hit another against the Owls, so if there is something for him to work on that would be it.

Wiest came into the 2013 season as the most experienced guy in the mix for the weekend starter spots, but the emergence of Eshelman and Garza as true freshman has left Wiest, a redshirt sophomore, in the Sunday spot. Wiest posted a 3.16 ERA in 86 innings of work, the second most on the Fullerton staff, in 2012, and he also appeared as a reliever in the Titans' series-clinching Sunday victory over A&M at Olsen. Wiest threw 4 innings against the Aggies and earned the victory, giving up no runs on 2 hits and 2 walks while striking out 5. Wiest was saddled with the loss last Sunday against Oregon, which was also the Titans' first loss of 2013, after giving up 5 runs (just 2 earned) on 6 hits in 6 innings along with a walk and 4 strikeouts. Grahamm also claims his favorite movie is Midnight in Paris, so apparently he's a romantic comedy type of guy. Interesting.

Pineda needs a bounce back game in the worst way after an absolutely brutal outing against the top-ranked Tar Heels last Sunday. Rafi walked all 4 batters he faced, throwing just 1 strike in 17 pitches, and was pulled before recording an out. Coach Childress is going to give Pineda every chance possible to keep his Sunday spot, but freshman Grayson Long is certainly pitching very well in midweek games so far this season. Pineda got 1 2/3 innings of work on Tuesday against Prairie View, giving up 1 run on 2 hits with a walk and 2 strikeouts.

As far as batting averages go, the Titans (.277 as a team) are not hitting as well as the Aggies (.287) to start the season on paper. The 2 teams have the same number of triples (7) and A&M actually has more doubles than Fullerton (17 to 15), but the Titans have smashed 9 home runs and knocked in 76 runs compared to just 2 HR and 61 RBIs by the Aggies. Senior 1B Carlos Lopez has been one of the biggest offensive threats so far this season for Fullerton, leading the team in batting average and stolen bases. Two-way player Michael Lorenzen had a big series against A&M last year, and I expect more of the same this time around. Lorenzen is just 1 off the team lead in HR, RBIs and SB and he has allowed just 1 hit in 3 innings of work in picking up 3 saves. Lorenzen has a power arm on the mound, featuring a fastball in the upper 90's and has reportedly topped out at 99mph.

DH J.D. Davis and RF Anthony Hutting are the Titans' 2 power threats besides Lorenzen, with 2 and 3 HR on the season respectively. Davis also leads the team in RBIs with 13, and he is another two-way player who could see action on the mound in relief should it be needed. 2 of the other primary bullpen options for Fullerton are RHP Willie Kuhl (6.2 IP, 2 ER, 6 K, 4 BB) and LHP Tyler Peitzmeier (4.2 IP, 2 ER, 2 K, 0 BB).

If I had to take a guess at what sort of lineup Fullerton will feature, here's my best shot:

This would be a major victory for the Aggies should they be able to upset the Titans and win the series. I mean, absolutely huge - especially going into SEC play. I really want to call for the upset, with the Aggies getting revenge on the Titans from last year's tough series loss at Olsen. But...

I think Fullerton wins the series, and even worse - I actually think they sweep it. Their pitching has been outstanding, they know how to score runs and they've had timely hitting, and I'm just not sold on the A&M offense going up against 3 outstanding pitchers and being able to outscore this Titans team. I would love to be wrong in this case, as even winning 1 game wouldn't be terrible for A&M at this point in the season, and winning 2 would give the Aggies some much-needed momentum starting conference play.

Those of you making the trip out to California, travel safely, have fun, and Give 'Em Hell! BTHO Fullerton!