Aggie Baseball On the Road Again to Face South Carolina

After a big series win in Oxford over a highly ranked Ole Miss team last weekend and a midweek shutout of UT-Arlington, the Aggies look to continue their momentum as they head to Columbia to take on the Gamecocks.

Share All sharing options for: Aggie Baseball On the Road Again to Face South Carolina

For the second time in as many weeks, the Texas Aggie Baseball team will head east to take on a Top-20 opponent in SEC play. After a massive series win on the road at Ole Miss last weekend, the Aggies will take on a South Carolina squad looking to rebound after being swept at home by Arkansas. I'm just going to get this out of the way up front... 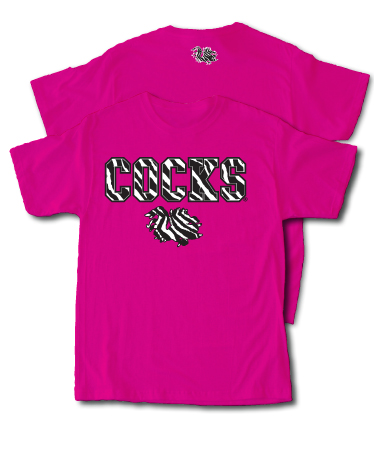 This is a real thing that exists. How? I have no idea. I'm going to do my absolute best to refrain from making Cocks jokes in this preview, but I want to hear your best ones in the comments.

Through 16 innings going into last Friday's start against Arkansas, Beal had given up just 1 earned run on 12 hits. However, in just 3 2/3 innings against the Razorbacks last weekend Beal gave up 8 earned runs on 6 hits to put a large dent in his ERA for the season. Beal has been forced into action on Friday nights after Gamecocks' ace Jordan Montgomery was sidelined with a bone stress reaction in his throwing elbow. Montgomery was expected to be back for USC by this series, but he has not progressed as well as the coaches hoped. Beal, a sophomore, had been primarily a setup relief pitcher for the Gamecocks prior to Montgomery's injury.

Due in part to this series starting on a Thursday as well as the Aggies playing a doubleheader last Sunday, Coach Rob Childress will give true freshman Grayson Long the first weekend start of his A&M career. Since Daniel Mengden pitched on Sunday last weekend, Childress wanted to get him the extra day of rest going into this weekend's Thursday, Friday, Saturday series. Long has impressed in midweek starts this season for the Aggies, posting a 3-0 record in 4 starts and allowing opponents to hit just .205. In 23 innings of work, Grayson has struck out an impressive 24 batters but has also walked 12. If he is able to maintain his command and avoid giving out free bases, Long has a chance to do well against a USC lineup that has just 3 players hitting over .300.

Belcher took a loss last weekend against Arkansas despite throwing a solid 7 1/3 innings and giving up just 2 earned runs (2 unearned as well) on 9 hits with 6 strikeouts and no walks. Belcher started the season as the Sunday starter for USC but Colby Holmes, who had been the Gamecocks' Saturday starter to begin the season, had command issues and was moved back in the pitching rotation. Belcher's strikeouts to walks ratio is the best in the nation, with 42 strikeouts to just 1 walk in 43 1/3 innings this season, and opponents are hitting for an average of .223 against him.

Martin was hit hard at Ole Miss last weekend, giving up 5 earned runs on 8 hits in 4 2/3 innings of work and taking his 3rd loss of the season in the process. KMart allowed 2 hits through the first 3 innings and kept the game scoreless, but things started to fall apart in the 4th. Two hit batters in the 4th inning resulted in a pair of runs for the Rebels, and 4 consecutive singles in the 5th meant the end of the night for Martin. Kyle has to be able to cut down on the number of hit batters, as he leads the A&M staff with 7 on the season.

Talented freshman Jack Wynkoop will get the start for South Carolina for the second straight Sunday thanks to Montgomery's injury and Holmes' command issues. Wynkoop did not earn a decision last weekend against the Razorbacks, going 4 2/3 innings and allowing 3 earned runs on 7 hits with 4 strikeouts and 2 walks. Wnykoop had been the midweek starter for the Gamecocks, but was switched with Holmes last weekend against Arkansas. Wynkoop has the highest batting average against of the 3 weekend starters for USC at .258.

Mengden will get the ball in his customary Saturday start, but this time it will be in the 3rd game of the series due to scheduling and he will be going up against a true freshman who has just moved into the weekend rotation for USC. You certainly have to like that matchup if you are Rob Childress. Mengden was outstanding again for the Aggies against Ole Miss last weekend, allowing just 1 earned run on 6 hits in 5 2/3 innings of the 1st game of a doubleheader on Sunday. Mengden's ERA continues to stay under 2 and he has now struck out 34 batters and walked just 6 in 40 1/3 innings of work.

The Aggies have actually been more successful at the plate than the Gamecocks in terms of batting average, but South Carolina comes in with more power - hitting 19 home runs so far this season compared to 8 for A&M. SS Mikey Reynolds had his hitting streak snapped in the 1st game of last weekend's doubleheader against Ole Miss, but he still leads the A&M lineup with a .426 average as well as 11 stolen bases. A couple of very promising recent developments for the Aggies are OF Brandon Wood and C/DH Troy Stein getting things going at the plate. Wood was hitless on the season before getting the start in Game 2 of last Sunday's doubleheader, and he delivered with 3 hits and 3 runs batted in as well. Stein, meanwhile, has seen his average jump all the way up to .319 on the season. 1B Cole Lankford continues his hot streak, hitting .379 in his last 14 games and leading the team in extra-base hits with 10 on the season.

Meanwhile, the Gamecocks are led by 1B LB Dantzler who leads the team in both home runs and RBIs with 7 and 27 respectively. Dantzler is the only player for USC to start all 25 games this season and his slugging percentage is nearing the .700 mark. South Carolina SS Joey Pankake (what a name, by the way) comes into the series hitting the ball well, having reached base safely in 17 straight games, and he leads the team in multi-hit games in the season with 7. Let's jump in and take look at some stats comparisons:

Here is my best guess at the lineup that the Gamecocks will feature this weekend, although it could change should they be able to get some guys back from injury/illness.

USC is hoping to have leadoff hitter and LF Graham Saiko back from a wrist injury to be able to play in this series, but as of writing this on Thursday morning his status is still uncertain. Gamecocks' Coach Chad Holbrook said he is "hopeful" that Saiko will be able to play tonight, but it will likely depend on his batting practice this afternoon as he has not swung a bat in over 10 days now.

Before the Aggies won a series at Ole Miss last weekend and the Gamecocks were swept at home by Arkansas, I was thinking this was a series that A&M would do well not to be swept in. Now, I'm starting to get a lot more confident about the chances for the Aggies this weekend. The bats are really coming along, a couple of guys that have been struggling have stepped up, and the pitching continues to be mostly strong.

Having said all of that... this is the SEC, and every week is a grind. The Gamecocks are going to come out hungry and desperate to get back on the winning side of things after a rough weekend against the Hogs. While I do like the pitching matchups in A&M's favor in this series, I also have a bad feeling about a USC team with their backs against the wall. But you know what... Eff it.

I love the way this group of guys is playing right now, so I'm going to roll with unbridled optimism and take the Aggies to win 2 out of 3 games in this series from the Gamecocks.