AGGIE MT. RUSHMORE. We're conducting an extremely scientific poll to determine everyone's four favorite Aggies out of a field of 64. The poll will be open for a week, so please go vote if you are inclined.

Spring Fever. Bruce Feldman of CBS talks spring practice position battles on the Solid Verbal podcast from yesterday. (Skip to the half hour-ish mark or so for Aggie coverage, right after the Vandy and WVU talk.)

RIP, Twitter. Johnny Manziel is quitting the social networking site to the chagrin/relief of everyone everywhere. Behold, one final tribute.

0-0. The U.S. Men's National Team tied Mexico 0-0 in Mexico City last night. This is sort of like winning because it wasn't losing. Or something. It just means our chances of going to the World Cup in 2014 got a lot better.

Countdown #3: Ser Davos Seaworth. This guy has more common sense in his amputated pinky finger than 99% of the other characters in the show. He just stands around making snide remarks and "WTF?" faces. What's not to like about the guy? 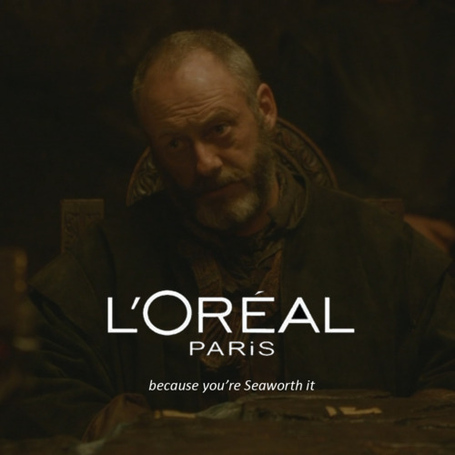