After winning a pair of midweek games against Northwestern State, Texas Aggie Baseball will make the short trip to Houston to play in the Astros Foundation College Classic this weekend.

Share All sharing options for: Aggie Baseball Heads to the Bayou City 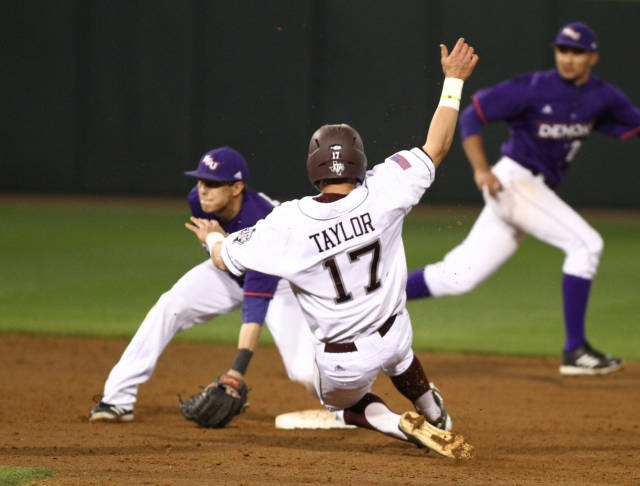 A pair of midweek games against Northwestern State did not turn out to be quite the offensive slump buster that the A&M baseball team may have hoped for, but the Aggies picked up wins in both games and wins all count the same, right? I think we all recognize that the A&M offense will not win games against the likes of the teams they will play this weekend if they continue to perform like they have so far this season.

There were some positive signs for the Aggies in a 9-5 win on Tuesday over Northwestern State, with the A&M offense putting up 3 and 5 runs in the 2nd and 3rd innings respectively. Another strong performance by Corey Ray earned him his second win in as many starts, going 6 1/3 innings and allowing just 1 earned run while also striking out 4. Northwestern State made things close with 3 runs in the 8th inning, but Jason Jester shut the door in the 9th. Mikey Reynolds continued to excel at the top of the A&M order, picking up 3 RBI on the night, and he got help from the guys behind him in the order as well. Krey Bratsen, Daniel Mengden and Mitchell Nau went a combined 6-12 on Tuesday along with 6 RBI. It was also a significant night for Blake Allemand, who finally broke his hitless streak to start the season by going 2-3 with 2 runs scored.

As it turns out, facing a starter with an ERA north of 10 (Northwestern State's Tuesday starter had a 10.29) helps your offense score runs. The Aggies reverted back to form from last weekend against Pepperdine on Wednesday afternoon, mustering just 2 runs on 8 hits and stranding 11 runners on base. By my count, A&M did not register a hit with runners in scoring position - the first run came courtesy of a Demon throwing error and the second on a tremendous squeeze bunt by Daniel Mengden. The bottom 4 hitters in the lineup Wednesday (Allemand, Taylor, Wood and Curl) really struggled at the plate, going a combined 1-9, although they did draw 4 walks between them. On a positive note, the Aggie pitching was able to stretch 9 hits by Northwestern State and allow just 1 run on the day. Grayson Long had a decent start, although he was a bit inconsistent, but did not make it out of the 5th inning. Jason Freeman, Andrew Vinson, AJ Minter, Zach Brashear and Jason Jester finished out the final 4 1/3 innings without allowing a single earned run and helped earn the Aggies the win.

After a one-year absence, the Aggies are back in the Astros Foundation College Classic (formerly the Houston College Classic) at Minute Maid Park in Houston, TX. The Aggies will square off with 2 teams ranked in the Top 15 of the national rankings, including the top-ranked North Carolina Tar Heels. 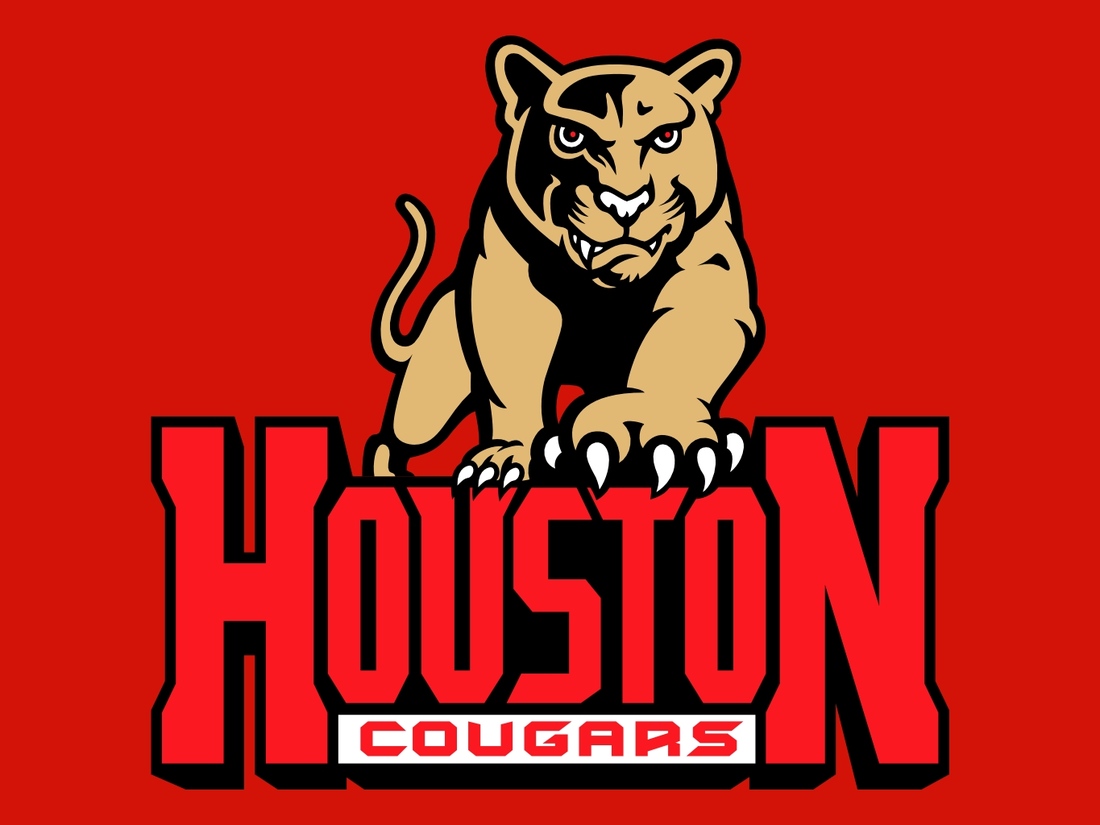 The Cougars have gotten off to a good start in 2013, taking 2 of 3 games from Northeastern at home and from Texas State on the road and winning midweek games against Sam Houston State and Houston Baptist. Assuming that UH does not shake up their weekend rotation, though, the Aggies will face the Cougars' starter who has had the slowest start to the year. Matt Hernandez picked up a win in the season opener against Northeastern, going 6 innings and giving up 2 earned runs with 5 strikeouts, but he had problems on the road in San Marcos. Hernandez, a left-handed senior, did not make it out of the 2nd inning against the Bobcats, going just 1 1/3 and giving up 5 runs (only 2 were earned) on 5 hits with 2 walks.

Offensively, the Cougars have averaged just under 5 runs a game so far and are hitting for an average of .252 as a team this season. UH has been led offensively thus far by junior 3B Jonathan Davis (.400, 3 2B, 4 RBI), who has found himself batting cleanup in the last 2 games. True freshman 1B Justin Montemayor (.269, 1 2B, 2 HR, 4 RBI) is a power threat for UH having hit 2 HR, including a 2-run blast against Houston Baptist yesterday. C Caleb Barker (.250, 1 2B, 6 RBI) is the UH team leader in RBI with 6 so far in 2013, although just one of those has come on an extra-base hit.

The Aggies and Owls will square off in the marquee Saturday night game at Minute Maid Park. Sophomore Jordan Stephens will take the mound for Rice on the heels of a complete game at Hawaii in which he struck out 10 batters and gave up just 4 hits. Stephens also had a solid debut to the season against a highly ranked Stanford team, going 7 1/3 innings and giving up just 3 earned runs on 5 hits with 3 strikeouts and a pair of walks, but he took the loss with Rice's offense unable to back him up (heard that before?). If Stephens' name sounds familiar to Aggie fans, that would be because Jordan started last year's matchup at Olsen Field and did not record a single out. Stephens gave up 4 runs, all of them earned, on 3 hits to go with a walk and a hit batter before being pulled in the 1st inning in College Station, although Rice would go on to win that one 5-4.

Rice opened the 2013 season with a series win over Stanford, lost to Dallas Baptist at home in a midweek game, then traveled to Hawaii where they swept a 4 game series from the Warriors. The Owls feature a quartet of returning players from 2012 who have been their main offensive playmakers thus far in the season. Senior 2B Christian Stringer (.276, 2 3B, 5 RBI) was named a second-team Preseason All-American by the National Collegiate Baseball Writers Association and is an extremely consistent hitter for the Owls. 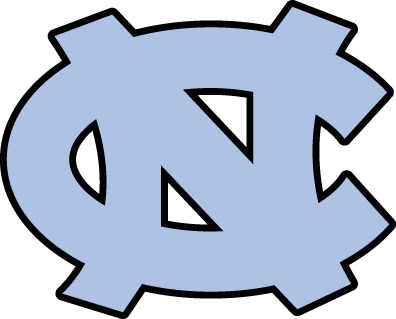 The Aggies will get their biggest test of the young season on Sunday as they do battle with the top-ranked team in the country, the North Carolina Tar Heels. UNC has yet to lose yet in 2013 coming into the College Classic, although they play Rice and Cal so they could have gotten their first loss by the time they take on A&M Sunday afternoon. UNC took 2 games from Seton Hall on opening weekend (the 3rd was cancelled), won a pair of midweek contests by a combined 25-6 over Coastal Carolina and St. John's, and swept last year's College World Series Cinderella team Stony Brook by putting up 26 runs over a 3 game series. Offense - they have it.

UPDATE: The Tar Heels will return junior southpaw Hobbs Johnson to the mound on Sunday after he had sat out a start and left the game early in his previous one with a strained flexor tendon. Hobbs had a strong season for UNC in 2012, going 7-1 with 7 starts and 57 2/3 innings pitched. Johnson sported a 1.56 ERA last year along with a strikeout to walks ratio of over 2.75. Johnson threw 4 1/3 innings against Coastal Carolina before leaving that game with the injury, and gave up 1 earned run on 4 hits with 2 strikeouts and a walk.

As mentioned, North Carolina will be easily the best offensive team that A&M has faced up to this point in the season. UNC is hitting an impressive .332 as a team, with 5 starters sporting averages above the .300 mark. Leading the way so far has been true freshman RF Skye Bolt (.538, 5 2B, 8 RBI), a switch hitter who has been extremely successful in the cleanup position for the Tar Heels. And what a name, right? Another true freshman who has gotten off to a great start is 2B Landon Lassiter (.421, 1 2B, 4 RBI) whose only struggle so far has been defensively, as he has made 4 errors in the Heels' first 7 games. The other trio of Tar Heels hitting over .300 are all upperclassmen - DH Parks Jordan (.368, 3 RBI), 3B Colin Moran (.346, 8 RBI) and 1B Cody Stubbs (.333, 3 2B, 9 RBI), who leads the team with 9 RBI on the season.

The Aggies could desperately use a big win (or two) to catapult them into a very difficult SEC schedule, and they will certainly have a pair of opportunities this weekend against a pair of highly ranked teams. The Cougars are not a team to sleep on, either, as they have gotten off to a nice start this season. I really want to be optimistic about the Ags' chances this weekend, but the offense...

I think that A&M will drop 2 of 3 games this weekend, most likely being Rice and UNC. I hope that I am wrong, as I'd be thrilled to leave Minute Maid with 2 wins in this tournament. I'm just not sold that our offense is where it needs to be to make that happen right now.

Houston Ags - get out to Minute Maid Park and support Aggie Baseball! Tickets are not expensive, there's good competition, and the weather should be great this weekend (maybe a little on the chilly side). Click Here for all your ticket information, and we'll see you at the Juice Box. BTHO everyone!