A final salute to the 2012 seniors, the strongest class to come through A&M in decades. They leave as heroes.

This season has seen the A&M Football program rise from seemingly perpetual mediocrity to arguably the hottest program in the nation. How did we come so far so fast?

Pundits around the nation would likely dismiss the Aggies' meteoric rise to Johnny Football. Or perhaps, to Coach Kevin Sumlin pushing all the right buttons and the outstanding play of All-Americans Luke Joeckel, Damontre Moore, and Jake Matthews. To be sure, all of them are due a share of the credit for this season's success, but to truly understand A&M's incredible turnaround you must look beneath the glossy veneer of media accolades and ESPN highlights.

Dig a bit deeper, and you will see a team that had incredible senior leadership that not only bought in to Coach Sumlin & Co.'s dream, they made it a reality.

These seniors were veterans. ALL of the 2012 seniors profiled here saw significant time as true freshmen, including punter Ryan Epperson. (Jonathan Mathis was not yet on the team). By the time 2012 had arrived, these 13 seniors had played in a combined total of 443 games (out of a possible 494), starting 234.

They were battle tested. Rushed into action as true freshmen, they had seen highs and lows. They had achieved victories over Oklahoma, Nebraska, and Texas in 2010 before falling to earth and choking away games to Oklahoma State, Arkansas, Missouri, Kansas State, and Texas in 2011. They had been underdogs and won, they had been favorites and lost. As they prepared for 2012, this group was seasoned and without delusions as to the realities of major college football.

Still, they were regarded as also rans. To the outside observer they had done little to distinguish themselves. No conference titles, no top ten rankings, no major bowl victories. And now, they had a new head coach and new enemies. They lost the man who recruited and molded them. For those on defense, they were faced with their 3rd defensive coordinator in 4 years. How would these seniors respond to this new adversity, this uncertainty?

They responded with tremendous character and played the season of their lives. For their efforts, they will be remembered as the class that lead us into the SEC, not meekly as lambs to the slaughter, but confidently as the vanguard of a rising power, giving notice to Texas and the nation that there was a new kid in town.

The names of Nealy, Porter, Lewis, Michael, Swope, Lamonthe, Nwachukwu, McNeal, Harris,Terrell, Stewart, Mathis, and Epperson will forever be synonymous with character, perseverance, and unselfishness. They didn't quit. They didn't complain. When faced with the SEC gauntlet, they asked for no quarter and they gave none. Together they embody the best qualities of what Texas A&M stands for.

Let us never forget their efforts.

Thank you gentlemen, for all you gave your school.

Everything I've just written was said better in the in-depth articles for each player below. I encourage everyone to take one long last look to appreciate everything these fine young men have given our program. 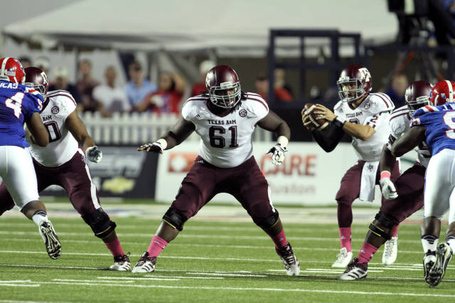 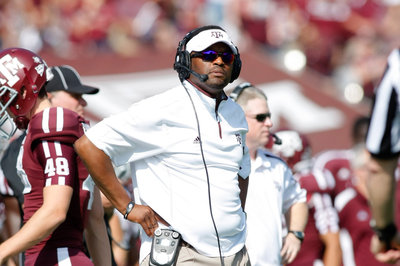