The Texas A&M Baseball team responded after an Opening Night loss to take 2 games out of 3 from the University of Illinois-Chicago.

After an unexpected and disappointing 2-0 loss on Opening Night to the Flames from the University of Illinois-Chicago, the Texas Aggie Baseball team responded with wins on Saturday and Sunday to take their first series of 2013. There are still a number of areas that the Aggies can improve upon, but the team showed character in bouncing back after a frustrating opening night. It wasn't always pretty, but winning the series is still a positive start for this young A&M team.

In the first weekend start of his A&M career, Daniel Mengden performed well and picked up his first win of the season. Mengden went 5.2 innings, giving up just 1 earned run on 3 hits with 2 strikeouts, 1 walk, and 2 hit batters. He also had the best WHIP (walks plus hits per innings pitched, or in other words the average number of base runners allowed per inning) of the 3 Aggie starting pitchers this weekend with a 0.70. His control was similar to how he ended the season on the mound for the Aggies last year, although perhaps not quite as overpowering. Matt Kent also made his 2nd appearance in as many days for A&M and has yet to allow a hit, proving to be one of a number of left-handed options for Rob Childress out of the Aggie bullpen.

After 9 scoreless innings on Friday and 4 more in this game, the Aggie offense finally awakened in the 5th inning against Flames starter Jack Andersen. Cole Lankford started off the inning with a single, and after Moroney struck out and Lankford advanced to 2nd on a Curl groundout, the Aggie bats came alive to score their first runs of 2013 - all with 2 outs. Jace Statum came through with an RBI single, followed by a Mikey Reynolds double and a Krey Bratsen 2-run single. The Aggies would add an insurance run in the 7th that would prove to be the difference in the game, with Jonathan Moroney leading off the inning with a single and Mikey Reynolds eventually adding an RBI single that scored pinch-runner Brandon Wood.

The biggest negative in this game for the Aggies was the performance of reliever Corey Ray, who was hit hard by the UIC offense and gave up 2 earned runs in just 1.1 innings of work. Ray was bailed out in the 7th inning by excellent defense from Mikey Reynolds who turned a double play and then ended the inning on a tough play to his left. Unfortunately things fell apart for Ray in the 8th, walking 2 batters and throwing a wild pitch before allowing a 2-run single that made the Aggies work to close this game out.

Lastly, Jason Jester made his debut in the maroon and white and picked up his first save in the process, although he probably would have liked for things to be a little smoother. Jester flashed good velocity and a nice breaking ball, striking out 2 batters in 2.1 innings of work, but he also allowed 3 hits and had to strand the tying Flames runner at 3rd to close out a 4-3 win for the Aggies.

It was a shaky start for Rafael Pineda on Sunday, but ultimately it was another strong performance out of an A&M starting pitcher. Pineda allowed the Flames to load the bases in the 1st inning with no outs and allowed a run to score on his error attempting a pickoff throw to 2nd. Rafi did well to settle down and end the inning with no further damage done, and he was able to work around allowing 5 more hits through his 6 innings of work while also striking out 5.

4 pitchers made their A&M debuts out of the bullpen on Sunday, starting with left-hander Ty Schlottmann who induced a double play from the only batter he faced after entering for Pineda with runners on 1st and 2nd and no outs. Zach Brashear was next up for the Aggies and he also retired the 1 batter he faced and stranded a runner on 3rd. Grayson Long pitched the 8th for A&M and although he was a little shaky, hitting the 1st batter he faced and walking another, he was able to work his way out with no runs allowed and 2 strikeouts. Andrew Vinson finished things off in the 9th inning to seal the win for A&M, although not before allowing a hit, walk, and hit batter to load the bases.

Mikey Reynolds had a strong performance for the Aggies offensively, going 3-for-4 on the day with an RBI and a run scored. Troy Stein, Cole Lankford and Jonathan Moroney all drove in their first runs of the year on Sunday, with Jace Statum adding his 2nd of the weekend. I was impressed with the patience that Daniel Mengden showed at the plate on Sunday as well, drawing 2 walks and adding a hit to go 1-for-2 on the day. I was critical of the top of the lineup for the Aggies after Friday night's game but Reynolds and Krey Bratsen performed well in the 2 A&M wins, going a combined 8-for-16 with 4 RBI and 3 runs scored.

The Aggies' offense still has quite a bit of work to do, and it certainly would have been nice to pick up a sweep, but bouncing back and winning the series left a positive feeling for the A&M team to start the 2013 campaign. While we knew that the offense was going to be a question mark for this year's Aggie team, the same could be said about the starting pitchers and those 3 guys performed exceptionally well. Martin, Mengden and Pineda gave up just 2 earned runs combined for the weekend and struck out 17 batters while walking just 2.

The sophomore class is going to be a key part of the Aggies' success this season, and they are going to have to start doing a much better job offensively or else the A&M offense will continue to have a hard time scoring runs. Lankford was the best of the sophomore group this weekend, starting off the season with a .300 average to go with 1 RBI and 1 run and he also looked very strong defensively in his first starts at 1B for the Aggies. Allemand, Bolcerek, Mengden and Nau went a combined 1-for-19 (.053) without a single RBI or run scored and just 3 walks, and Mengden accounted for the lone hit and 2 of the 3 walks. As I mentioned in the offense preview last week, those are guys that Coach Andy Sawyers needs to step up at the plate.

The Aggies take on Steven F. Austin on Tuesday and Texas Southern on Wednesday before next weekend's big series with a talented Pepperdine team. We'll have a full breakdown of those 3 teams right here on Good Bull Hunting this week. 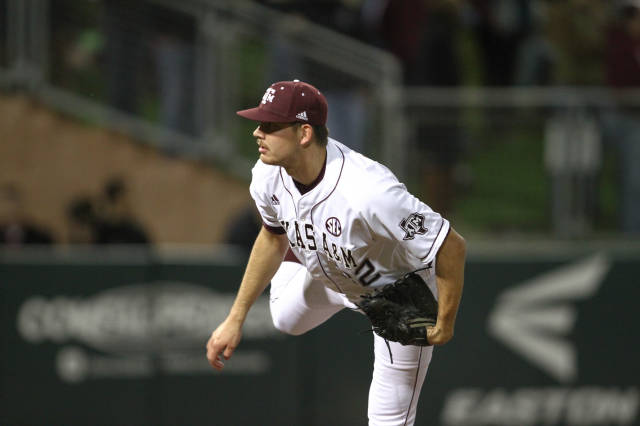 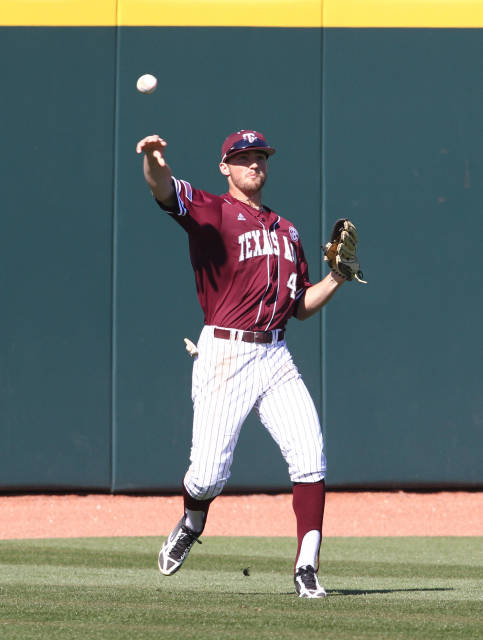