Olsen Magic is back! Texas A&M prepares for its first season of SEC Baseball, and we start by taking a look at the pitching staff.

"Well, beat the drum and hold the phone – the sun came out today! We're born again, there's new grass on the field." That's right, baseball fans, Leo has the Olsen Field grass looking pristine (it may not quite be "new" but we're not going to split hairs here) and the long offseason is finally coming to a close. Olsen Magic is back! Opening Day is just 4 days away with the Aggies kicking off the 2013 season against the University of Illinois-Chicago in a 3-game series this weekend.

After a disappointing exit from postseason play in the College Station Regional last season, Aggie Baseball will look to follow the lead of Kevin Sumlin, Johnny Manziel and Co. and take the SEC by storm. Losing a number of last year's major contributors to graduation and the MLB Draft will not be easy to overcome, especially entering what is without a doubt the best baseball league in the country in the Southeastern Conference, but there is plenty of young talent on the roster that has a chance to step up and make a statement.

To make this a little easier for everyone, we're going to take a look at this year's 2013 Aggie Baseball team in 3 pieces. I'll start by breaking down the pitching staff in today's segment, then tomorrow I'll take a look at the options for the lineup and who some of this year's main contributors should be, and lastly on Wednesday I'll wrap up with a preview of what to expect from the Aggies’ schedule in their first season in the SEC.

How's this for a fun fact: every year since 2009, there has been a Texas A&M pitcher taken in the first three rounds of the MLB Draft. That certainly speaks to the job that Coach Rob Childress does of selecting and developing talented young pitchers in Aggieland. Last year was no exception, with weekend starters Michael Wacha and Ross Stripling being drafted in the 1st and 5th rounds respectively. While it undoubtedly will not be easy to make up for losing 2 starters who combined for 19 wins in 2012, there is a myriad of young and talented pitchers who have a chance to contribute in 2013. Coach Childress also has a nice mix of right and left-handed pitchers at his disposal this year, which is a positive change since featuring a mostly right-handed staff in 2012.

Senior Kyle Martin worked hard in the offseason to move from closer to starter, and he also changed his delivery from sidearm to throwing over the top again. Pitching primarily in the closer role in 2012, K-Mart posted a 6-5 record with a 3.20 ERA, including 7 saves, 52 strikeouts and 21 walks in 56.1 innings. Martin pitched in 19 innings for the Brazos Valley Bombers over the summer and finished with a 2-0 record, including 18 strikeouts and a 1.67 ERA. It may take some time for K-Mart to get all the way to where he wants to be as a starting pitcher, but he should be a major piece of the rotation this season.

Sophomore Daniel Mengden had a strong end to the season on the mound last year and is expected to move into the weekend rotation in 2013. Velocity has never been an issue for Mengden, but control issues plagued him early in the 2012 season. He seemed to have worked out the kinks by the end of last year, but he will have to continue to be accurate on the mound on a regular basis if he wants to keep a starting spot. Daniel finished 2012 with a 3-4 record and 3.83 ERA for the Aggies, but in his last 2 starts of the regular season he threw 14 innings and gave up just 1 earned run while striking out 9 and not walking a single batter. That is the kind of form that Coach Childress hopes to see from Mengden on the mound in 2013. Mengden was actually featured as a closer during summer ball for the San Luis Obispo Blues, picking up 9 saves and 18 strikeouts with a 1.46 ERA in just 15 innings of work.

Rafael Pineda had an excellent start to the season as the Sunday starter last year, and although he did hit a bit of a rough patch down the stretch, it is probably safe to assume that he will be in the same role this season. Rafi started the first game of his collegiate career (after recovering from shoulder surgery in his freshman year) against Illinois-Chicago and held a no-hitter into the eighth inning, earning the win while giving up just 1 hit and no walks. Pineda threw a complete game against Kansas State in March in one of his more impressive performances, and he finished the season with a 5-1 record, an ERA of 2.71, 44 strikeouts and 16 walks in 83 innings of work.

In terms of the midweek starter role, Coach Childress is likely to give a number of different guys a chance until someone steps up and wins the job. Sophomores Corey Ray and Gandy Stubblefield, both of whom saw time in the midweek starting role last year, are likely to get a look for the spot this season. Ray made 12 appearances in 2012, including 3 starts, and finished with a 2-0 record and a 3.52 ERA as well as 17 strikeouts and 10 walks. Stubblefield appeared in 10 games and posted a 3.86 ERA while not earning a decision, and struck out the same number of batters as he walked with 15. There are also a number of freshmen (both true and redshirt) who should have a chance to compete to earn the job – A.J. Minter, Grayson Long, Ty Schlottmann, Matt Kent and Andrew Vinson are among the most likely options. Kent and Schlottmann are both left-handed redshirt freshmen who played in summer ball over the offseason, and actually posted relatively similar numbers. Kent logged over 78 innings for the Rochester Honkers, finishing the summer with a 3.46 ERA, 50 strikeouts and 14 walks. Schlottmann threw 65 innings for the East Texas Pump Jacks and ended with a 4.12 ERA, 43 strikeouts and 14 walks. If Minter doesn't win the midweek starting spot, you can almost certainly expect him to be a regular contributor out of the bullpen for the Aggies. Minter is a true freshman from East Texas who chose the Aggies over the likes of TCU, Arizona, Arkansas, and Mississippi State.

Also, keep an eye on sophomore left-hander Nathan Sorenson as a possibility for the midweek starter role or as a key contributor in the bullpen. Sorenson is a transfer from Oklahoma State who redshirted last season, and was named one of the Top 10 players in the Texas Collegiate League this summer by Perfect Game USA. Sorenson won 4 out of 5 starts, posted a 1.67 ERA, and struck out 31 batters in 27 innings of work for the Brazos Valley Bombers over the summer. Parker Ray is another likely contributor for the Aggie bullpen in 2013 after making 16 relief appearances for the Aggies in 2012. Ray was teammates with Mengden in summer ball, and finished the summer with a 1.82 ERA in 29 innings of work which included 5 saves and 58 strikeouts.

Last but certainly not least, don't be surprised to see Jason Jester, a Junior College transfer who was ineligible last season but had an outstanding summer, make a big impact this season in the closer spot. Jester shattered the Texas Collegiate League record for saves over the summer with 19 (the previous record was 12), and put up an impressive 0.58 ERA with 42 strikeouts and just 3 walks in 31 innings of work. Jester’s impressive summer was recognized by Baseball America, who named him the top prospect from the Texas Collegiate League. Depending on how the weekend rotation works out, Jester might be worth remembering as a dark horse to move into a starter role should the need arise. 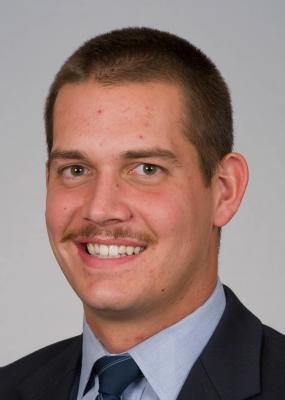 I had the chance to catch up with senior pitcher Kyle Martin after the team’s first scrimmage to talk a little about last season's disappointment, expectations for 2013 and more. Martin was honest about the 2012 season not ending how the team wanted it to, but also focused on how that can drive the team forward for this year. "Last year was a huge motivator for us this year," Martin said. "We look back and we have everything in place and it just didn't turn out the way [we wanted it to]. And that's how baseball is, but we take that into the fall and have a really good fall and just have that in the back of our minds pushing us to be that much better."

As mentioned, Kyle will be moving from closer to starter in 2013 and has also changed his delivery, so he shared some insight into that decision and how the process has gone. "Right at the end of the year we had our end-of-year meetings with coach and he brought up the idea that he wanted me to work on starting and throwing over the top. So kind of like I did going from high school to throwing sidearm, I said ‘Coach whatever you need me to do I'll do and I'll work hard at it.’ So I spent the whole summer just figuring out how to throw over the top again. I had a pretty good fall, and I'm still working to get there completely and all the way back, but [I've seen] very positive things." Martin's team-first attitude and willingness to do whatever is asked of him says a lot about his character and I expect to see him as one of the leaders of this 2013 squad. Speaking of this year's team, Kyle made it clear that they have set goals in mind and are going to work to achieve them, regardless of the players they lost from last season. "You know, our expectations haven't changed," Martin said. "Players move on every year but we keep our expectations the same: we want to finish at the top of the SEC, host a regional, host a super regional, and make it to the College World Series and actually win it. So our goals don't change, we have a younger team but we also have a very talented team and I think we're going to surprise some people."

K-Mart acknowledged that there are going to be a lot of new names and faces (and even some old ones featuring in new roles) for Aggie Baseball fans to watch this year, and gave us 3 names to keep an eye on going into the 2013 season. "I think everyone is going to contribute a lot and I think we'll see a lot of freshman playing and a lot of sophomores that weren't playing last year get to play a lot. But Cole Lankford moving over to 1st base is going to be huge for us. AJ Minter might be in the back of the bullpen – we haven't really gotten our roles yet. And Grayson Long too, he's got a great arm. And really all of the freshmen are extremely talented and we're going to see a lot of them this year and in the years coming." And last but not least, the regulars at Olsen need not worry about K-Mart changing his walkup song this year – "Have to keep it. Have to. Jump on it," said Martin.