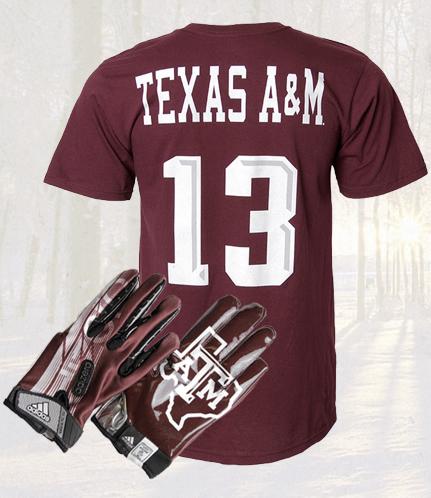 Buy receiver gloves get a #13 shirt for FREE! Check back daily for a new 12 Days of Christmas deal from AO.

Well, that's finally over. With KDS now firmly ensconced in College Station for the foreseeable future, USC hired...Steve Sarkisian. Not that the Washington coach won't be a good fit or do a good job (he has plenty of Trojan ties), but Ed Orgeron was none too pleased to not even be interviewed after the job he had done as interim HC this season.

Survey says... that Johnny won't even be invited to New York for the Heisman ceremonies this year. He finished just outside the top five, according to the Dallas Morning News. Clearly, this is an infallible prediction:

More than two dozen media members vote in the Heisman survey each week.

There you have it.

Have a good Tuesday.