Here's a glimpse into what the team got up to on the first day of official bowl activities.

Howdy, guys. While we're not quite in Atlanta yet, we are already getting the official bowl media feed from the good people at the Chick-Fil-A Bowl, and we're sure as hell going to make use of it. Below are a few pictures from the official Team Welcome Party at Dave & Buster's, and my own invented scenarios that describe them. 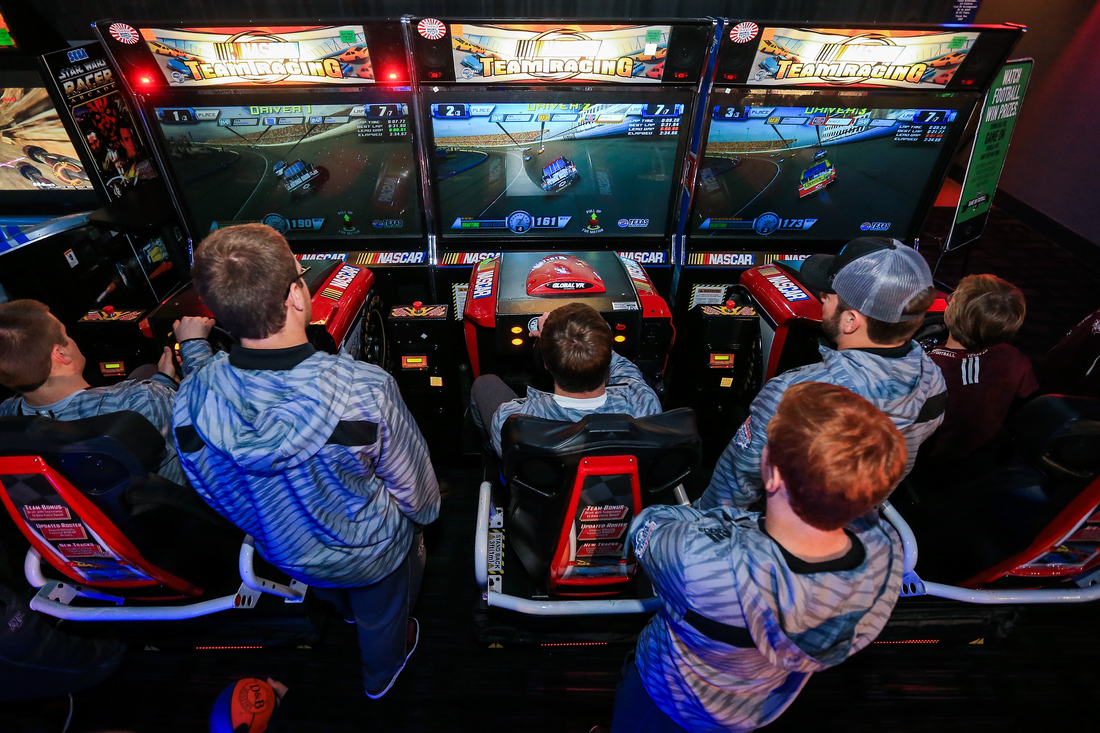 Just your usual NASCAR Team Racing. I imagine they're all bobbing their heads like the SNL Roxbury guys. 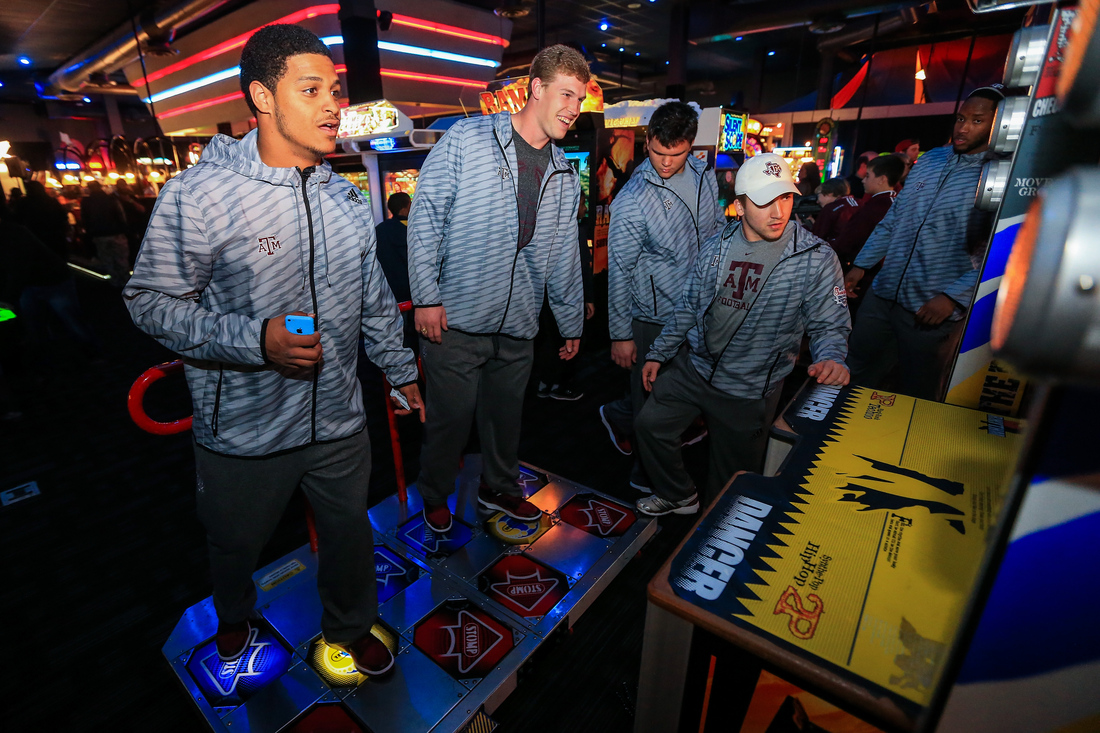 This appears to be a zombie- and/or shark-related video game, with Howard (far left) and Jake (middle) looking on in astonishment at whatever is happening. The absence of Toney Hurd, Jr. suggests that he has actually transported himself INSIDE the machine. Incredible. 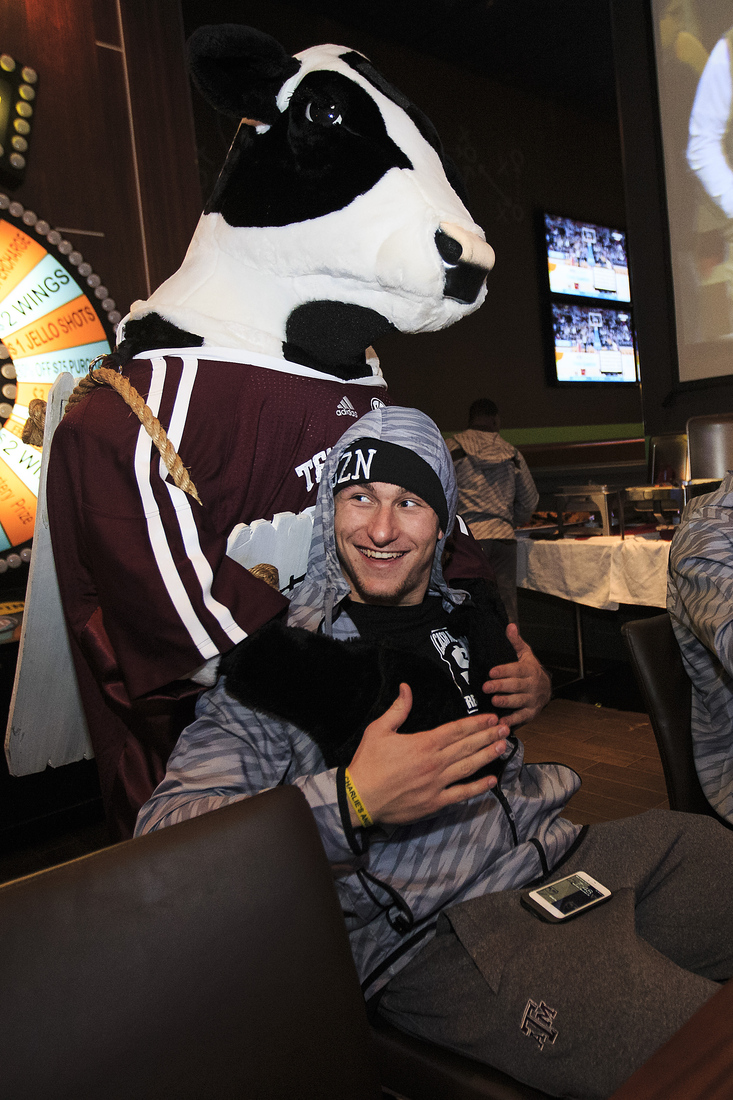 A fast-food mascot cow is groping Johnny Manziel's chest. He's clearly not ready for the NFL because he enjoys fun. The credentials are already worth it. 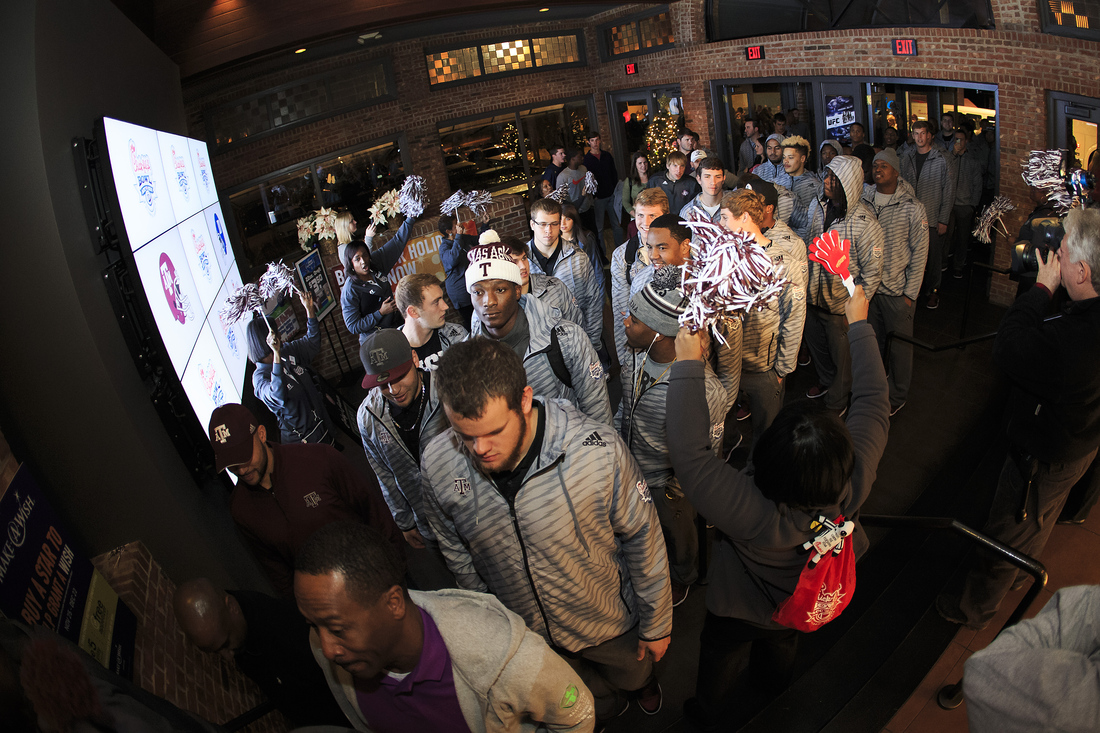 Goodnight, video arcade. Those looks are just screaming "serious business" which is a great sign.

We'll be bringing you as much as possible from Atlanta, even before we get there in person. Stay tuned.