We at GBH have had our collective ears to the ground to work out who will be the next head honcho in Austin. Here's the list we've assembled from our top secret sources of information.

Known for his no-nonsense attitude and a penchant for rebuilding teams, Ed "Straight Arrow" Gennaro could bring some much-needed stability to a football program that seems directionless right now. He is often creative when developing personnel packages when faced with unique challenges.

After laboring for years in the shadow of his more successful brother, Danny O'Shea was finally able to piece together a championship team and defeat his rival sibling. Known for his innovative playcalling, determination, and grit, O'Shea could be just what the Longhorns need to see them through this transition period.

Pros: Adept at working with less than adequate resources, he should excel when given a virtually unlimited budget.

Cons: May have trouble recruiting when parents can't see him through the peephole when he rings their doorbell due to his short stature.

Having reached the pinnacle of success at the high school level, is it time for Eric Taylor to follow the example of coaches like Art Briles and Gus Malzahn and take his skill set to the next level? It would be interesting to see how his success would translate to the college game.

Pros: Would be an excellent recruiter in Texas; knows all the coaches.

Cons: He seemed fed up by booster meddling at his last stop, and one wonders if he could handle all the politics involved with coaching in Austin. Here's a coach who can handle the pressures and expectations of Austin. A savvy veteran of the pros, D'Amato is adept at juggling the many roles of a head football coach. The big question mark is whether or not his style would mesh with the high expectations the University has with regards to athlete behavior.

Cons: Likes to yell a lot and Longhorn players aren't accustomed to that. A legend among the collegiate ranks, Winters would seemingly excel at the helm of the Longhorn program. He knows how to balance the needs of student athletes, boosters, University administrators, and the NCAA. The only real question mark would be his willingness to leave ESU, which he has built into a powerhouse. Details, details. Texas can get anyone they want, right?

Cons: A bit lax when it comes to player discipline, which wouldn't go over well in Austin. 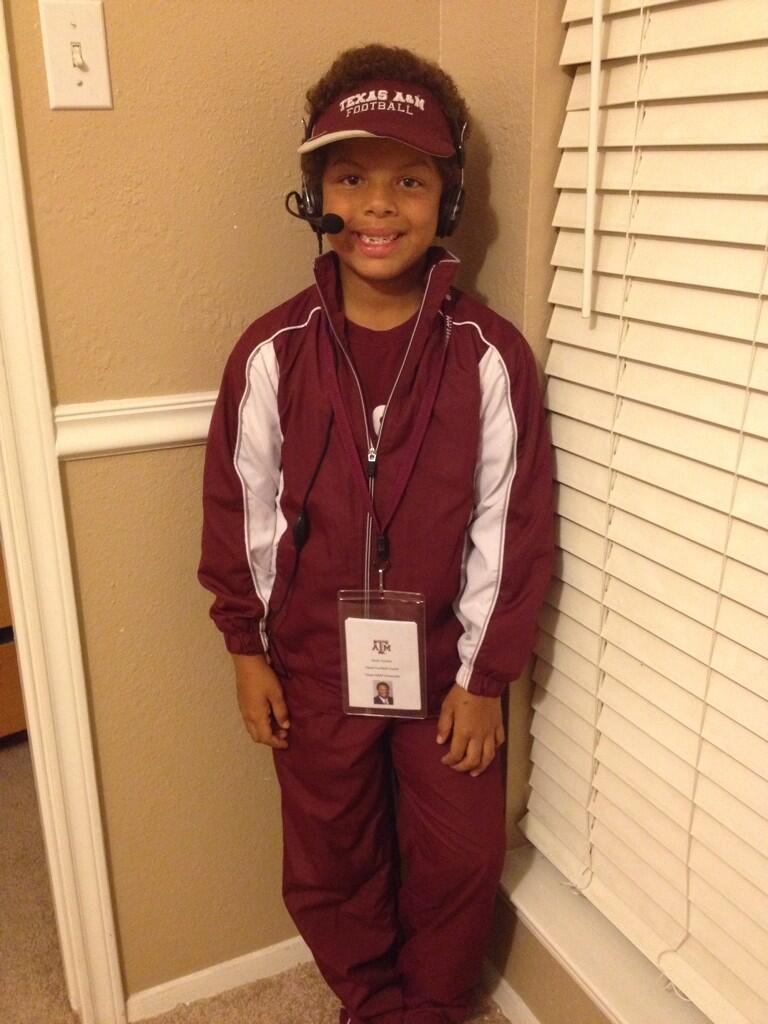 The Longhorns might make a surprise move and reach out to a youthful, energetic coach. Some critics might see this as trying too hard to emulate their neighbors over in that sliver of East Texas who are not and have never been their main rivals, but there's no arguing that their move has reaped huge rewards. The majority of Longhorn fans are too casual to realize it's a ruse anyway.

Cons: Is a small child dressed as Kevin Sumlin. Twitter knows everything, so why not make it a coach? We've seen time and time again how "sources" are proved to be 100% accurate, so let's just hire the all-knowing Longhorn fan base to do the damn job itself. Just have a GA monitoring Twitter in the press box. Our social media expert thacktor believes this is the wave of the future.

Cons: Longhorn fans may be forced to yell at themselves in the mirror after losses. Wait, how is this a con again?