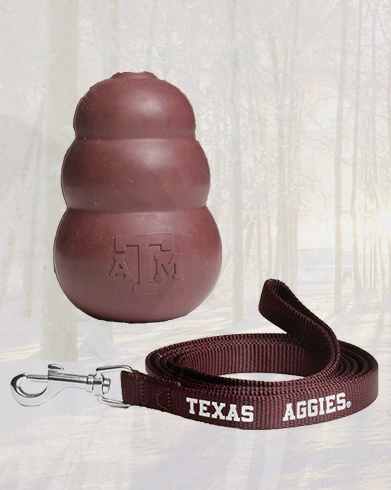 Pet Day! Free toy with $50 purchase. Check back daily for a new 12 Days of Christmas deal from AO.

Heisman Finalist. There are six candidates going to NYC this year (which is rare) and Manziel will be one of them. Hell, he could have gone anyway to stand on the stage with the rest of the past winners, smirking at the finalists, but might as well sit in the crowd as a contender again while you can, right? Or maybe he'll pull a double move and do both. YOU NEVER KNOW WHAT HE'S GONNA DO.

SEC BOWLS. Team Speed Kills has your complete conference bowl game schedule, which features 10 bowl games crammed into one week between December 30 and January 6. Crazy to think that Florida, Tennessee, and Arkansas make up 75% of the teams staying home. S-E-C! or something.

The usual suspects. The 2013 AP All-SEC team was announced yesterday, with Manziel, Mike Evans, and Jake Matthews all on the first team. Drew Kaser, our favorite for the Ray Guy Award as one of its three finalists, finished second team to Alabama's Cody Mandell, who is not up for any awards because BAMA PAWWLL.

Coming soon: we've got plenty of bowl coverage in store, but we're also about to lay a serious Ray Guy Award endorsement on you. We're setting the Kasers to 10 and taking no prisoners.