It Needs More Cowbell…or does it?

Share All sharing options for: It Needs More Cowbell…or does it?

TB Wire (Starkville, MS) A number of high-level donors and citizens of Mississippi are questioning what seem to be years of wasted resources on medical research. Mississippi State University (MSU) scientists have tirelessly pursued research endeavors to connect ringing cowbells to disease prevention. MSU, the state’s largest land grant college, an institution that exists to serve the populace of the Delta State, are coming under fire for what many are calling "a complete waste of money," a "violation of the public trust," and "something only complete morons would ever pursue." 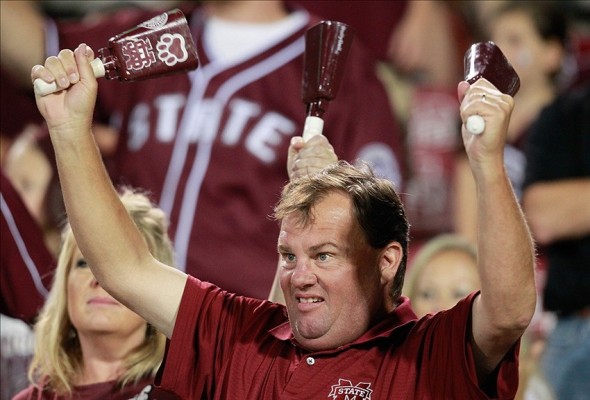 Mississippi State Fan, Jethro "Tubbs" Plunkett (above) vigorously shakes his cowbells and double chin. Many credit MSU cowbells as the inspiration behind the "Shake Weight."

Many experts outside of Mississippi find the fruitless research unsurprising given that half of all Mississippi households lack indoor plumbing, the state ranks lowest in every single public education indicator, the obesity rate is highest of any state in the union, and Jefferson Davis is the sitting U.S. president according to 48% of residents in a 2013 poll. These statistics support what has become a dire situation at MSU, where 65% of research funding has been directly invested in cowbells. The research was motivated by multi-platinum music producer Bruce Dickinson (below), who while cutting a mega-hit with the Blue Oyster Cult, stated, "I have a fever... and the only cure is more cowbell."  While this phrase became very popular among teenagers and smart asses across America, it was MSU that built an entire research program around something that was clearly intended to be a metaphor. 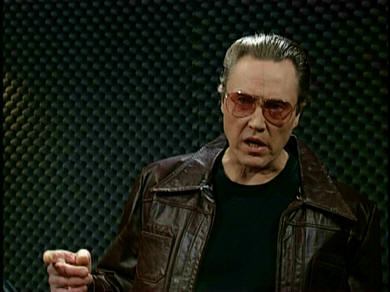 Platinum record producer Bruce Dickinson (above) puts his pants on one leg at a time.  But his fever can only be cured by one thing.

The university’s top lab scientists also felt that the MSU fanbase was onto something by relentlessly and tirelessly ringing a piece of brass for four excruciating hours in hopes of gaining some sort of a favorable outcome. While the cowbell was creating absolutely no measurable success on the playing field, Dr. Roy Bean Hubbard hypothesized that the problem was in execution rather than conception. Dr. Hubbard, who prefers to be called Roy Bean, leads the Applied Sciences Department at MSU and was the first investor, pouring in over $2.8 million dollars of a federal grant from the Center for Disease Control (CDC) earmarked for Infectious Diseases, to cowbell research. His research involved ringing a cowbell over the top of infected cells in a petri dish for the past 15 years. Suffice it to say, this exercise did absolutely nothing to prevent the infectious agents from growing. After accumulating over $38 million in expenditures over the lifespan of the project, MSU is at the forefront of what could be the greatest embarrassment in modern medical science.  Coincidentally, the football team holds the same dubious distinction in SEC football.  "I don’t know why everyone is so riled up," said Roy Bean. "It is a solid theory and while we don’t have any results  - I just think it needs more cowbell." 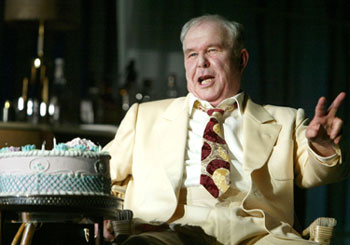 Before eating an entire cake in one sitting, Roy Bean Hubbard (above) explains why all he needs for his research are "more money and more cowbell."

The same could be said for the MSU football team; maybe they just need more cowbell. Any way you slice it, MSU has been a disappointment in athletic and academic fields. With every clang of a bell, we are reminded of the trail of mediocrity that MSU is blazing.