Turkey birds are different from sea to shining sea. And you'll never see another bird like this one to you from me. Can you see what makes him different ? Do you need some helpful hints ? He is made from his very own dumb-assery and is a lunatic.

Share All sharing options for: Good Bull Hunting's 2013 Turkeys of the Year 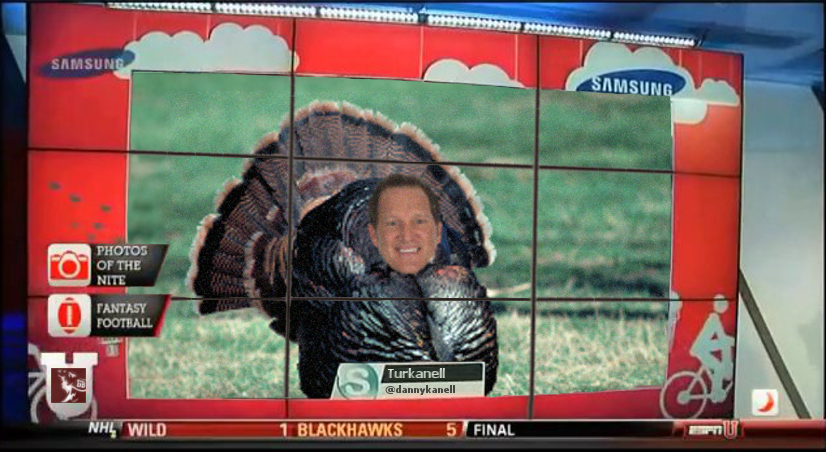 Oh Danny, where do we begin? We've known each other for just a short amount of time. Yet like an old married couple, we're the happiest when we are apart. You've given us your #HOTSPROTSTAKES on Johnny Manziel, including this little radio gem on why Manziel might not be a "net gain" for Texas A&M. And then there are your weekly QB Stock Reports which we find to be completely dumbfounding. I have always wondered whose dirty photos at ESPN you have in your possession that allowed you to keep your job after your Emmy nominated television show Unite was cancelled. 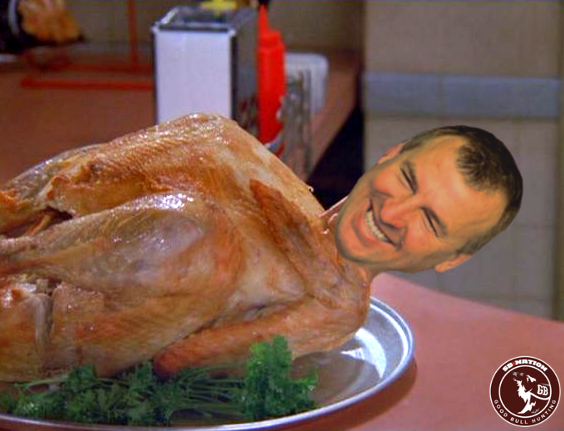 I'm not sure if there's another SEC football coach we've poked fun at more than Arkansas' Bret Bielema. We're not going to go too rough on this one, for several reasons. First, you have to understand that Bret has had a troubled past. Also, Bret is a little slow and can't keep up if we start to go up-tempo. It's a safety issue you see. In fact, it can cause him to have trouble walking. Then there are his struggles with twitter. He is prone to committing NCAA violations, but yet has mastered the art of sub tweeting especially after someone just shocking leaves. I guess you could say that is…….#karma. 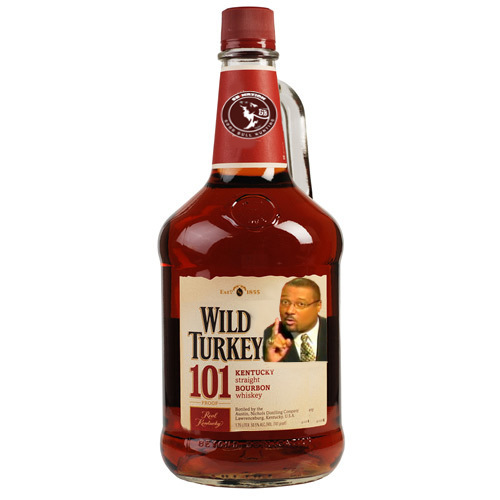 Bringing shame to the holiday gathering since 1979. As the college football season begins to wind down, I suddenly realize I haven't seen or heard much of Mark this college football season. I guess boy wonders like Danny Kanell are taking his place at the mothership. Or, maybe it's because he is a hypocrite. That, or maybe he and his buddy Lou Holtz are justsssh terrible and tiring. But it could be that whole terrorist threats and inciting a riot thing. Don't worry Mark, we aren't that good at our jobs either, but that is why we can critique excellence.

The Auburn Tigers (Eagles?) were not as War Damn Feeble as we had hoped. It's fun (?) to go back and think this was the first game where we began to question whether or not our offense was doing its job. But above all, it was the shoulder pain of the missed horse collar call on Johnny Manziel that could have changed the end result of the contest. Those damn Tigers in the SEC appear to have us by the tail this football season. 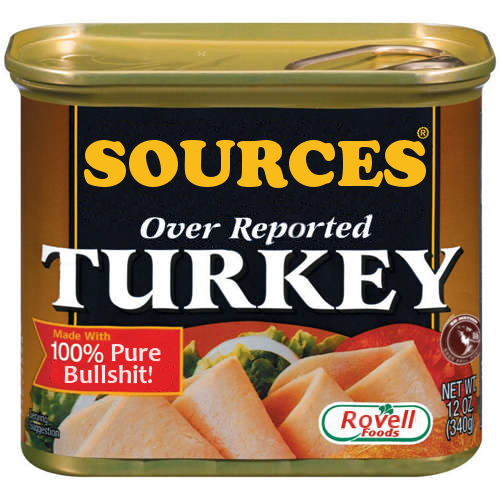 Here is a FIRST LOOK: Darren was born to be a sports blogger. After all, he just makes shit up to get clicks. We here at Good Bull Hunting are very thankful for Darren Rovell. Over the past year, no one has given us more content ideas or success. We've had quite a bit of obsession with Mr. Rovell, even going as far to mock Darren's 7th grade class photo. As you sit around the table this Thanksgiving and look around at your relatives, remember that none of them are as pathetic as getting duped by a teenager. You'll begin to appreciate them a lot more, and realize how #blessed you really are. You can put your signature on that.

Did anybody else notice that #JohnnyRepeat died with this gif?

This isn't just any turkey,

As anyone can see.

he is a made-up phony,

who greatly annoys me.

It comes with lots of love,

I hope you all have a very