Let me start off by saying, I like Danny Kanell. I don't agree with his analysis most of the time, but I appreciate that he played the QB position at a high level for a while, and that he engages with people on Twitter. Even if you hate his opinions, you have to like the fact that he will defend them and get into it with people.

Now is when I insert a line like, "With all due respect..."

Danny Kanell's QB stock report is one of the dumbest things I've ever seen, but I think that flak he is getting is coming from something he isn't doing intentionally.

Here are some of the shots I could find on Twitter. Danny, if you read this, and you have a week-by-week progression of this list, shoot it over to me. From the sample I have here, either you don't know how arrows work or have no idea why making a list of current QB rankings mixed with a future forecast indicator could be confusing. This is basically my face as I read through these: 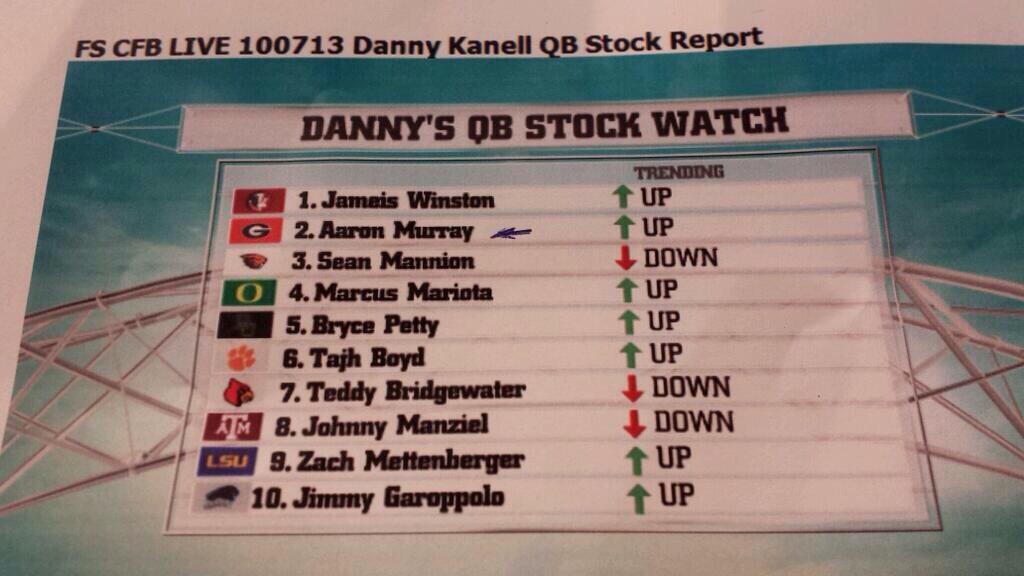 Apparently, Johnny "Trending DOWN" was a good thing as he goes from 8 to 6: 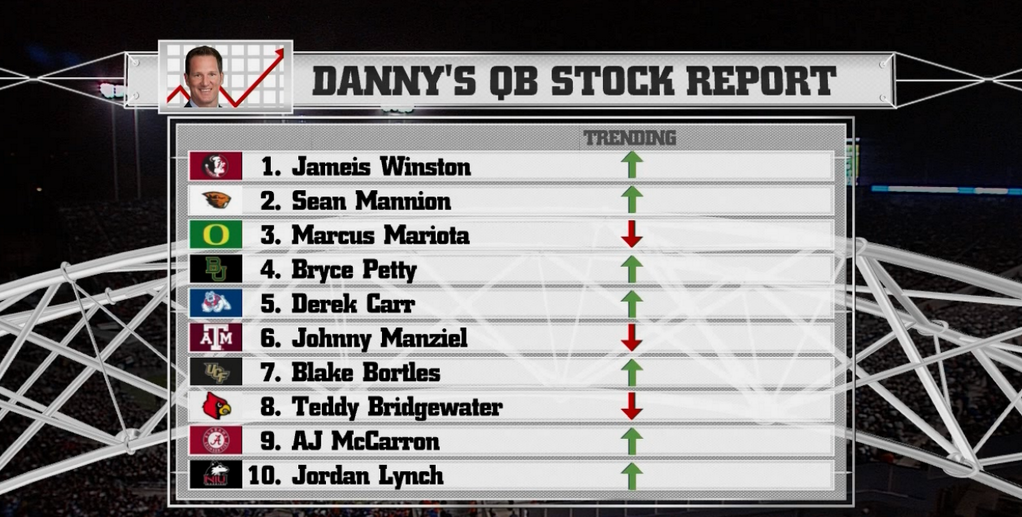 Johnny is still trending down, but moving up. Okay.

Johnny moves up to #4, but has a down arrow next to his name. To confuse things more, the word "Trending" has been replaced by "Status". 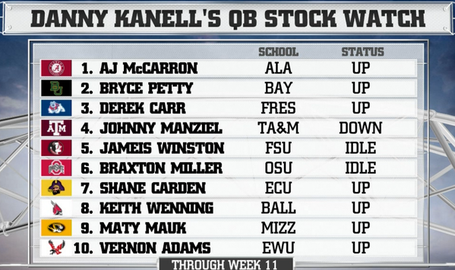 This week, wouldn't Johnny's status be "Idle" since he is on bye? Is it forecasting, or is it status? Is it a trend from the last week? I'm guessing it's that last one, and we just don't have all the data. It would be much better to put "Last Rank" and the number to curb confusion. Looking through the last few samples, it looks like everyone trends normally. Up means up, down means down, except when it comes to Johnny.

@TelcoAg Following this logic, by 12/7 he will be trending DOWN at #1?

It's possible that the reference chart for these diagrams is an ESPN Top Show list with UNITE!'s arrow pointing solidly in the UP position.

If you are going to keep doing these reports Danny, please do us a favor and present the list with a Matthew Lesko style suit on so that people understand better the mindset you were in when you wrote it up. 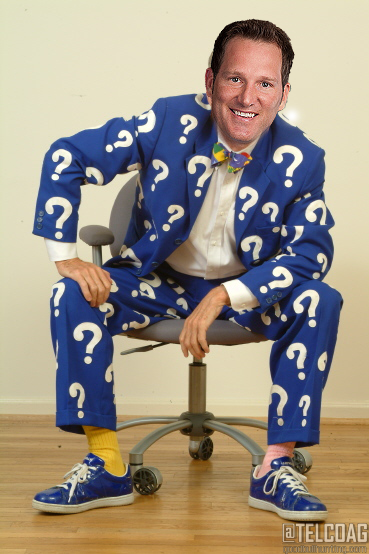 Edit: I just wanted to add a note on this. I doubt this is on Danny really. He makes the top 10 list, but probably isn't the one with creative control over how the graphic is presented. It's obvious to me that the trending / status line is supposed to represent a change in position from a previous week. The problem is words like "stock" and "trending". Trend lines are generally used for forecasting, which is what confuses this entire thing. The presentation needs to change for a stand alone graphic like this to be understood without being able to see the context of the previous week.

My real problem with this whole thing is that I can see Kanell on twitter using veiled sarcasm to call people dumb for not understanding the chart right away. Typically, when a room full of people give you an odd look, it's generally better to ask yourself what you might have done wrong rather than assume they are all idiots.

Kanell responded to fill in the blanks to show that the trending line does represent the shift from the previous week, which is a no-brainer if you see it, but isn't if you don't.

And, he proved my second point above immediately afterwards.

@TelcoAg @GBHunting i know it gets really complicated but it's basic numerology. Maybe it takes a higher education to understand

Favorite part there is him saying it's basic numerology. Let's just review the definition of numerology:

"the branch of knowledge that deals with the occult significance of numbers."

So I got it wrong from the jump. Apparently Danny was actually mapping the zodiac signs of each QB. My bad.