An outsider delves deep into the bayou to discover the soul of Louisiana, and returns physically and mentally intact for the most part.

I used to live in Venice.

Mention the word "Venice" to virtually anyone and you will conjure up images of romantic gondola rides, Renaissance artists in their prime, and piazzas filled with tourists feeding disease-ridden pigeons. For me, the word will forever be bound to memories of devastation and isolation. In early 2006, I was assigned as a field engineer to work on a project in post-Katrina southern Louisiana in a town called Venice.

Six months after the hurricane hit you only needed to drive 45 minutes south from downtown New Orleans to reach the end of humanity. Venice was a full 2 hour drive south of New Orleans. No electricity, no running water, and not a single structure left standing. This place was World War Z if the zombies had won. 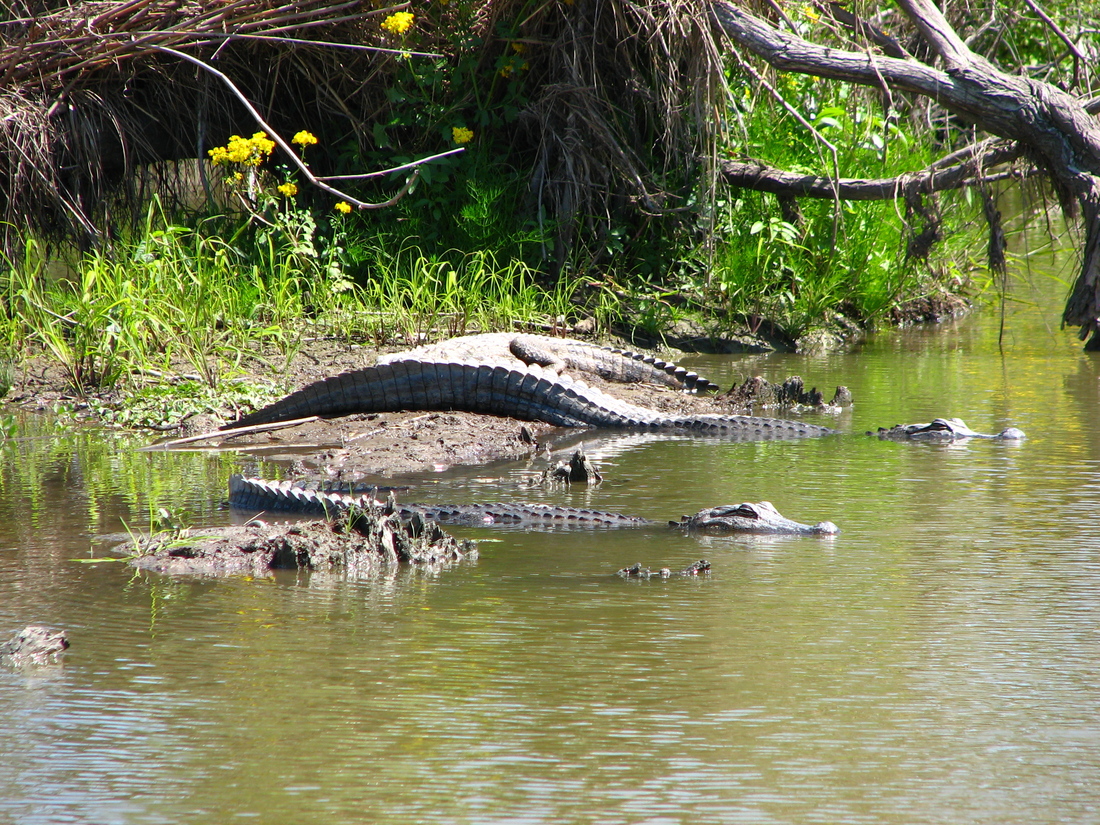 An enterprising gas station owner – once famously advertising that he sold "The coldest beer in town" – had set up shop in the gutted remains of his former storefront and greased the palms of his Miller Lite distributor to make sure that his ice coolers remained stocked despite no supply lines to the area. A hand-painted piece of plywood propped up by the highway announced "The only beer in town". For $1 per can (or $1.50 per can cold), any worker in the area had the right to stand in the rubble-strewn parking lot and get drunk by the dim light of a streetlight hooked up to a Honda generator. But for men who were spending weeks at a time in total isolation surrounded by nothing but decay and despair, that parking lot was a desperately needed outlet and will always be remembered as the finest of watering holes. Having a beer at all was the best part of the day. If it was cold, well that was just lagniappe. 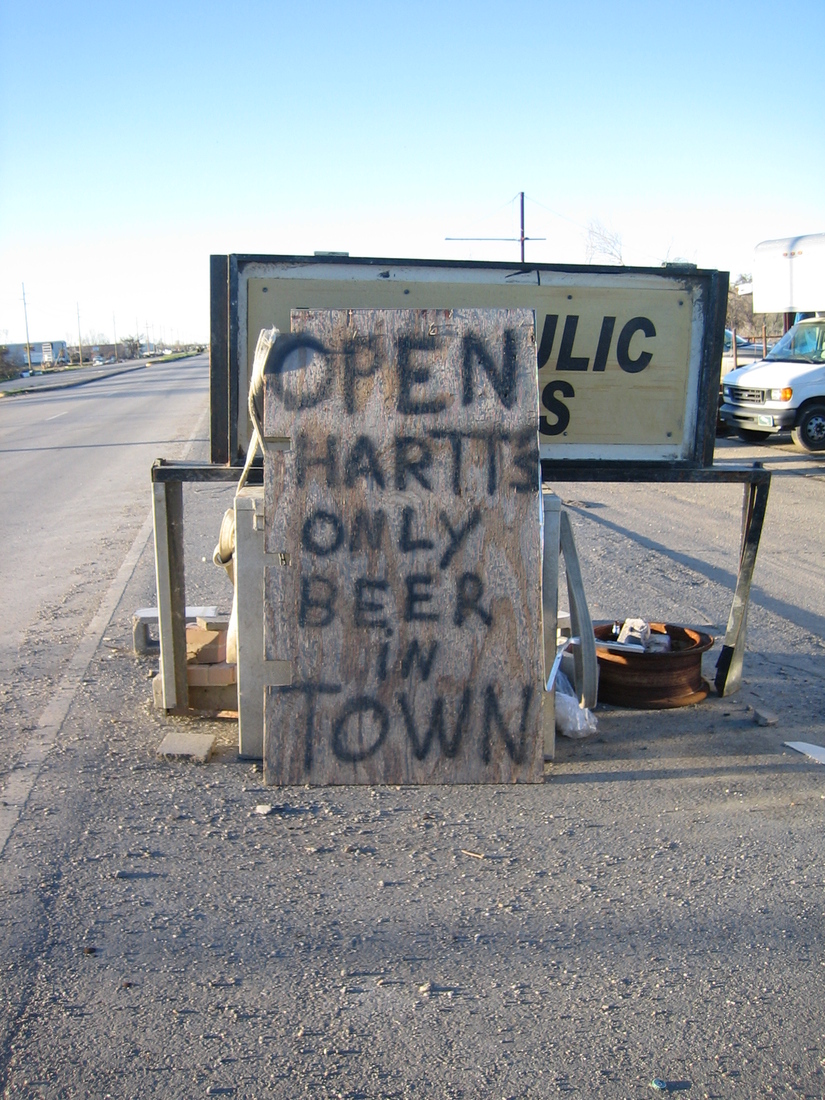 One night as my fellow engineers and I sat drowning our sorrows, we were approached by a man taking shelter in a nearby abandoned building. He asked us to pull our pickup over so we could all listen to the radio, and in turn we could share their fire. Inside he and another man huddled around a fireplace in a gutted warehouse, burning debris and discarded pallets for warmth. We sat in broken patio furniture and camping chairs for hours and talked, mostly about the friends and family and livelihood that the men had lost during the storm. They were shrimp fishermen, and were now de facto homeless as their homes and boats were destroyed in the storm.

And they loved – LOVED – LSU football. While there is little doubt they did not attend the school, to mock so-called "t-shirt fans" is to shun something any football program should be proud to have. We should be so lucky.

We gave them most of our beer as we sat engrossed and humbled by their stories and happy to escape to talking football. No one said anything about it, but one of the men realized that our beer supply was dwindling and you could tell he wanted to repay us for our generosity.

"Do you want some wine?"

Napa was far away, Bordeaux even farther. As the man disappeared behind the building, I briefly entertained the hope that we were going to be offered wine of the fortified variety. Let he who has not downed a bottle of MD 20/20 cast the first stone, I always said. Then the man returned with a bottle of Southern Comfort filled with a clear, slightly murky white liquor complete with chunks of detritus floating in it and I realized something: I had never seen moonshine before. 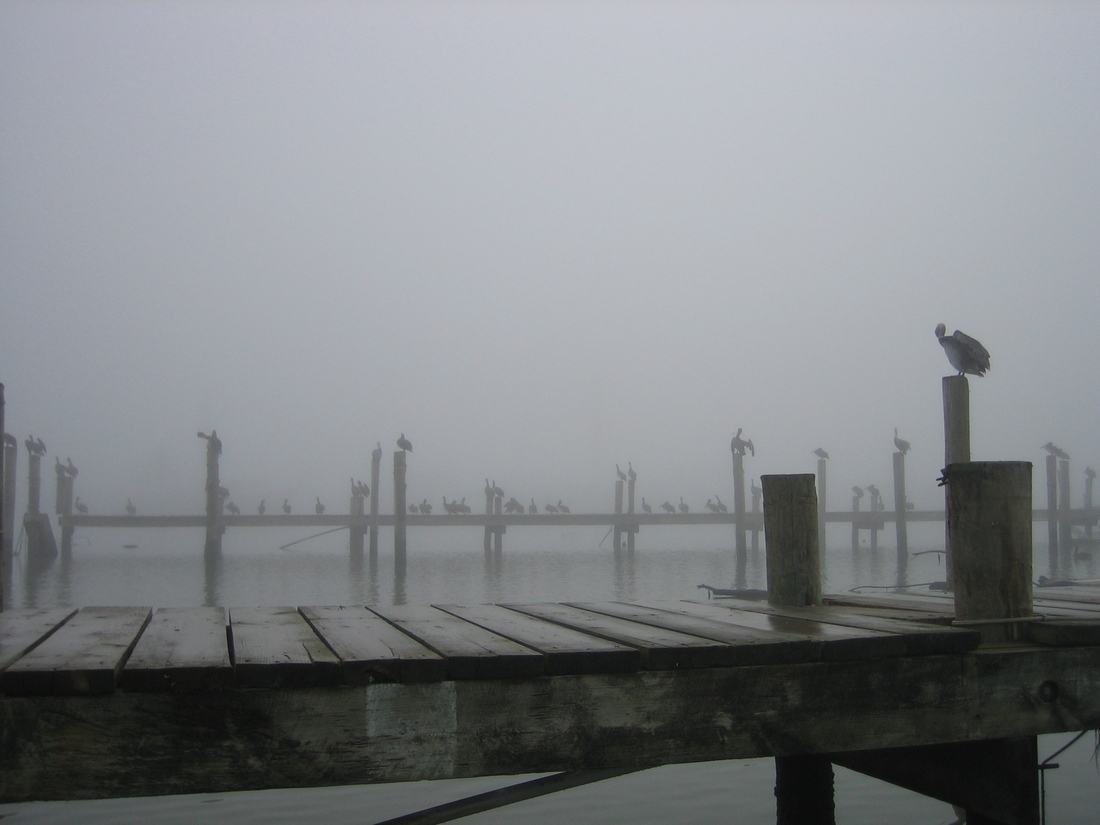 Louisiana is as unique a place as you’ll find in this country. That is not a compliment, but it is not an insult either, and that in itself is what is so interesting about the state. Consider the following facts:

- Louisianans grow up in a state where the environment is constantly attacking them, and to their credit they attack the environment right back. I once watched a survey boat operator threaten to quit his job on the spot because our company had a problem with him drawing a .45 to shoot a gator that he had just lassoed by hand and tied to the boat during our survey operations.

- If a Louisiana man tells you that he cooked something from his mama’s recipe, be aware that the food he is serving you has a Scoville rating that can be prosecuted as a war crime under the Geneva Convention. Invariably you will eat this dish and then require three things immediately: a fresh pair of underwear, a merciful clean death, and another helping.

- This billboard exists. There is almost certainly a political, marketing, or personal context that somehow justifies its existence. However, without said context the message is still somehow perfectly apropos as you rumble eastward along an expansion joint riddled stretch of I-12. Baton Rouge: 1st grade city killing people at a 4th grade level.

Louisianans identify as deeply with their home as anyone you will meet, but they do so with a subtlety that is not brought on by shyness, shame, or equivocation.

A Texan will tell you – repeatedly, and not so much to your face as at your face – that Texas is the greatest place on God’s green earth. A Louisiana man feels exactly the same way about Louisiana, and with the same level of conviction and fervor, but he will never tell you so unless you ask him directly. Louisianans identify as deeply with their home as anyone you will meet, but they do so with a subtlety that is not brought on by shyness, shame, or equivocation. It is purely because they don’t give a fuck what you think. A Cajun is not arrogant about Louisiana, but neither is he apologetic. He neither needs nor wants your affirmation of what he already knows in his heart: that Louisiana is the greatest place in the world.

This is not to be conflated with the feelings of an LSU fan towards the Tigers. Those opinions will surround you, unbidden, in a fog of bourbon fumes and hate. If you find yourself in the middle of a bloodthirsty mob a group of LSU enthusiasts, your best line of defense is to point behind them and yell, "That guy has corndogs!" While there is no actual basis to the rumor that all LSU fans love – and as a result smell like – corndogs, they will locate any individual attempting to perpetuate this rumor and introduce him to the local fauna.

FUN FACT: Did you know that in Louisiana you cannot be convicted of murder if there are no human remains, and that anything which passes through the digestive system of an alligator is no longer legally classifiable as "human remains"? #TheMoreYouKnow

I find it difficult to generate a real hate for the LSU, La Tech, and even the occasional Ragin’ Cajun fans that I meet. They are a product of a state that I do not like, but a state that I cannot help but respect. It takes a special kind of love and a special kind of crazy to be a product of Louisiana. I feel like we Aggies can relate. If you have a chance you should get to know a few of them, though take care doing so in Death Valley as feral Tigers tend to carry many exotic diseases. You may have more in common than you’d think, and someday you might find one of them serving the devil’s cough syrup from a repurposed SoCo bottle.

I sat there in the dark contemplating the tiny cup with less than an ounce of mystery fluid I had been handed, absently wondering how much lead, glycol, and poisonous mushrooms and toads were ingredients in that brew. It smelled like something used to strip varnish from hardwood floors. But two homeless fishermen were offering the only thing they had, and a real man does not turn his nose up at the gift.

An hour later I was conversing with dead kings and I could see music. Out of the corner of my eye I saw the elder statesman of our group reach behind his chair where he had hidden his ration of moonshine, glance at myself and my compatriot, and finally throw back the shot. On the way home I asked him why he waited so long to try it.

"Wanted to see if you two went blind. Someone had to drive the truck."