Kevin Sumlin, the consummate professional and Les Miles, a living oxymoron, shed light on their friendship, Drake, Nickelback, and hanging out at WalMart.

Through crack investigatory reporting we here at GBH have uncovered a transcript of a recent phone conversation between head coaches Les Miles (LSU) and Kevin Sumlin (Texas A&M). The dialogue is both telling and not surprising in the least bit. 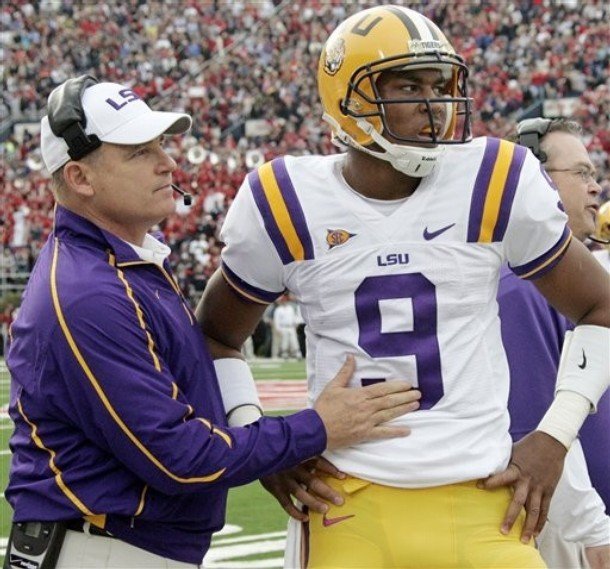 Secretary:  Good Morning, this is the Office of Texas A&M Football Operations.  How may I assist you?

Miles: Hi this is Les Miles, is Kevin around?

Les:  No my name is "Les" not Leslie…(the secretary cuts him off by putting him on hold)

Secretary (speaking to Sumlin):  Coach Sumlin there's a Leslie who wants to speak with you on Line 1.

Sumlin: You know I can't take calls from random ladies without pre-approval from my amazing wife, Mrs. Coach Sumlin.

Secretary (speaking to Miles):  I am sorry Leslie, Coach Sumlin does not take calls from female fans without wife approval.

Miles:  My name is Les Miles, I am the coach at LSU…I am not a woman.

Secretary:  Coach, she is the football coach at MSU... or OSU?

Sumlin:  Okay, patch her through.

Sumlin:  Oh, Les! Sorry for the mix-up. You must get that a lot having a woman's name and all.

Miles: I do not have a woman's name.  Les is short for...well, nothing I guess…it's just my Pop Pop always wanted a girl, but they got me.  My real name is Bradley, but Pop Pop always called me Les and it stuck.  He used to dress me up like a...wait, that is not why I'm calling.

Miles:  We both have the week off and I was going to see if you wanted to go to the Nickelback concert with me, you know the official band of LSU?

Sumlin:  Well that sounds like a fine time Les, but last night Coach Snyder and I were at the Drizzy concert in Houston. Then we flew around in my Swaggercopter picking up recruits. We actually made some stops in Louisiana.

Sumlin: I am sure your ticket got lost in the mail, I mean you are super cool...with your hat....and you know...your hat.

Miles:  I sure wish I could ride in the Swaggercopter.

Sumlin: Well how about I come down there on your birthday and we fly to your favorite corn dog stand...it's on me.  Plus, I am always keeping an eye out for potential assistants - maybe we could recruit you to our staff (Sumlin says in a clearly sarcastic, joking voice while laughing).

Sumlin:  What does? Flying in the Swaggercopter?

Miles:  No, being one of your assistants.

Sumlin:  Oh, I was kidding about that Les.

Miles:  Oh yeah…No, I knew that..yeah I was kidding too..haha (Les tries to laugh out loud but there is a crack of disappointment in his voice)

Sumlin:  Well it was good chatting with you buddy…I am sure you are busy preparing for the game, so I'll let you go.

Miles: Actually Kevin, while I have you - have you seen any of our games this year?

Sumlin:  You could say that.  I mean we have studied tape of every one of your games, accounting for over 200 hours in preparation for our game next week, so I guess the answer is a definite yessir.

Miles:  Oh good.  So what did you think?

Sumlin:  Are you serious?

Miles:  Yeah, I am just thinking I haven't had a lot of time to prepare for this game since our year has been a little difficult and I lost my dry cleaning back in September so that has been a big ordeal....So I was wondering if you might be able to give me some pointers on how we could defend Johnny.

Sumlin:  You are kidding, right Les?  Even for you…this is out there.  Why don't you watch game tape and do your own preparation?

Miles:  Truth be told, even if I find my dry cleaning...I don't know how to turn on the damn projector in our new film room.  I have been having my staff draw stick figures in a flip book to prepare for games...it just isn't working out...so I thought what the hell why not go straight to the source?

Sumlin:  Wait a minute, so you didn't really call to invite me to the Nickelback concert, did you?

Sumlin:  You didn't even get invited to a Nickelback concert yourself, did you?

Sumlin:  You don't even know who Nickelback is, do you?

Miles:  Now wait a minute, of course I know who they are, they are my favorite band!  (Miles starts to sing the wrong lyrics to the tune of "Kryptonite")

Miles:  So what do you say, can you help a brother out?

Sumlin:  Les, I can't keep doing this for you, I have my own team.  I have turned you down twice and I can't try and develop you as a coach. I mean we are playing you next week for crying out loud.

Miles:  Yeah that is why I was thinking maybe the assistant idea would work out...you know me coming over there...I could get a new hat, if that is what you are worried about...I can fix that no problem.  I will order one right no...

Sumlin (cuts off Les):  Les, it's not the hat.  You are a D-1 Coach and you need to start acting like it.  You can't come work for me and dumb luck will only take you so far!

Miles:  It's, it's, it's okay....(sniffling)...it's just that I am so lost.  I don't even know which way is up,  I mean my quarterback Zach Hamburglar won't listen to anything I say.  Hell half the time I don't even know where I am. Yesterday at the office I thought I was having  a meeting with my coaching staff and it turns out I was actually at a local Walmart talking to the old guys who give out the shopping carts.

Miles:  Did you know there are actually 15 minutes in a quarter?  I mean I just found that out yesterday...would have been nice to know...I just don't think I can keep pulling this off.  And then there's you, zipping around in your fancy flying machine and getting all the talent that I need to pull this off...going to a Blake concert...and now you won't let me hang out with you on the sidelines.

Sumlin:  Les, you asked me if you could work for me, not hang out.

Miles:  Same difference.  Can't we just hangout with Blake and then on the sidelines and stuff.

Sumlin:  First off, it's "Drake" and unfortunately no you can't hang out with me on the sidelines...

Sumlin: But I tell you what.  Charlene and I just built a little pool house at our new digs and if you ever want to stay there, you are always welcome. The kids will probably use it for hanging out with friends and playing XBox and stuff, but I bet you will fit right in.

Miles:  You mean that?

Miles:  Oh boy, this is gonna be great buddy!  Hey I was also thinking, when we play each other maybe I could run out with your team and we could be holding hands and...

Sumlin (cuts off Les):  Les, no.  We discussed that, but we will keep the pool house warm for you.

Miles:  Thanks Kevin, you are a real pal.  You always make me feel better.

Sumlin:  Try not to take it personally next Saturday.

Miles:  Why?  What happens next Saturday? 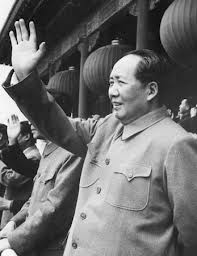 About the author - T.B. resides in Dallas, which until a couple of years ago he thought was a mild weathered version of Houston but with crappier people and less strip clubs next to churches. He bought an Ed Hardy t-shirt in 2011 and has felt at home ever since. He aspires to one day own a car that has four matching hubcaps and make a living through hard hitting and insightful journalism from the world of college sports and amateur U.S. Women's Handball.