Analyzing how the UTEP Miners stack up against Texas A&M’s Fightin’ Texas Aggies (#12) in this week's Stat Simulation...

To be honest, this game should be no contest.  Kenny Hill should be playing by the end of the 2nd Quarter - letting Johnny rest his shoulder some more before Miss St. and LSU.  The Miners have a true freshman running back that is averaging over 100 yards a game, but they've only really played one team above .500 - Rice... who beat UTEP 45-7, and who we beat 52-31.

Johnny and Mike Evans could use the stats from this game to boost their Heisman campaign. I know other names are mentioned more often than these two Aggies, but we also know the other candidates have several tough games in front of them - one slip up and our boys go back up the rankings.

Hey, have you guys ever seen the work they've done over at StatMilk?  You can compare any two teams in the nations and pretty match up like-for-like statistics, but you can't take them offense vs defense head-to-head like I do here... It's very interesting stuff though with automated INFOGRAPHICS! 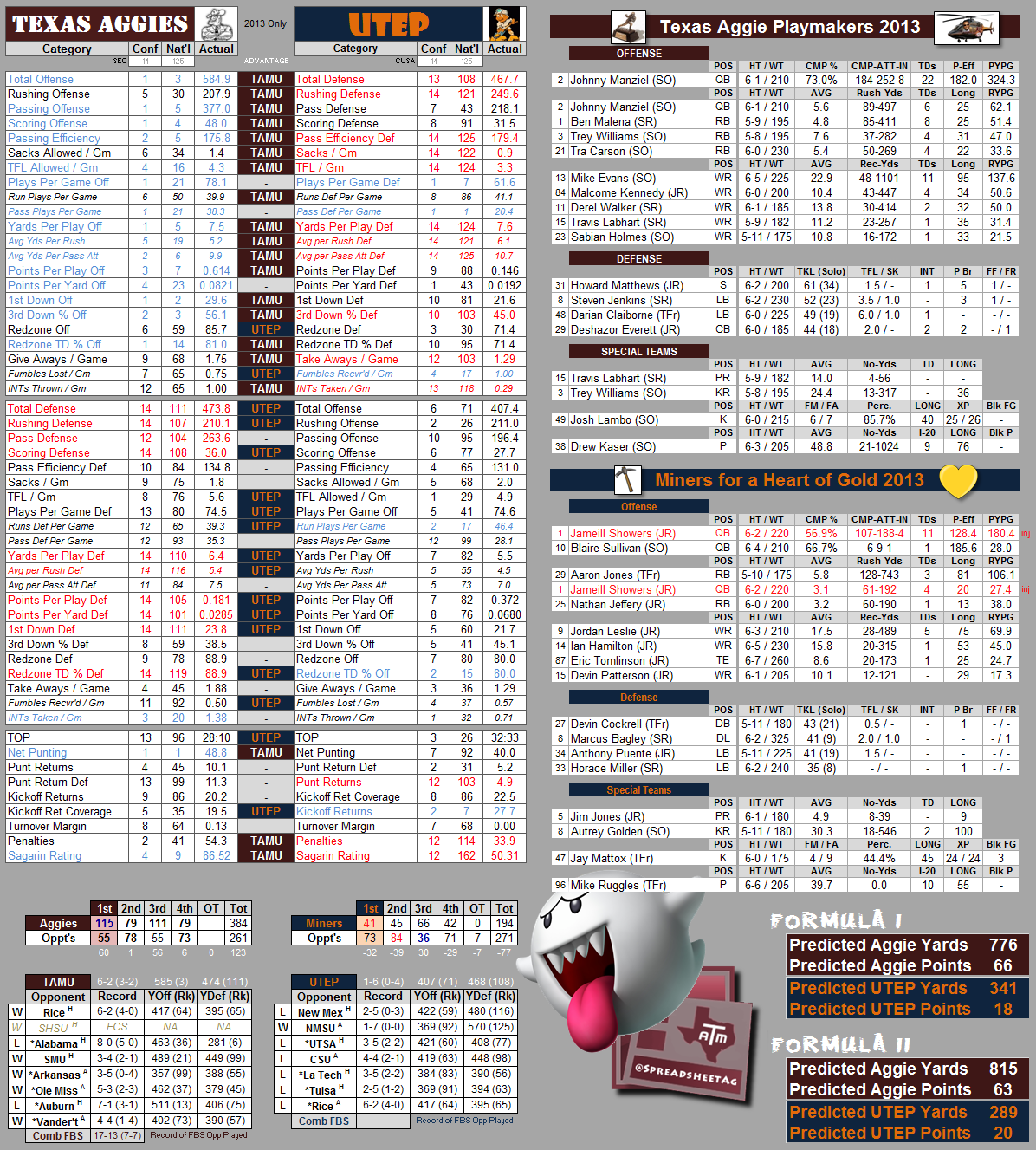 Versus non-Winning FBS opponents, Trey Williams has 18 carries for 170 yards - averaging 9.44 per carry - and two (2) touchdowns.

Aggies beat the Miners easily 66-6 in a game that many Aggies will point to as a sign our defense has arrived for two weeks in a row.  The Miners never have a chance.

Mississippi State (4-3,1-2 Conf) will face the Aggies for our last home game before the Kyle Field Renovation Part I begins.  Besides the seniors, this could be Johnny Manziel's, Mike Evans', and several other underclassmen's last game in Kyle Field.