Share All sharing options for: Big 12 at Center of Global Destruction Theory

In a scary statement fittingly released this Halloween morning by the Confederation of Atmospheric Scientists (CAS), numerous global physicists shared a recent finding that warned of potential universal devastation.  At the center of this swirling controversy and sobering news is the developing situation in the Big 12.

"There was no way to calculate the odds, they were not mathematically possible in any scenario that we ran or accounted for when this conference was formed," clamored a visibly frantic and concerned Dr. Tim Xuan, the Director of Astrophysics at the Massachussettes Institute of Technology (MIT).  Xuan was referring to the possibility of the University of Texas and Baylor University meeting in the final game of the season (Dec. 7) to determine the winner of the Big 12 - thus making the game relevant for the first time in history.  This turn of truly unforeseeable circumstances could create an unprecedented cataclysmic event. 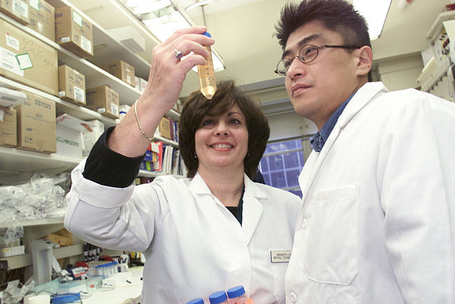 After running the numbers, Dr. Xuan and his colleagues were both shocked and awed that Dr. Colley (above) looked so comfortable handling that phallic vial, as well as the potential of the Earth ceasing to exist.

The theoretical dismantling of the world as we know it is being linked to two major scientific theories from the 20th century:

The first being Stephen Hawking's Black Hole theory.  The theory states that the act of intergalactic phenomena (Texas and Baylor having a relevant game) could create "rips and tears" in the space-time continuum, thus destroying all matter in the universe. 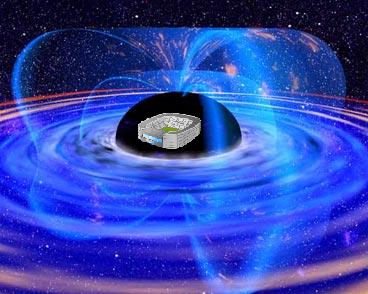 A computer generated image of the "Black Hole" that could occur on Dec. 7. If you zoom in to a higher magnification, you can see puppies being obliterated.

The second and more likely scenario is the plot of Ghostbusters 2.  This is a situation in which a pink, oozing, slime is activated by negative energies from our society.  This negative energy creates a river of pink slime underneath the city that feeds on the anger and bad feelings of people and eventually envelops the city; all the while an ancient European barbarian (Vigo) comes out of a painting, becomes lord of middle earth and reigns down terror and demons in a world that resembles a living hell.  The devastating effects of the pink slime and the Vigo painting are first discovered and analyzed by Egon and Ray in 1989. 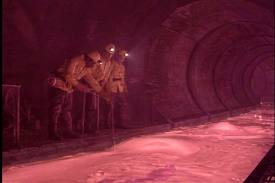 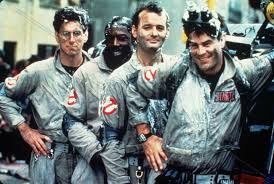 (Left) Ghostbusters (R to L) Winston, Egon, and Ray are amazed to see the pink slime already forming under Floyd Casey Stadium and remark that it looks cleaner than the Brazos River.  (Right) The Ghostbusters remind us, "They ain't afraid of no ghosts…" 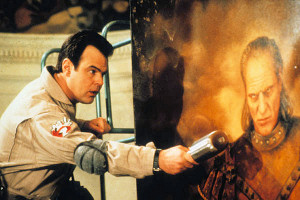 Ray (above) measures the painting for "ghost stuff". Vigo (to the right) looks on longingly in hopes that Baylor and Texas will release him from the bondage of this oil painting so he can reign terror across the land.

"Just one of these situations is bad enough, but given the geological event of Baylor and Texas possibly vying for the Big 12 Championship and being simultaneously relevant in a national game – well, it is just something that makes everyone in the nation and world want to vomit," said Norman Svengren, president of the Aspen Physics Conservatory.  With his eyes beginning to well up with tears (since he had hoped to see his children grow up) Svengran continued, "The negative feelings of the general populous and especially the state of Texas will be so intense that we can expect the plot of Ghostbusters 2 to come to fruition almost immediately after kickoff."  The hatred of those watching at home will fester on behalf of these two despised programs and boil over to the point that the laws of physics will bend.

Ben Reardon of the National Science and Math Institute, when asked if there would be any hope to prevent this proposed path to obliteration, stated "There is always the Oklahoma game for Baylor and the Tech or Okie Lite games for Texas, but if any of those fail we would fully expect to see the consequences; at which point there will be no hope for humanity.  Everyone will die."

But, all is not lost.  Even if Texas and Baylor continue down an undefeated (in conference) path there are some that believe there is a ray of hope hidden up Coach Briles' sleeves - literally.  "An event of phenomena can be counteracted by another phenomena occurring at exactly the same time." said Toki Natchumari, a world renowned anti-matter expert.  "To this day no one has ever seen Art Briles' forearms and an unveiling of those forearms could be the only hope for the continuance of the human race.  It would be such a monumental event that it could counteract the black hole and the plot of Ghostbusters 2."  Briles has never actually seen his own forearms as they were wrapped in burlap sacks for most of his childhood, covered by turtlenecks in his early career, and have now been surgically grafted with neoprene. 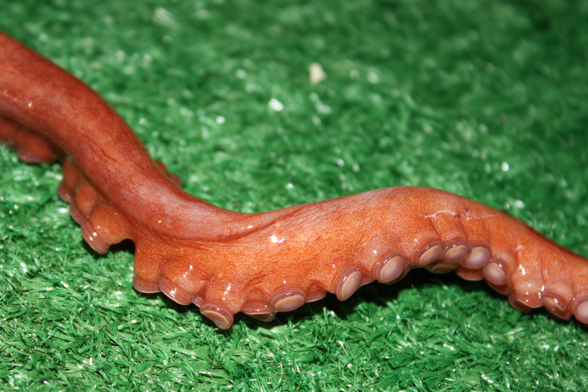 When approached just hours ago, Briles known for his total lack of concern for anyone except himself was quoted on the matter as saying, "I will be damned if I am gonna take off my long sleeves just so a couple of starving kids in Africa can have a better chance at life."  When Briles was informed that this situation had nothing to do with hunger, poverty, or Africa he responded by staring at the wall in his office for a solid 15 minutes.  Even with what seems to be a senile response from Briles, his forearms still hold the key to preventing the apocalypse.  That or they could just throw the game against Oklahoma.

Here's hoping they do, as the world would be better off.