Ladies...wondering how to paint up your digits for maximum football enthusiasm? Well, look no further.

Share All sharing options for: NAILED IT—a Guide to the Football Fanicure

I originally began writing for Good Bull Hunting because there was a desire to attract some female readers. Now I know not all women enjoy college football as much as I do and maybe your family dinner discussions don't revolve around the merits of a 4-3 vs. a 3-4 defense. So how can I interest female readers? I am certainly not in a position to comment on the attractiveness of our current players considering that most of them were born when I was a student at A&M. I would actually be more inclined to discuss how handsome Mark Snyder is or how Will Johnson is a generic version of 99% of my friends' husbands.

But there are certain topics that unite the female masses whether you know what a zone read is or not. Clothing, hairstyles and manicures are common ground for women. I've already covered gameday fashion in an earlier FanPost, so let's move on to a fascinating subject - football nail art otherwise known as the "fanicure".

Let's face it, Aggie maroon can be a spectrum of colors. It can range from almost red to an unfortunate deep purple. Honestly I think A&M should commission Pantone and have an "Official Aggie Maroon #121212" created that can be passed around to our licensing partners (paging Jason Cook). My research into the best maroon nail polish took a turn for the weird, so instead I give you this Guide to the Football Fanicure. 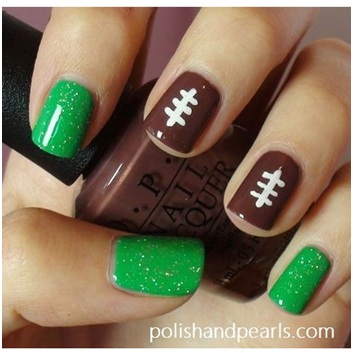 The first example I found is super cute, right? This could easily be done at home and isn't team-specific. It would be appropriate for your Friday night lights into your Saturday college tailgate. 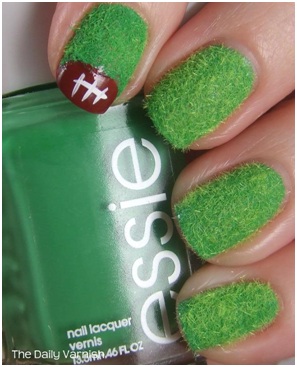 Whoa. What the fresh hell is this? No one wants your Oscar the Grouch fingernails digging into the chip bowl at the tailgate, so let's avoid the fuzzy fanicure, ladies. 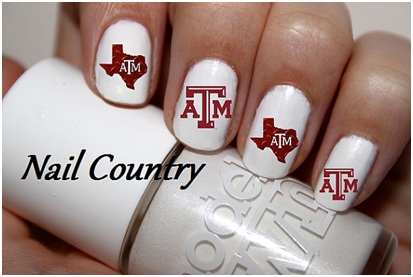 (Via Nail Country on www.etsy.com)

Well, what do we have here? I'm pretty sure these nail decals aren't officially licensed, so here's your opportunity to rock an Aggie-specific fanicure AND be an outlaw with your bootleg nail swag. 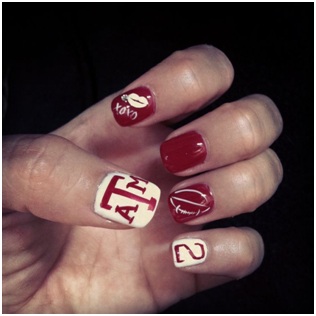 Oh, Aggies - we are so predictable. It took me about .08 seconds to find a Johnny Football Fanicure on Pinterest. The lips and "XOXO" show she's a true stalker fan. Ladies, unless #2 is your son or boyfriend it's probably NOT a good idea to make your fanicure player-specific. In fact, the restraining order against you might specifically forbid it. 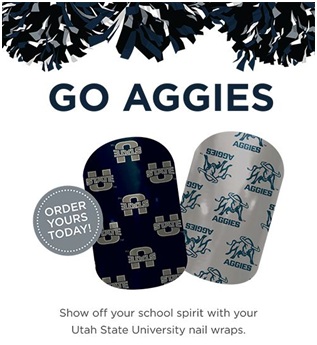 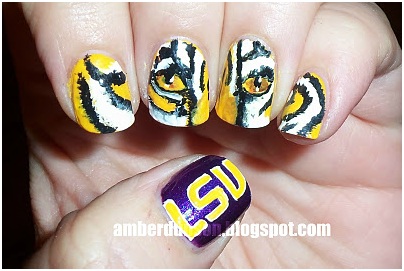 I'm dying to see what the A&M version of this fanicure would look like. I'm envisioning Reveille's eyes and maybe the thumb is her tongue hanging out??? Just brainstorming here. 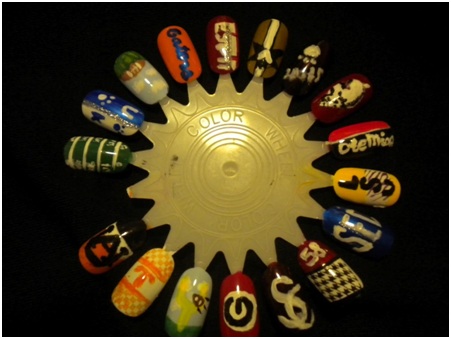 Ya'll, this is blatant discrimination. Apparently at this nail salon you can get any SEC manicure you want - even an SEC or ESPN logo! But the beloved beveled ATM is not an option. It looks like they even broke off one of the example nails just to rub it in. 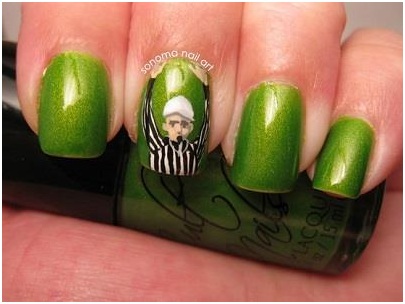 No one likes referees this much. Although it would be quite ironic if you gave the ref the finger during the game with this mani, amiright? 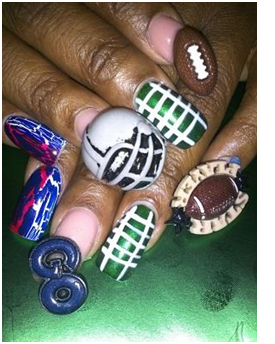 Girl, put down the glass of cheap Chardonnay and get out of the chair. It's obvious the fumes at Pretty Nail have gone straight to your head. No 3D nail art - no, ma'am.

As you can see, the football fanicure is fascinating. It can range from tastefully appropriate to completely disturbing.

In conclusion, below is my standard issue Aggie maroon nail polish that I wear 99% of the time. 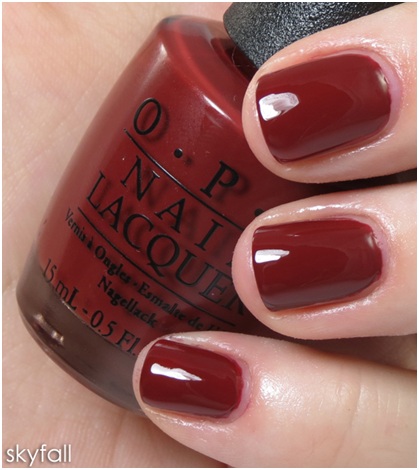 This is OPI "Skyfall". A basic Aggie maroon shade. 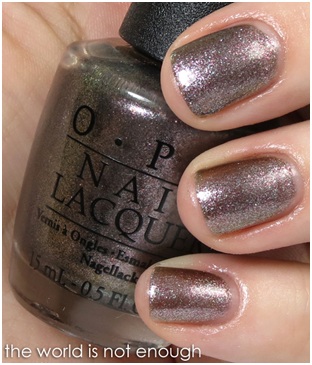 This is OPI "The World is Not Enough". I like to put this sparkly shade just on my Aggie ring finger and my wedding ring finger while the others are "Skyfall" maroon. But I'm just crazy like that.