I'll be honest. It is difficult for me to muster up hate for Auburn. Mainly because I'm a bit hated out after Ole Miss, and because let's be honest--the only  hate going on last year was the self loathing from Auburn fans after we ran Chizik and their mustachioed defensive coordinator out of the stadium.

There is hate for Auburn when you think about it because there are rumors that Auburn offered Kevin Sumlin a job last year. They tried to take our beautiful coach. THEY TRIED TO STEAL HIM FROM US WITH PROMISES OF....SHIT I DONT EVEN KNOW WHAT THEY WOULD HAVE PROMISED HIM BECAUSE THERE IS NOTHING GOOD IN THE STATE OF ALABAMA NOTHING.

They could not have our coach. BUT THEY TRIED. AND FOR THAT THEY MUST PAY. Moreso than they already pay by having a coach who's got a wife who's...well....opinionated.

YOU CANNOT BE US AUBURN. YOU HAD YOUR GLORY YEARS WITH THE BEST PLAYER THAT MONEY CAN BUY (AND YES I DO SEE THE IRONY IN AN A&M FAN TALKING ABOUT PLAYERS/MONEY). CAM MIGHT HAVE STARTED THE SUPERMAN CELEBRATION THING, BUT JOHNNY PERFECTED IT.

And if that doesnt make you angry, then perhaps you should watch the highlights of the 1986 Cotton Bowl where A&M STUFFED BO OVER AND OVER AGAIN. BO DONT KNOW WRECKING CREW.

It is in honor of that performance that I seek to call upon the old wrecking crew Gods to provide guidance and strength to our defense. To that end, this countdown will be a defense heavy countdown BECAUSE BY GOD WE ARE DUE FOR A GOOD DEFENSIVE GAME EVEN THROUGH SHEER DAMN LUCK.

In honor of that mentality, and to fulfill a request for metallica from my good friend kade04, i give you this week's theme song. Old School Metallica. SEEK AND DESTROY. SEEK AND GD DESTROY AGGIES.

13) BECAUSE SOMETIMES THE BEST DEFENSE IS A GOOD OFFENSE AND SOMETIMES YOU NEED TO WALK ON PEOPLE'S HEADS.

12) Be loud this weekend 12th man. Be loud not only at the line but in the huddle. Be loud for all of us who cant be there because our kids go to giant germ incubating tanks called daycare and are therefore in a perpetual state of sickness. MAKE THEIR EARS BLEED.

10) I know that the present is a bit bleak for defense. But go through and watch Daeshon Hall's high school highlight reel. Give him a year. He'll wreck shit.

9) NATE ASKEW IS THE BEST WR CONVERTED TO LB THAT THIS COUNTRY HAS EVER OR WILL EVER SEE.

8)  Is it just me or did Steven Jenkins look exceptionally angry last week? He was all over the place to the tune of 13 tackles last week. The kid is hitting his stride. Which is good for us. Very good.

5) AND THE RAVEN QUOTH NEVER MORE. THANK YOU. WE NEED YOU. WE NEEDED YOU. BUT YOU'RE BACK. 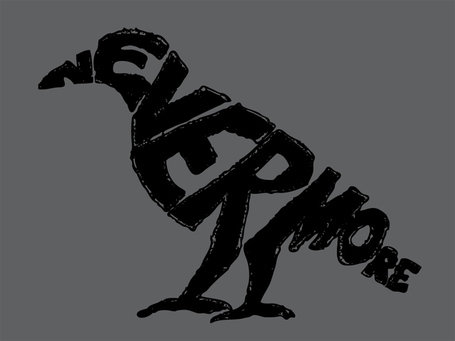 3) 4+8=12. 1+2=3. #3 is in honor of a future star. Darian Claiborne. Tell me that he's not the most impressive first year LB we've at A&M in at least 5 years? Dude is angry. Dude is relentless. But dude seems like a nice guy because that smile tho

2) Again. Sometimes the best defense is a good offense. And when your QB can do this, you worry very little about needing to put up points.

1) It hurts me not to type KING BACK here. But this is a defensive list. And I'm going to highlight the fact that all of us should be wearing gold shoes. Because as our boy Devante Harris says "If the cleats aint gold, you aint cold". This kid has improved significantly....and I feel confident that he will improve the rest of the way.

There you have it ags. Maybe there is some hate there. And just maybe that hate will keep you warm through this cold front we're experiencing. So this weekend let your anger, let your hatred KEEP YOU WARM. LET IT BURN THROUGH YOU AND LET IT SHOOT OUT OF YOUR EYES AT EVERY EAGLE YOU SEE (BUT WATCH OUT BECAUSE I THINK POACHING IS ILLEGAL).