The Aggie defense allowed 329 yards and 5 touchdowns through the air against Ole Miss, a majority coming off of breakdowns in the Texas A&M secondary. Let's take a look how these occurred, almost allowing the Rebels to win the game.

329 net passing yards, 62.5% completion rate, 13.2 yards given up per completion, and 5 touchdowns scored against. That was the stat line from Saturday night's game against Ole Miss, with 301 of those yards coming from Bo Wallace. With all due respect to Mr. Wallace, he isn't Zach Mettenberger. Those are scary numbers. A majority of those yards simply came on breakdowns in the defensive secondary. The first touchdown for Ole Miss is a perfect example. 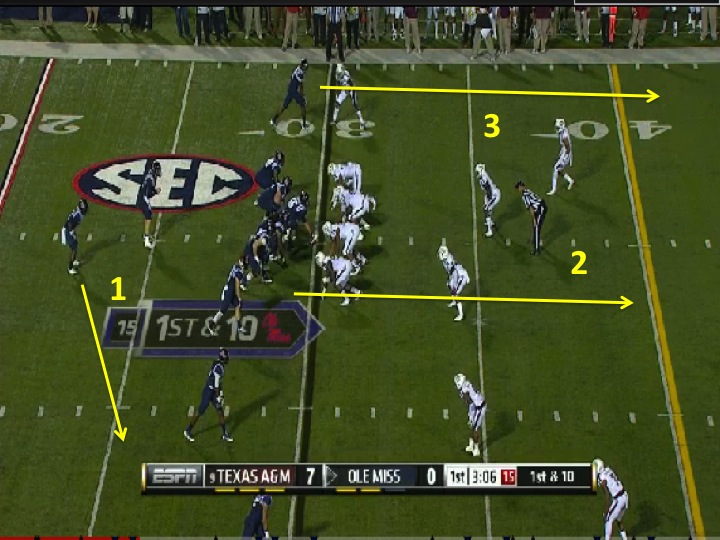 On this 1st and 10 play, Ole Miss QB Bo Wallace is going to school the Aggie defense by working through his progressions which are highlighted above. After the snap, he will look for his running back in the flat (1), but then quickly move to the center of the field and look at his tight end Evan Engram running down the seam (2). He will finally find Vince Sanders streaking down the sideline (3) to score a 70 yard touchdown.

The Aggies will be playing a Cover 2 out of their 4-2-5 nickel package. This means that both outside corners (Harris and Jacobs) will be playing the flats, the two safeties (Matthews and Everett) will play deep and to the outside, and Steven Jenkins will be dropping back deep into the middle of the field. 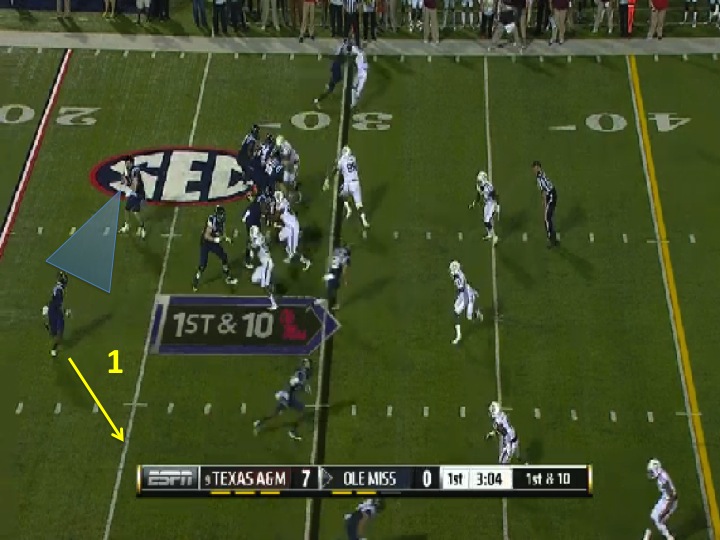 What's really interesting to watch on this play is Bo Wallace's eye manipulation. Here directly after the snap, he first looks to his running back out of the backfield, his 1st read on the play. Look at how both linebackers and Toney Hurd, Jr. are reading Wallace's eyes and moving toward the line of scrimmage. Wallace is trying to suck them in so his receivers can get free deep. 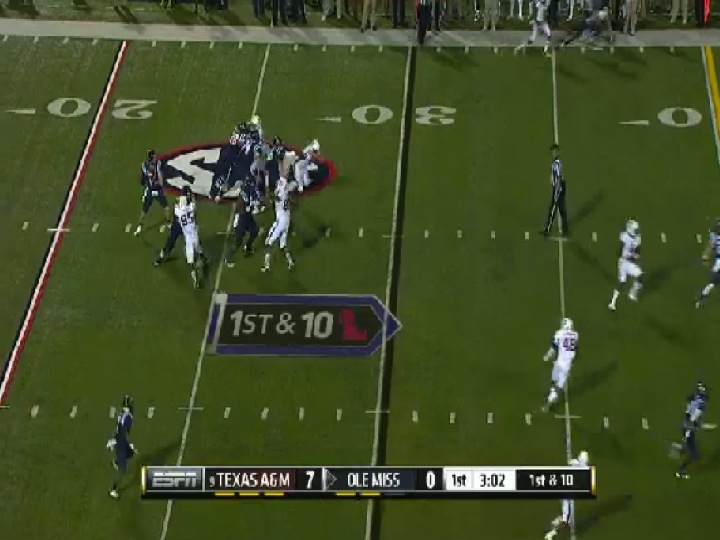 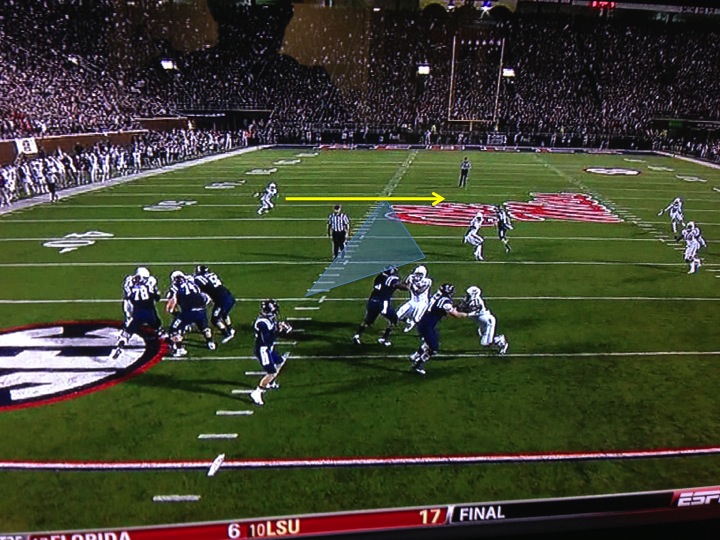 Next, Wallace will look toward his 2nd read, Engram who is running straight up the field. I've highlighted here where Wallace has moved his eyes. You can see Jenkins dropping back with Engram. Also note what Howard Matthews, the safety, does on this play. He is also focused on where Wallace is looking. With Wallace staring down Engram, he moves from his position outside the hashes toward the middle of the field to cover Engram. 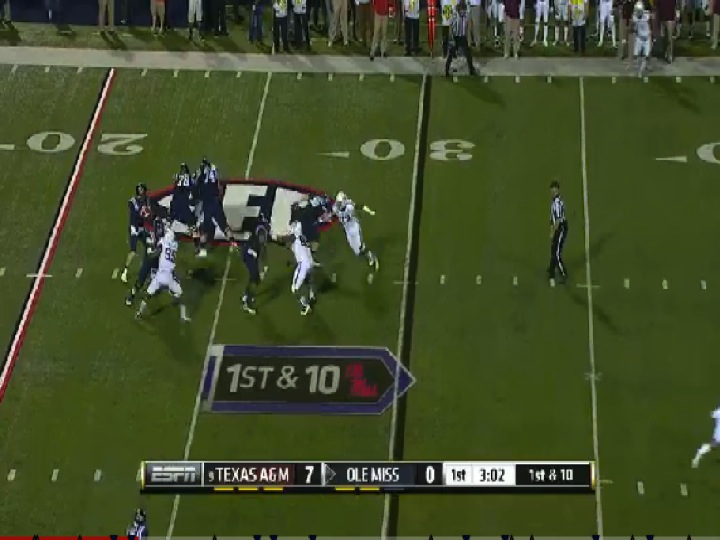 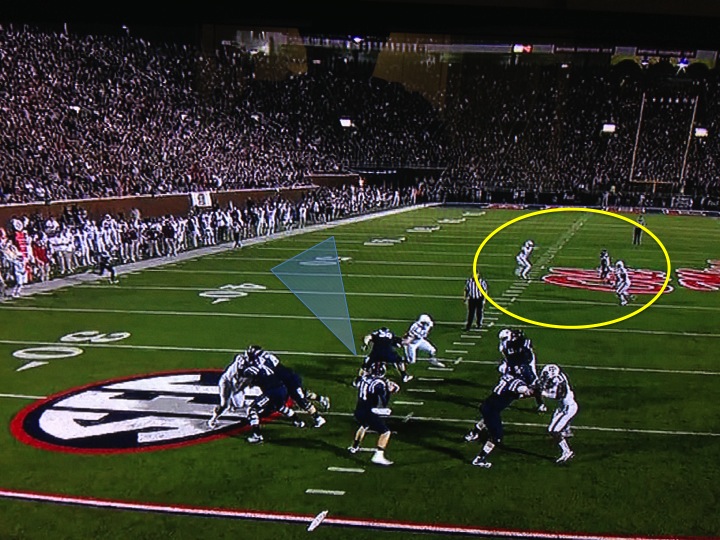 With Matthews moving to the center of the field, Wallace will then look to his 3rd read on the play, Vince Sanders who is streaking up the sideline. With no safety help now that Matthews has been moved, this will be an easy throw for a 70 yard touchdown. 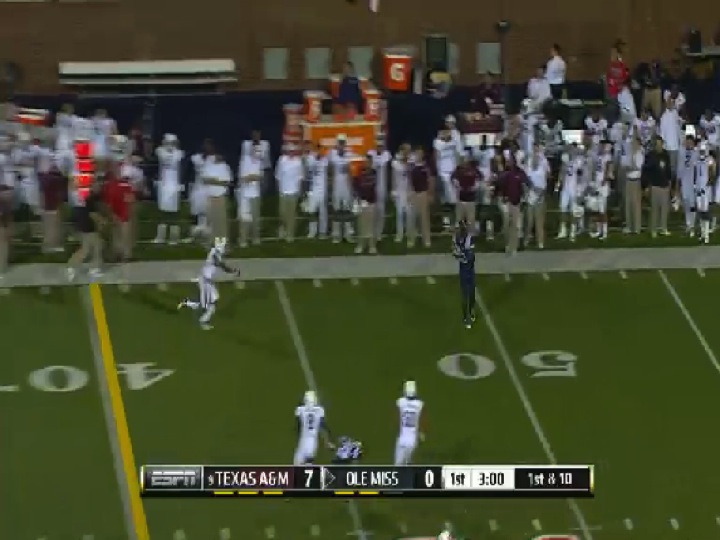 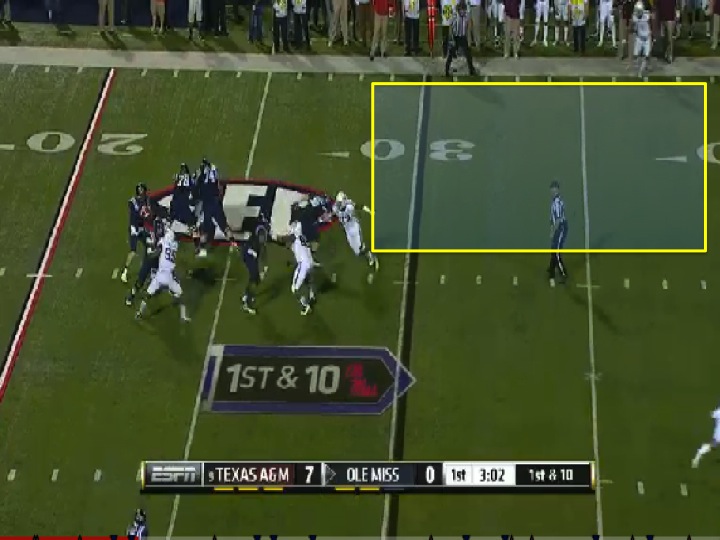 Is Matthews 100% to blame on this play? I will contend he is not entirely to blame; the entire unit failed on this play. Matthews read the eyes of Wallace and moved to cover a receiver who had beaten the dropping Jenkins (due to the first read, the RB in the flats) down the middle of the field. Had he not moved, this is where Wallace would have gone with the football.

I believe some of the blame falls on corner De'Vante Harris as well. Harris was playing at the line of scrimmage in a press look against Vince Sanders. In a Cover 2, he is responsible for the flats region highlighted above by the box. Notice on this play, no Ole Miss receiving option entered into this region. All other pass routes were run to either the opposite side of the field or toward the middle of the field. With no one entering this area, Harris had the ability to play a little deeper knowing his receiver released and ran behind him on the play.

This is where Harris was playing once the ball was released. I contend that Harris could have run with his receiver a little more instead of playing exactly 6 yards deep off the line of scrimmage. If a receiver had come into his area, he then could have come off Sanders and closed on the passing option underneath. After all, the worst thing you can do is get beat deep. Of course, Harris expected he had safety help behind him in Howard Matthews the whole time.

The bottom line is that on this play, the secondary failed as a group. There was a lot of inexperience on the field, especially with the loss of Deshazor Everett in the second half. What is missing from this group is a veteran leader like Steven Terrell, who was a solid contributor and aligned everyone in the secondary. Even with Deshazor Everett at safety, his role has never been to be the "quarterback" of the secondary. Without this leadership presence, guys who played well last year are becoming average to below-average players because they aren't getting lined up properly and don't know most of their responsibilities pre-snap.

What has to change? Better communication and awareness between the corners and safeties. Both De'Vante Harris and Otis Jacobs, who I have been critical of at times, played good games. However because of the miscommunication, big plays resulted and set the group back as a whole. Another problem for this group is focusing too much on the backfield. Our entire defense is too concerned about play-action and possible QB scrambles. They forget who are they covering. 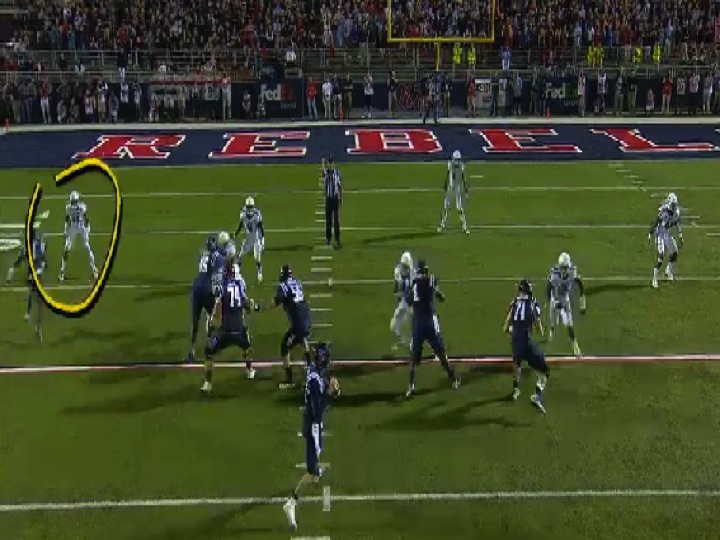 On Ole Miss' second-to-last touchdown, Howard Matthews will be covering Laquon Treadwell in the slot. 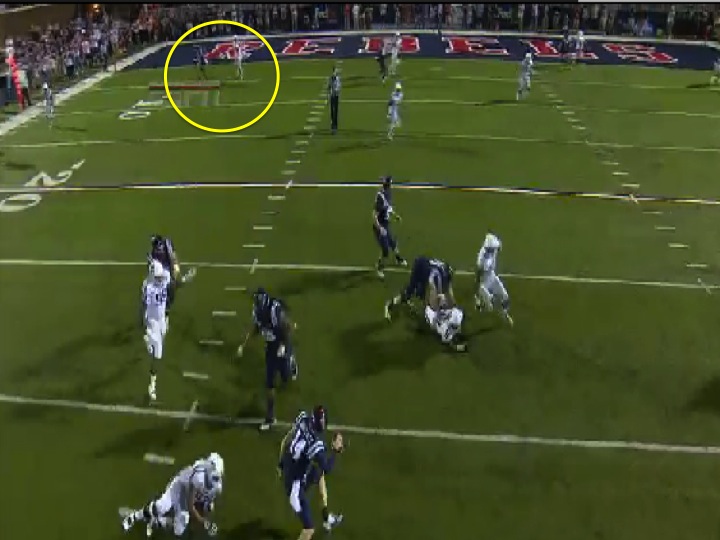 Due to Alonzo Williams' inability to sack Bo Wallace in the backfield, Wallace will scramble toward the line of scrimmage. 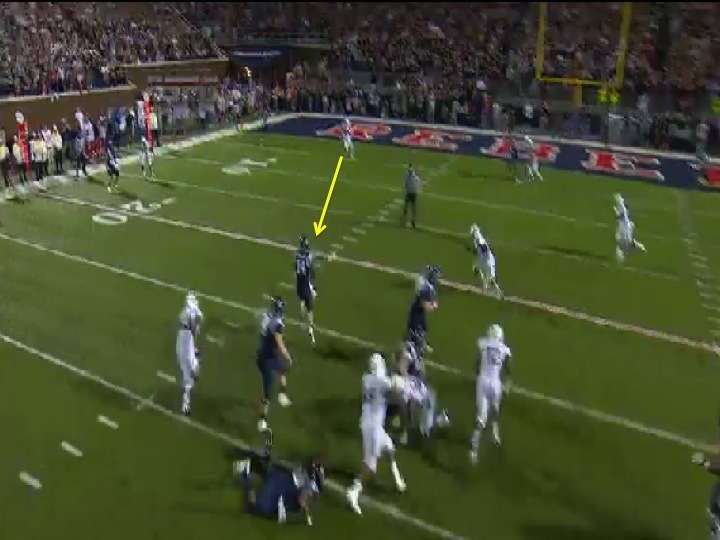 Matthews sees the Wallace scramble and comes off his receiver to respond to Wallace moving towards the line of scrimmage, leaving his receiver alone in the endzone. 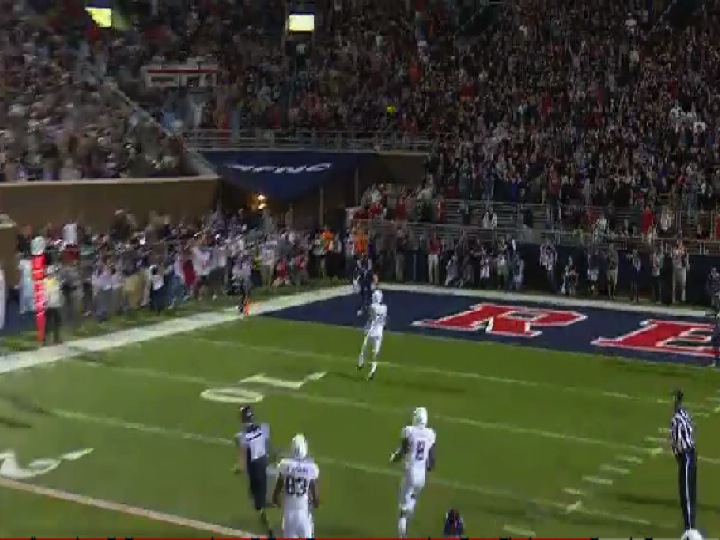 These are the type of plays where the A&M secondary has to continue to play their receiver and assignment, not the quarterback and his eyes. Just increased awareness overall will begin to help the group function solidly as a unit, ceasing opponents' big play capability that keeps them in games (or perhaps even lets them win in the future).