It's the bye week - a week in which we reflect on the lessons we've learned so far and gameplan how to get better going forward. It's a week of healing; a week of soul-searching. A week of making fun of struggling teams and deflecting pointed questions about the quality of our defensive play. A week of improvement.

With that thought in mind, I've taken it upon myself to write a list of 10 things we can all learn to become better fans. As I tell my kids in class — I want you to gain an education for many reasons, one of which is to avoid embarrassing yourself and those who love you. So here are ten things that will make you a better fan of the game of football and our Aggies in general.

The game of football is won or lost in the trenches (that's a WWI reference, by the way) by the play of the "Big Uglies" as many like to call them. Problem is, unless you've played offensive or defensive line, you are probably somewhat oblivious to what goes on in this area of the field. To sum it up, offensive linemen exist to move defenders away from where the ball is going to be. Defensive linemen are assigned portions of the line of scrimmage and expected to make a tackle if the ball moves into their assigned area.

Techniques - this term is used to describe how defensive linemen line-up on the offensive linemen across from them. There are two basic numbering systems most teams use to label these alignments. Here's the most common (in my opinion).

The other main way of numbering simply renames the 1 tech a "shade" and the 2i technique a 1. If you want to describe what technique a linebacker is playing, simply look at where they are lined up and multiply that number by 10 - a linebacker might play a 20 tech or a 30 tech for example.

Gaps - Defensive linemen (and the linebackers behind them) are lined up to protect "gaps" that the ball could be moved through by the offense. These are the same as holes that offensive players talk about, and the verbiage is used interchangeably on occasion.

So an offensive play that is run in between the RG and RT would be aimed at the 4 hole and the defensive tackle in the 4 tech and the linebacker in the 20 tech would be the two primary defensive players responsible for stopping the play in the gap.

When I coach my wide receivers, we start every practice with drills addressing four "R's" - release, route, reception and run after catch. When you watch wide receivers play, it's tempting to only watch the end result - the catch or drop. In reality, a receiver's ability to to positively affect his team's play starts long before he gets the ball. The movement off the line of scrimmage by a receiver is called his release. Good receivers use their feet and hands to defeat a defender and get a "clean" release off the line and hurry into their pass "routes." We saw against Alabama how a bad release can cause a bad route which can lead to a bad play — in that case a costly interception in the end zone. The route is the receiver's path to getting to an area of the field where they can possibly get the ball from their quarterback. Once the ball is thrown, the receiver needs to catch and secure the ball before turning up field. Once a "reception" is made, the receiver is basically a running back looking to advance the ball down field with their "run after catch."

In addition to the 4 R's, receivers are responsible for blocking when they don't get the ball thrown to them. Our Aggie receivers are some of the best blocking receivers I've ever seen. Watch their game film and learn. (It's the bye week, you have time!)

Full biographies are available through Aggie Athletics, but here's a quick run-down of a few of our coaches. 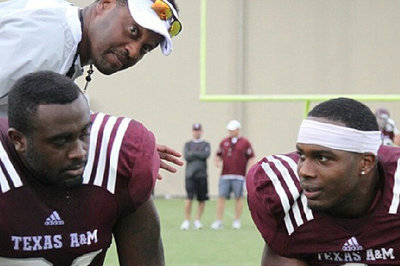 The main man, "Summy" to Johnny Manziel, is in his second year as Head Coach here at A&M. Memorable career stops include Head Coach at University of Houston, OC at Oklahoma under Bob Stoops and OC at A&M under Slocum. 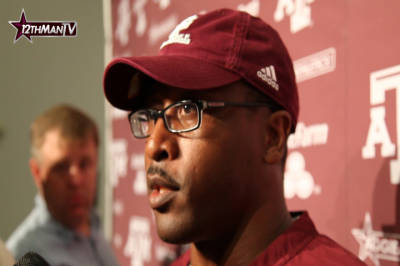 In his first full year as OC and leads the most impressive stable of running backs in the country (in my opinion). Former Houston-area high school coach and was with Sumlin at UH before coming to A&M. 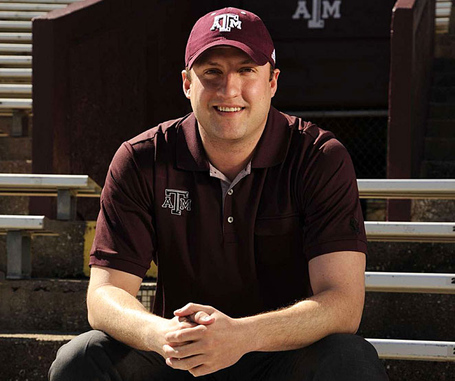 The Wonder Boy of our staff, Coach Spav has worked with the "Who's Who" of offensive minds in college football - Gus Malzahn, Dana Holgorsen, Kliff Kingsbury - before coming to A&M. He'll be a big-time HC somewhere before his career is over. 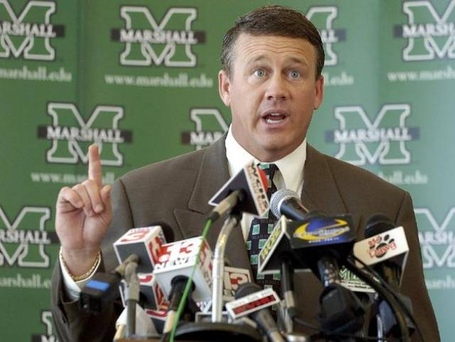 Coach Snyder has his hands full at the moment, but if his history holds true to form, he'll get the ship righted. Notable career stops include head coach at Marshall and DC positions at USF and (the) Ohio State. 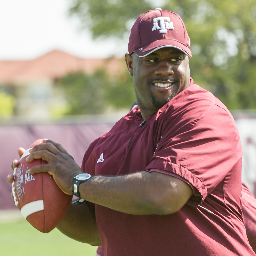 Coach Yates is in his second year at A&M and comes to the Aggies from the wild blue turf of Boise State; where he both played and coached defensive backs.

Those are our head coaches and coordinators. Read the full list sometime this week at Aggie Athletics.

To help identify running plays quickly, look for these two things — (1) where is the play designed to go and (2) who is blocking for the ball carrier?

Leads - Typically aimed straight ahead with a fullback blocking for the running back with the ball. (A&M ran a double lead out of a three back backfield last week with two FBs leading inside for Trey Williams.)

Dives - Same as the lead, but often without a lead blocker.

Sweeps - Any running play designed to get to the sideline quickly. A&M runs something called a Fly Sweep with WR Quiv Gonzales which gets the ball to a receiver in motion to get wide in a hurry. (Read about the history of the Fly Sweep in another of my fanposts HERE.)

Counters - Designed to give the defense a false read and cause misdirection. RB starts one way but then move back the other direction to follow two pulling linemen.

Power - RB follows lead blocks from his fullback and a pulling lineman (typically a guard) on this inside run play. (QB power is one of my all-time favorite running plays and the Aggies utilized it a few times last year to great success.)

Trap - Linemen mix their blocking assignments to block down on the defensive nose which allows another lineman to pull a short distance and "trap" or kick out a defensive tackle who was unblocked and came up field.

Reads / Options - There are literally 150 ways to run some type of read or option running play. All it means is that the quarterback is "reading" an unblocked defensive player in the front seven to determine if he should give the ball to a running back, keep it himself, or throw it to a receiver.

#5. The Difference Between Man and Zone Coverages

Complicated version - you can have a mix of zone and man on a lot of plays and defenses work really hard to disguise their coverages.

What to watch for - offensive motion will reveal what coverages defenses are running many times. If a defender crosses a formation with a motioning offensive player, more than likely they are playing man coverage. Watch how the defenders move on the snap of the ball (this entails ignoring the actual play in some cases). If defenders move with the receivers on the snap, some type of man coverage is being played, but if they instead move into space on the field, they might be playing zone.

A blitz (German for lightning, a WWII reference) is when the defense brings one or more defenders not on the defensive line to put extra pressure on the offense. (To compare, a stunt is when defensive linemen exchange gap assignments with each other to create confusion. Blitzes and stunts are often used together.)

There are different types of blitzes (run-stopping and pass-rushing) and some include having defensive linemen dropping back into pass coverage (zone blitzes). 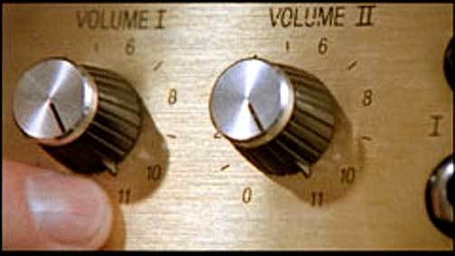 #8. Equipment and Uniforms are Worth Talking About (up to a point)

I'm a uniform nerd. I read Uni-Watch weekly. I match my gameday socks to what the team wears (Aggies are 12-2 when I do this). I eagerly await tweets from @TAMUequipment. I love seeing all the new technology going into our helmets, cleats, pads and jerseys.

That being said, once the game kicks off, try to focus on the game being played.

And for the love of Pete Carroll, don't call them OUTFITS.

#9. Why Calling for the Back-ups is Rarely a Good Idea.

It's tempting. You're frustrated. I've been there. The guy on the field makes a big mistake. It leads to a huge play for the other team. Maybe it's not the first time they've made this particular mistake. But calling for the player to be immediately benched and replaced by his back-up is rarely the right call.

First of all, in order for a back-up to be put in place, they have to represent an improvement over the player they are taking out or they are a liability to the other 10 guys on the field. That back-up being on the field may cause gameplan adjustments or a limiting on what schemes the team can run. Secondly, players need to be allowed to get into the flow of a game. Jerking them out may sound like a good idea, but it destroys any chance that player (and his teammates) had of establishing a pattern of improvement. Good players make mistakes, but they need to be given the chance to rebound and learn from them.

#10. Other Stupid Things We Hear in the Stands

A brief collection of awesomely "helpful" "advice" that gets thrown around:

(Feel free to add your own in the comments.)