THE BAS TAILGATE: An aww-shucks graphical preview of the Cotton Bowl

Is football season over yet? Why am I wasting my time writing? Seriously, it doesn't really matter anyway. Oh, great, we landed a decent bowl game. I've seen this movie before and, you know what? I'm not gonna pay to see it again. Don't sell me "Rudy" when I'm going to end up watching "Requiem for a Dream" OK? I'm not crying in my popcorn again, you hear me? I'm not. You know what, just read THE damn TAILGATE while I close the garage door, start the car and attempt to hum the Aggie War Hymn between bouts of sobbing.

Share All sharing options for: THE BAS TAILGATE: An aww-shucks graphical preview of the Cotton Bowl 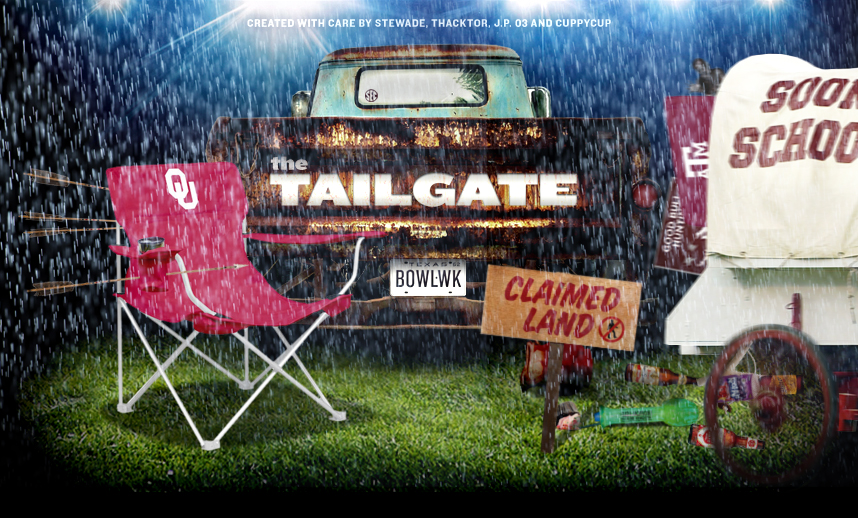 Bob Stoops comes out during warmups and walks all the way into the Aggies' practice area. He's carrying a maroon evening gown over his shoulder.

"Thanks, Bob." Sumlin replies graciously. "I like to feel pretty beforehand."

Sumlin puts the gown on and, after the Sooners defer, he elects to receive. Derp.

The Sooners kick the ball off to the Aggies and, as expected, the Aggies PROCEED TO BEAT THE EVER LIVING, EVER LOVING, COMPOUND, COMPLEX, SEC READY, OUTLAND TROPHY, O'BRIEN AWARD WINNING, HEISMAN TROPHY BOASTING, FIGHTIN TEXAS AGGIE HELL OUT OF THE OKLAHOMA SOONERS!

YOU HEARD ME THE FIRST TIME!

I HAVE SHAKEN MY BATTERED AGGIE SYNDROME AND ALL OF YOU SHOULD TOO. I'M NOT CATERING TO YOUR SADNESS CYCLE. WAKE UP AND SMELL THE SEC, IT'S TIME FOR A BEATING.

Screw OU. We have a ton of seniors (and probably boatloads of expected and unexpected juniors) leaving, and because they're all bound to go out on the sourest of sour notes tomorrow night, we'll read them their last rites here. Swope will leave as the most productive wide receiver in A&M history, and unfortunately he probably won't add to that total. Gazing across the field at OU corners will send Swope into 2011 redux, causing too many drops to count, and a nice sprained ACL.

Good luck even finishing this one, C-Mike. After fumbling on his second carry, Corey Nelson will pinch him in places he didn't know existed during the scrum, leading to retaliation the likes of which we (and NFL scouts) have never seen. His stock plummets into oblivion as he's mentioned numerous times in the same breath as Vontaze Burfict. He'll eventually join Shane Lechler as an undrafted free agent in football hell, Oakland.

Isn't he funny? He's just hilarious. Well he won't seem as funny when he tears his pectoral doing one of his ridiculous sack dances. The worst part is that Landry Jones wasn't even down, and just threw an 80-yard bomb on our "SEC" defense.

I can see it now: in a fit of rage, Sean suddenly recaptures the magic he had in 2011, recording a sack on the first play of the game. But he's SO angry during the play that every blood vessel in his eye pops simultaneously. At first, the OU players are intimidated by someone with blood red eyes, but they quickly realize he can no longer see when he keeps tackling Kirby Ennis from behind.

Have you seen one bad snap this year? Well, you and I both know what that means: he's due.

There's one thing EZ knows better than anything else: inconsistency. 2 catches for 13 yards? 7 catches for 156 yards and 2 TDs? I wouldn't be surprised by either line at the end of this one. Okay, I'm lying. I'm just trying my best to be positive.

J-Stew finally became the middle linebacker we always thought he would be! But let me ask you this: Would he be starting if Corey Nelson was on the roster? Probably, but the question has to be asked. Why? BECAUSE I'M A BATTERED AGGIE.

Of course he's gone. Was there any doubt? All three are gone, and if you think otherwise you might as well just go back to that rock you've been living under. And while you're there, try and get excited about our prospects at rush end next year. Good luck.

Can I just ask one thing? Can someone please drop a bomb on the server farm that's hosting the praying dog JPEG? Because I swear, if I see that thing in ONE MORE THREAD, I'm quitting the internet. Save your [img] code, nerds - he's gone.

He belongs in both versions. Why? Because he battered us all. Every last one of us. And he'll do it again tomorrow night.

Those juniors? They're all gone. ALL of them, even the ones with no NFL future. We're screwed. And remember when Jay Leno asked Johnny Football if he was coming back to A&M next year and his response was "I hope so?" Yeah, he was lying, too. He's gonna look GOOD in Tech red & black. Guns up!

This has disaster written all over it. McKinney has been in the booth all season long, not down on the sidelines looking suave. Who's gonna slap Sumlin on the butt when something good happens, Matt Wallerstedt? I think not. Plus, you know who else calls plays from the booth at Cowboys Stadium? Jerry Jones. And don't think for one second he won't intervene if he doesn't like what he sees on the field. Look for plenty of Romo-esque "Kill! Kill! Kill!" from Manziel in the second half. The ONLY positive I see here is that McKinney will probably wear a maroon sideline polo, so we won't have that controversy to derail us.

The Final Nail in the Coffin

Whose coffin? Ours, of course. Did anyone else see what happened to Florida in the Sugar Bowl? The SEC's credibility took a huge hit and has become the laughingstock of college football. But if there's one thing you should know about Aggies, it's it we will not be outdone when it comes to embarrassing ourselves on national television. A loss to OU would offset this entire season's worth of momentum, which is why it's exactly what's about to happen.

Yeah, that Varsity Blues metaphor I talked about earlier? It's gonna be worse than that. While visions of Megan Fox dance in his head, Johnny throws interception after interception, then unleashes this gem in the postgame press conference: "Well, I personally thought we should take this game pretty seriously, but then I logged onto TexAgs and saw that people who suggested I was partying too much were getting ridiculed, so I said screw it and bought some Mavs tickets. Then some Rockets tickets. I just couldn't stop. I guess the lesson here is always listen to the over-the-top cautious people on your team's message board. ALWAYS." 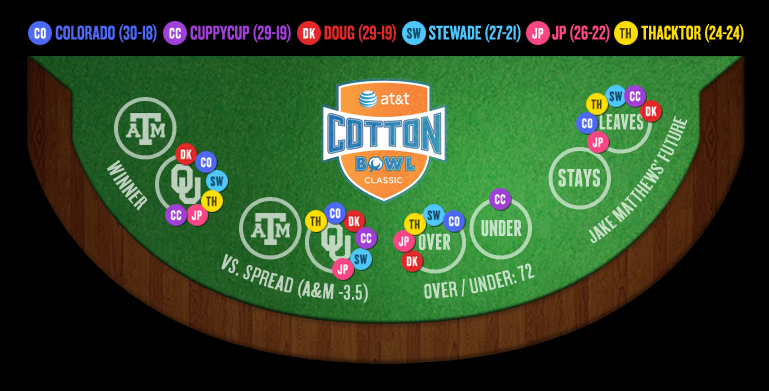 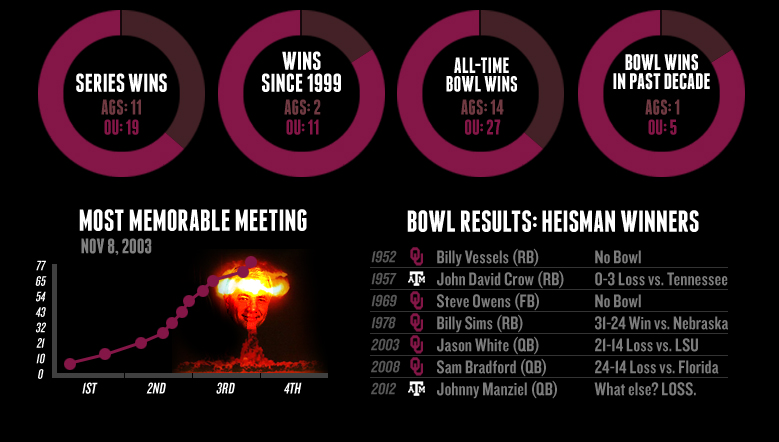 Take a moment to rejoice before you get back to talking out of your ass. 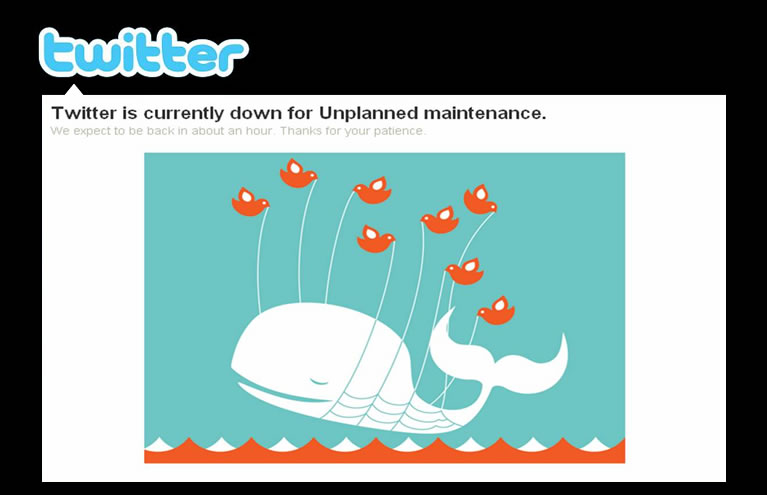