Georgia is a bad basketball team, the Aggies are worse. So, there's that. 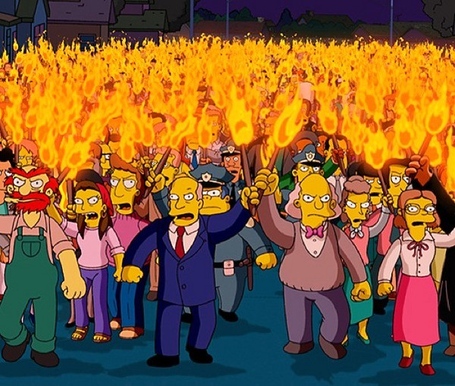 I'm kidding with the image, so calm down. Actually, I'm only kidding because most Aggie hoops fans have either lost all interest or simply don't care enough to have a reaction to how bad this team is playing. The Aggies suffer another terrible loss to another horrible basketball team. This thing is turning in to a 5-Alarm dumpster fire.

Georgia shot above their season averages tonight from the field, from behind the arc, and from the free throw line. Sopohmore Kentavious Caldwell-Pope was on fire tonight shooting 8-12 from the field and 4-8 from the arc. He finished the game with 22 points and 9 rebounds, both are highs for him in conference play. The next leading scorer for the Bulldogs was Sherrard Butler who finished the game with 8. Georgia was able to control the boards and take advantage of poor ball control and poor rebounding by the Aggies to get easy looks on the offensive side of the court.

The Aggies were led by guards Elston Turner with 19, and Fabyon Harris with 13. The Aggies as a team shot 34% from the field, 37% from behind the arc, nad 52% from the free throw line. The Aggies were caught out of position too often giving up 8 three pointers to a Georgia team that is only 32% from behind the arc on the season. Tonight's loss to #176 Georgia is the worst of the season according to ESPN's RPI.

The Aggies will travel to The Hump in Starkville to take on another terrible SEC basketball team in the maroon version of the Bulldogs. Lets hope the result of that game is different than the one against the Georgia Bulldogs.