Theorizing that one could time travel throughout history to aid in recruiting, Coach Bob Stoops stepped into the OU Stoops Accelerator and vanished...he woke to find himself trapped in the past, facing unfamiliar sights and sounds, and driven by an unknown force to make everyone as miserable as possible. And so he finds himself Stoopsing from generation to generation, hoping that his next leap will be the leap back home.

• h/t blumby for the images 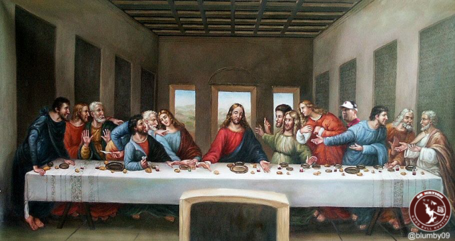 Man, this guy won't stop talking. Still…gotta be nice. I hear He’s almost impossible to bring down in the open field. And these other guys…what's with the robes? Ever heard of a POLO SHIRT and some nice pleated slacks? I thought this was supposed to be some fancy going-away dinner or something. And where's the damn waiter? You'd think with all this roundabout talk about fish the kitchen could scare up a decent tuna steak. WAITER! 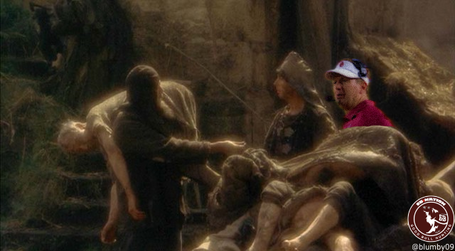 Huh? Wait, what? NO, I'm not dead of Plague. I'm just coaching in a January bowl game. Leave me alone. 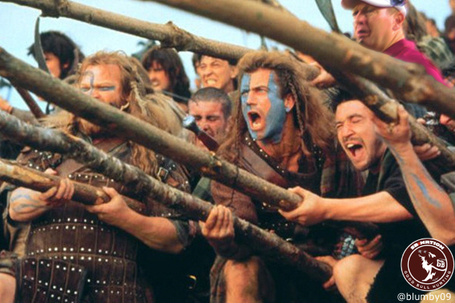 Hey, Shanks...you think you're pretty big stuff with your heavy horses and whatnot, but check this out: BIG STICKS! Betcha weren't expectin' that, were you? Special strategy I perfected back at Youngstown. Hey fellas, what's with these quilted skirts you guys are wearin'? I understand they provide a certain flexibility and freedom of movement, but still...looks a little silly, don't ya think? I mean those other guys over there get to wear armor and--- 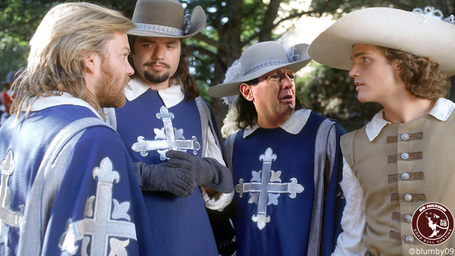 FRANCE?!?! You kiddin' me? How'm I supposed to find recruits in France? This kid's pretty cocky, though. Probably woulda pushed Jason White for playing time even though he's never seen a football. Still not sold on this "all for one" stuff. Sounds like your typical French Socialism or whatever. Least the food's good. And the swords are cool. Real underrated weapon. Shame they went out of style. Coulda used a few dozen in the '08 Fiesta Bow--- 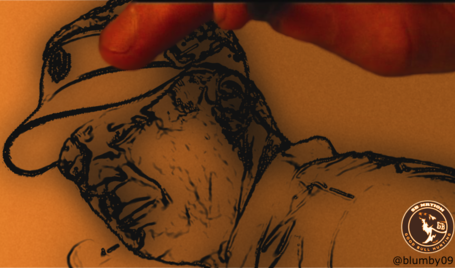 I want you to draw me wearing my visor, blumby09. Wearing only...my visor. 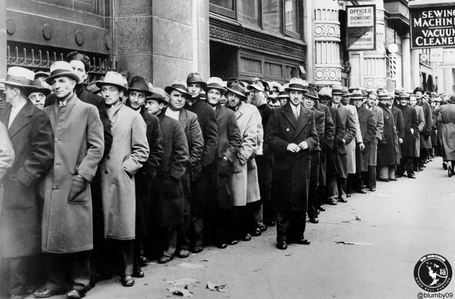 OW! Quit pushin’, mister. I don’t even know what we’re in line for, but I know I’m in front of you. And you: no cuts, Clark Gable, alright?! I don’t care if you did put on your best suit today to come stand in line. Say, what is this...the DMV? What’s with all the Tom Landry hats? You guys all look pretty scrawny. What kinda lifting program y’all in? What’s that? Jobs? Listen, pal, I don’t wanna gloat but I think my job is pretty secu-- 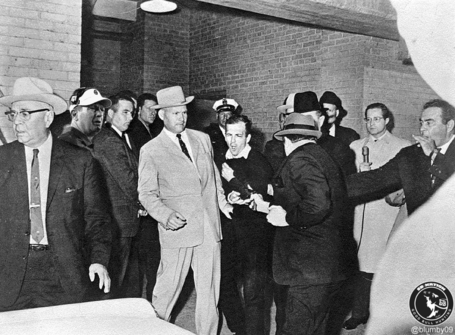 Oswald: pretty quick, slippery guy. Good reflexes. I'd probably try him at inside receiver, maybe a special teams guy. I hate this part of Dallas. Prefer the Fairgrounds. Only came down here to see that grassy knoll everybody's talking about but it's just a bunch of damn photographers. Hey, that's that nightclub owner guy and HEY WHAT ARE YOU DOIN--- 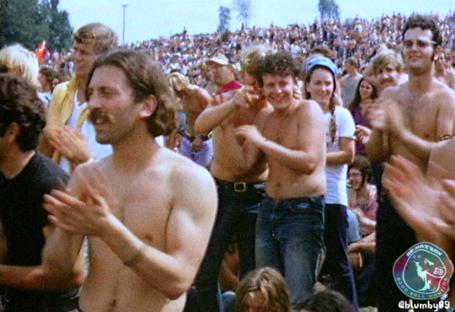 What tha…I can barely even hear myself think. Pete’s sake, people…take a bath once in a while. Huh? No, I don’t want a dang ‘happy pill,’ thank you. I hold myself to the same standards as an OU athlete. Wait…is that you, Powell? No way. Hey…what’s that smell? And is that the Star Spangled-Banner? Criminy, this one’s been miserable. What’s wrong with just a traditional orchestral ensemble with--- 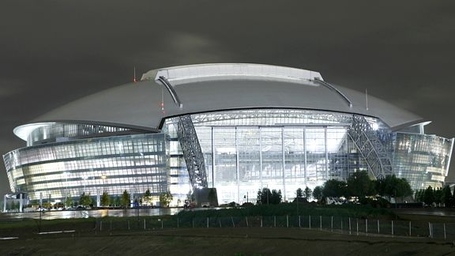