The legend of Johnny Football continued to grow this afternoon as he sat down the playbook to save an innocent life.

Share All sharing options for: Johnny Manziel Moves One Step Closer to Sainthood

There are so many stories in sports that can inspire a nation. An American sprinter finished his leg of the relay on a broken leg so he wouldn't let his teammates and his country down. Oscar Pistorius broke every known boundary to compete in the Olympic games this past summer. Jason McElwain didn't let autism get in his way of scoring a game-high 20 points for his high school team. Derek Redmond pulled his hamstring in the '92 Olympics and was helped to the finish line by his father.

That's great and all, and I'ma let you finish, but those sports stories pale in comparison to the budding legend of a young star quarterback in College Station. The life of a college quarterback is hectic. They have the dual workload of school and sports to balance along with every other part of being a young man in college. It's the little acts of bravery and honor that separate the men from the boys. John 15:13 states "Greater love hath no man than this, that a man lay down his life for his friends." Well friends, today in College Station, another chapter was added to the book of the legend of Johnny "Football" Manziel as he put his own life at risk to save the life of another.

Just rescued a kitten from the middle of Wellborn Rd. instagr.am/p/QDHa5Eo3Og/ 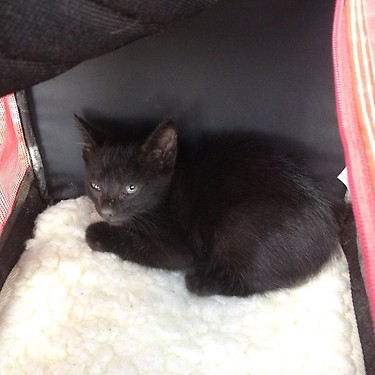 "@jmanziel2: Just rescued a kitten from the middle of Wellborn Rd. instagr.am/p/QDHa5Eo3Og/" Take that, Tim Tebow.

@jmanziel2 omg can I have it!?

@jmanziel2 ill be in college station this weekend! is it a boy or a girl? Youre a kitten hero.

...and that is why everyone wants to be the quarterback. Deal with it. But to end on a serious note, pretty awesome thing for Johnny to do. Oh, and congrats on, well you know.