After another sluggish start, the Aggie offense finally got rolling, exploding for 35 points in the second quarter. The five touchdown drives were due in large part to the creativity of Johnny Manziel and the great field position established by the punt return skills of Dustin Harris. Yet somehow, the run game seemed bogged down at times, and the OL play still seems to be a concern heading into the heart of the SEC schedule.

The team racked up 70 points (the highest total since Baylor 2003) and added a couple of non-offensive touchdowns on a 96-yard Harris punt return and a 22-yard interception return by Deshazor Everett. The second team offense got to play the entire second half, gaining valuable experience, while the defensive front seven continued to look stellar, adding four more sacks to bring the season total up to 16.

But despite the score, there do seem to be areas that need improvement. The offensive line play was disjointed and they seemed unable to get a concerted push against an FCS defensive front. This is a concern as we get ready for Arkansas--

WAIT WAIT WHAT IS GOING ON 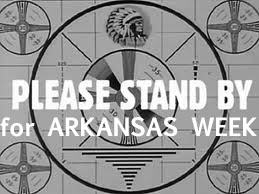 And, in closing, watch this over and over: