ESPN's College GameDay: They're comin' to our city

Share All sharing options for: ESPN's College GameDay: They're comin' to our city 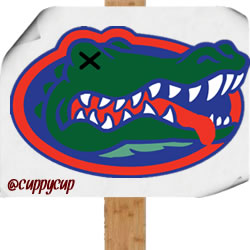 ESPN's College GameDay is coming to College Station for our season opener vs. the Florida Gators on September 8. Kirk Herbstreit announced the decision during the Alabama-Michigan rout on ABC. The choice is appropriate since Kyle Field will be rocking for our SEC debut and the Aggies put forth our greatest internet-poll-dominating effort to win the GameDay commercial contest this summer.

This will be Texas A&M's fourth College Gameday appearance and its third time hosting. Previous GameDay appearances included a road loss to Colorado and a pair of home losses to Oklahoma. We're due, right? Aggies everywhere can let go of the acrimony we've been harboring ever since ESPN chose the Illinois vs. Northwestern game at Wrigley Field over our match-up with Nebraska in 2010. The Nebraska game would have been a big stage for us. We won the game and the atmosphere of Kyle Field was magical that night.

Kirk Herbstreit loves the 12th Man and we Aggies will be prepared to welcome the crew to College Station. I'm anxious to see what storylines ESPN runs with during the show. The SEC move will clearly be a focal point, but I'm curious to see how they'll feature redshirt freshman QB Johnny Manziel and new head coach Kevin Sumlin for starters.

Be sure to leave comments with your GameDay sign ideas and tweet us screencaps if you make the show. The game kicks off at 2:30pm CT.