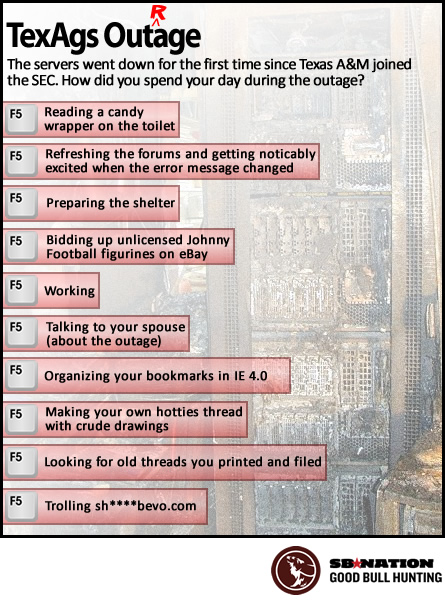 Productivity was up 23% in workplaces across a sliver of East Texas and surrounding areas this Tuesday as the popular Aggie message board TexAgs.com was offline for most of the day. The downtime occurred two days after the announcement that the Aggies will play in the Cotton Bowl and five days prior to the Heisman Trophy presentation, which features Texas A&M quarterback Johnny Manziel as the favorite.

"It was just awful," said one office worker who wished to remain anonymous. "I was sitting there this morning deleting work e-mails and I kept clicking over to TexAgs and hitting refresh, but there was a database error. After a while, I just gave up and decided to get some work done." The worker later admitted to playing "Words With Friends" a short time later.