Possible Replacements for the Departed Kingsbury

It is that time of year again. Time to fire up that old FlightAware website, buy subscriptions to multiple Texas A&M message boards, retweet any possible rumor no matter the source, and bitch about any possible coaching hire we make. Awww, the holidays.

Share All sharing options for: Possible Replacements for the Departed Kingsbury

It is tough to see a young, great offensive-minded coach decide to commit career suicide by taking a head coaching job in the wasteland known as Lubbock just because it is his alma mater and they offered him a couple million per year to do it. Whatever, bro. See you on the streets in four years. Enjoy washing down your STDs with non-alcoholic beverages.

Welp, now that's out or our system so it is time to look to what lies ahead. For Kevin Sumlin, it is phone calls, text messages, emails, and the occasional resume shipped by UPS overnight that says "PLEASE JUST READ ME AND CONSIDER." Quite frankly, every offensive coach in the country should be asking about the open position at Texas A&M with the offense in place proven to work in the SEC, a Heisman trophy winner returning for three more seasons, four and five star recruits committing every day, and a salary that is in the top 10 percent for the position. But let's get serious. Who are the real contenders here? We have no inside information (that is what the pros are for that actually take your $10 every month), but we can have fun speculating at who could be the new man in black on the sidelines.

It is unknown exactly what direction head coach Kevin Sumlin could go in to fill the position, but here is a list of guys that could directly fill the offensive coordinator position. (NOTE: use links in the name of the candidate to read their official bio pages)

David Beaty, WR coach, Texas A&M -- Let's start out with a couple of guys already on staff. The first is current Texas A&M wide receivers coach David Beaty. Known as the ace recruiter on the Texas A&M staff locking down Dallas area talent, it is essential he remain on staff and that may require giving him the offensive coordinator title and the nice raise that goes along with it. Beaty has experience being the offensive coordinator at Kansas and Rice in previous stops. Question is, will a move up in position take Beaty off the road recruiting?

Clarence McKinney, RB coach, Texas A&M -- Coach McKinney is another current staff member that could see an elevation in title. McKinney knows the offense well since he spent several years with Sumlin at the University of Houston. However, just like Beaty, he has recruiting responsibilities that could take the forefront. What Beaty is to Dallas, McKinney is to Houston. Plus, he is already the recruiting coordinator in title.

Noel Mazzone, offensive coordinator/QB coach, UCLA -- Noel Mazzone would be my pick to replace Kliff Kingsbury if I were Kevin Sumlin. Thankfully for the program, I have no such responsibilities. Mazzone was a rumored candidate this time last year to be the hire originally as our offensive coordinator. When he didn't get the job, he joined Jim Mora Jr. at UCLA and helped guide the Bruins and their own redshirt freshman sensation quarterback to the PAC12 title game. Mazzone runs a spread offense as well, but focuses more on a running game as UCLA RB Jonathan Franklin was a finalist for the Doak Walker award this year. With the talent Texas A&M currently has at RB and along the offensive line, this might not be a bad opportunity to bring in a play-caller who uses that tendency more than Kingsbury did (even though we led the SEC in rushing this year but who keeps tracks of stats?).

Mike Norvell, offensive coordinator/QB coach, ASU -- It is amazing Todd Graham hasn't changed jobs yet this offseason. That doesn't mean his offensive coordinator can't though. Norvell is an intriguing candidate not only because he operates a high octane offense out in Arizona, but because he also has been a recruiting director in the past when he was at Pittsburgh with Graham before jumping to Arizona State.

Lincoln Riley, offensive coordinator/QB coach, ECU -- If you are in the "let's hire another young offensive coordinator that was a Texas Tech graduate" camp, than Lincoln Riley is your guy. You may not recognize Riley's name because he has been coaching C-USA ball out in Carolina, but think back to that Alamo Bowl game after Mike Leach was fired against Michigan State. Yep, that was Lincoln Riley calling plays for Texas Tech for the very first time. While Riley has led stat-monster offensives in the past, you have to wonder if that is more because of the league he plays in than actual offensive prowess. Plus he is only 29 years old. Could the players tell him apart from a graduate assistant?

Jake Spavital, QB coach, WVU -- Here is another young guy that may be ready for his opportunity to shine. Spavital is a Dana Holgorsen disciple, moving with him from Oklahoma State. But he has also been around Kevin Sumlin before, working as a graduate assistant at Houston before moving with Dana to the Cowboys. Sumlin might have enough faith in him to take a chance on him as a playcaller or may also bring him in as a QB coach if he moves Beaty or McKinney up to full-time OC. He coached the Heisman winner of September Geno Smith, so maybe he is ready to coach the Heisman winner of 2012. An under-the-radar name to definitely watch. 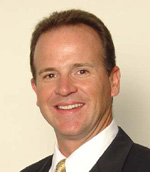 Bob Stitt, head football coach, CSM -- Time to get into some out-of-the-box candidates. Bob Stitt has become a message board and Twitter favorite for the position among Texas A&M fans. He currently is the head football coach at the Colorado School of Mines (not for the blind like I originally thought) and is known in the internet world as an offensive genius. This USA Today article credits him with teaching Dana Holgorsen the "fly sweep" play he assaulted Clemson with a year ago in the Orange Bowl and a play that has made an appearance on Kyle Field. Stitt says he would be interested in becoming an OC at a major program if he was given full control of play calling duties, and that may be a sticking point for Sumlin. You have to wonder why no other school has offered him a job if he is in fact the next greatest thing since sliced bread as the internet claims. 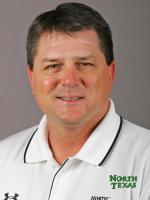 Todd Dodge, head football coach, Marble Falls High School -- I'm not a believer that this is a possibility, but I'll throw Dodge in here because 1) I've seen his name floated around on Twitter and message boards and 2) his son Riley currently works at Texas A&M as a graduate assistant. His stint at University of North Texas was a dumpster fire to be honest, but he is a huge name in the Texas High School Football ranks, winning multiple state championships at Southlake Carroll and he might actually succeed at the college level as a playcaller like Chad Morris has. Interesting, but not likely. Plus, who wants a teasip on the sidelines? He will never wear maroon.

We've hit on offensive coordinator replacements, but if Beaty or McKinney moves up and takes the title, who could their replacements be? Yep, we cover it all here.

Eric Morris, WR coach, WSU -- If Coach Beaty were to move up, Eric Morris could be a potential replacement at receivers. Morris spent the past two seasons at Houston with Sumlin and Kingsbury as a graduate assistant before joining Mike Leach's staff at Washington State in a real gig. If Morris doesn't come to A&M, he could find himself on Kingsbury's staff at Texas Tech. And the headline of "Texas A&M hires Coach Morris" would be great. No, not Chad. The other one.

Travis Bush, RB coach, UH -- If McKinney moves up, we could go back to the minor leagues and call up another RB coach from Houston as a replacement. Bush hasn't worked directly with Sumlin before as he was the offensive coordinator at UTSA before making the move to Houston. But he is an up-and-comer in the business, and a native Texan graduating from Texas State and Gregory-Portland High School.

Adrian Klemm, run game coordinator/OL coach, UCLA -- If Kevin Sumlin pulls a surprise and it is actually BJ Anderson that is moved up, we would have to find another offensive line coach. The best in the business right now may be Adrian Klemm at UCLA. The former NFL offensive lineman and Super Bowl winner is a recruiting hoss, period. He got his first opportunity at SMU under his former college coach June Jones so he is familiar with the Texas scene. After all, Texas A&M needs another ace recruiter right now, don't we?

That's it boys and girls. I think we have thrown enough names into the pool that we might just hit on one of these. Whatever happens, Trust in Sumlin.