Despite being in the spotlight, Johnny Manziel struggles with being JFF and with the close losses to Florida and LSU. Meanwhile, football terror Sabane wreaks havoc on the Southeastern Conference and soon, all of college football. Johnny feels compelled to intervene to stop Sabane before he takes it all.

Johnny: If this man is everything that you say he is, then this team needs me.
Kliff: This team needs a quarterback, your skills, your knowledge. It doesn't need your body, or your life. That time has passed.
Johnny: You're afraid that if I go back out there I'll fail.
Kliff: No. I'm afraid that you want to. 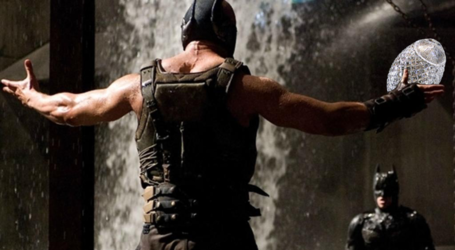 Sabane: No huddle and up-tempo offenses are powerful agents to the uninitiated... but the Crimson Tide is initiated, isn't it Johnny? We play grown man football!

[Lifts Johhny by the neck]

Sabane: And you betrayed it!
Johnny: You were excommunicated... by the NFL!

[Sabane viciously beats Johnny and throws him to the ground]

Sabane: I AM the Southeastern Conference! You play like a younger man, with nothing held back. Admirable but mistaken. 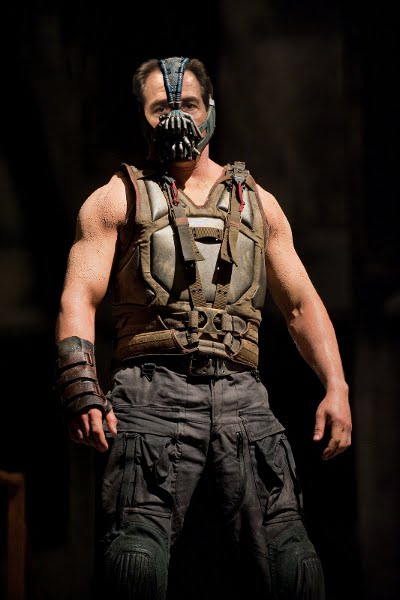 [After being beaten unconscious, Johnny is held captive. He regains consciousness with Sabane standing over him.]

Johnny: Why didn't you just... kill me?
Sabane: You don't fear death... You welcome it. Your punishment must be more severe.
Johnny: Torture?
Sabane: Yes. But not of your body... Of your soul.
Johnny: Where am I?
Sabane: Bryant-Denny, where I learned the truth about despair, as will you. There's a reason why this stadium is the worst hell on earth... Hope. Every team who has played here over the years has looked up to the light and imagined a victory. So easy... So simple... And like shipwrecked men turning to sea water from uncontrollable thirst, many have died trying. I learned here that there can be no true despair without hope. So, as I terrorize the Aggies, I will feed their fans hope to poison their souls. I will let them believe they can win so that you can watch them clamoring over each other to "stay in the hunt." You can watch me torture an entire fanbase and when you have truly understood the depth of your failure, we will fulfill Dennis Franchione's destiny... We will destroy Texas A&M and then, when it is done and A&M is ashes, then you have my permission to die.

[Johnny is left trapped underground in the depths of Bryant-Denny Stadium. There he meets others that have been taken captive. He knows he must escape to confront the Crimson Tide, but doesn't feel he has the will to continue.] 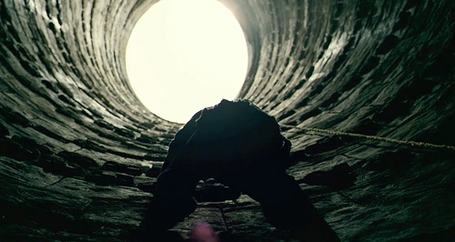 [After regaining his confidence, Johnny climbs his way out of the depths where he flees to join the rest of his team] 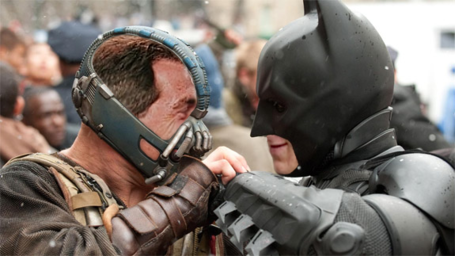 Sabane: So, you came back to die with your team.

Johnny: No. I came back to stop you.

[Johnny and the Aggies take on Sabane and the Crimson Tide. It's a vicious battle, but Johnny slowly becomes overwhelmed. Sabane is on the verge of killing him when unexpectedly...] 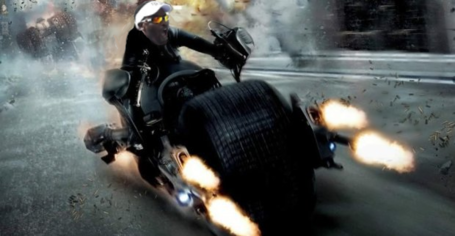 Coach Sumlin: GET A DOG, MOTHERFUCKER!

[Coach Sumlin blasts the shit out of Sabane on his Swaggercycle.]

[Shortly after, they find that Sabane has rigged the crystal football with a small nuclear bomb. Panic sets in for everyone, but Johnny steps forward, grabs it, and begins running East as fast as possible. Minutes later...] 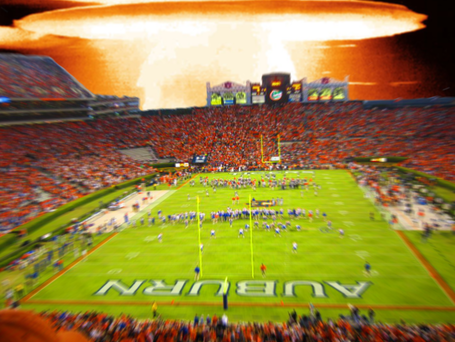 [After the funeral for Johnny, Kliff goes to San Antonio, to a cafe along the Riverwalk. Every evening he'd sit there and order a cold Shiner Bock. He had this fantasy that he would look across the tables and see Johnny there, with a wife and maybe a couple of kids. He wouldn't say anything to me, nor me to him. But we'd both know that he'd made it, that he was happy.] 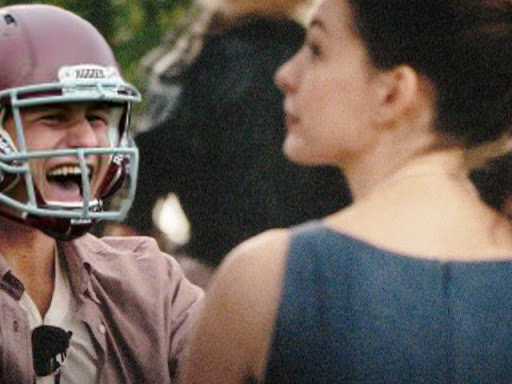