By the Numbers: Missouri

Last night we counted on the seniors, and they came through. Here's what else counted.

Share All sharing options for: By the Numbers: Missouri

The hush that came over Kyle Field when Johnny tweaked his knee was instant and complete, like a heavy curtain being dropped. Thankfully, the delay was just precautionary and he was able to come back. We'll find out soon enough if that will pay off in the Heisman race.

Last night we ended Missouri's two-year winning streak at Kyle Field. The bizarre fluke in scheduling that was generated by the dissolving re-structuring of the Big 12, then the move to the SEC caused us to play Mizzou at home for three straight years, and they beat us in '10 and '11. I don't think Sumlin appreciated this.

All three came within a nine-minute window in the second quarter, and all three were highlights. The first was an absolute bullet to Swope, and the next two were classic Johnny scrambles where he ran around for about 50 yards in the backfield, then threw back across his body to the eventually open receivers (Evans and EZ).

For a 15 YPC average and two touchdowns. Great to see him have a big game on Senior Night after a rocky start to the season. He provided a huge spark in the game by scoring on the next play after Johnny went down on a fantastic 38-yard run where he demolished a Tiger defender with a stiff-arm.

Two more from Johnny and one from Malena in addition to C-Mike's. That's 42 on the year, the fourth-most in the nation and the most in the SEC. Not bad for the spread offense, huh?

6. Consecutive touchdown drives to open the first half.

While holding Missouri to punt, punt, punt, fumble, punt. It was 42-0 before they scored with 16 seconds left in the half. At one point in the second quarter, the yardage advantage was 436 to 70. (Thanks for the twittering, DerekAggie06.)

Kennedy went over a hundred yards and was seemingly uncovered in the first half. The sophomore has come on really big in the last part of the season, snagging the game-winning touchdown against Alabama on a beautiful corner route. The key word is "sophomore" and it looks like Manziel has a new second-favorite target for the next couple of years.

The favorite target. After fighting through some injuries the past few weeks, the beast was back. 99 yards and a touchdown. Maybe the media will start asking if they can interview him sometime soon. Season stats: 75 catches, 1,022 yards, 5 TDs. That's fourth in the conference in receiving yards. Freshman.

9. DERPitude level of Ed Cunningham in the booth.

On a scale of ten. This may be generous. Those of you fortunate enough to be at the game missed some high comedy from Mr. Ed. Not only was he sporting a Mr. Rogers sweater/tie combination, but he was wrong virtually every time he speculated on anything. On the first Aggie drive, he was rattling off facts about Swope and immediately went into a summary of Damontre Moore's abilities on defense, probably reading directly off of his index card. He also told us that Johnny would not return to the game based on the way Luke Joeckel patted him on the head. He then completely misdiagnosed the Evans out-of-bounds reception non-penalty play, which was made even more hilarious when he revealed he had been through the official NCAA officiating training courses later on in the broadcast. He was quite critical of the decision to keep Johnny in the game in the third quarter also. Yaaawwwnnn. This has been your terrible announcer tidbit for the week. 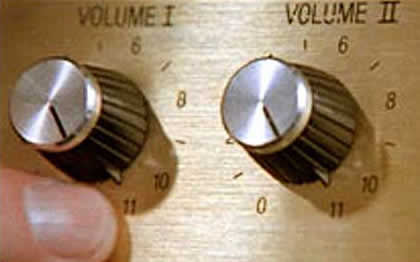 Great job, all those who were there. It was LOUD on TV, especially on that second TD pass by Johnny to Evans where he was running around with his arms upraised after the score. I don't think any other venue in the nation would make that kind of noise on a play that put their team up 35-0 in the second quarter. Can't wait to get back to the Hate Barn next season.

12. Consecutive third down conversions to begin the game.

Yes, we converted our first twelve third downs in a row. This might be the most impressive number, even with all of the other video game stats that were put on the board.

Well done. We haven't seen a lot out of #31 this year, but he was certainly visible against Mizzou. Matthews is another sophomore who should be a key player for the next couple of seasons in Snyder's defense. At 6'2" and 200+ lbs, he's got the potential to be a solid SEC safety in the future.

This is the sixth time this year we've gone over 600 yards of offense. Think about it: that's half of our games. We have more offense in those six games than several BCS conference schools have in their entire season. This is even more impressive when you take into consideration that neither Sam Houston State or South Carolina State were victims in this stat. We gained 600 yards of offense on four SEC teams. If KK wants a raise, we'd better give it to him. Those designer shades ain't cheap, but they're worth it.

I'mma stop here, but I definitely plan on a cumulative season By the Numbers post at some point. I have a lot of fun doing these things.