MSPOW: Cupcakes with a Bang

Surely everyone knows that munching down on a bunch of cupcakes won't prepare one for a real football team. Right?

Share All sharing options for: MSPOW: Cupcakes with a Bang

So, Louisiana Tech fancies themselves as a top caliber program, a BCS Buster, and a lock for Top-10 Status by the end of the year.

Let's take a look at some quick facts and do a little extrapolation. 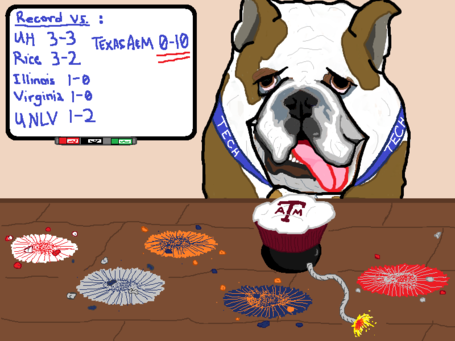